A US Marine Corps veteran, who streams his incredible gameplay on Twitch, has got his first win on new battle royale Apex Legends, and fans are loving it.

Going by ‘ToeYouUp’ on Twitch, the streamer lost his arm in a motorcycle accident, but has “overcome the challenges of playing, by using his foot, in place of his hand.”

His unorthodox playing technique is particularly impressive given his penchant for FPS games, which require more precise aiming than most genres, and has previously shown his talents in Battlefield. 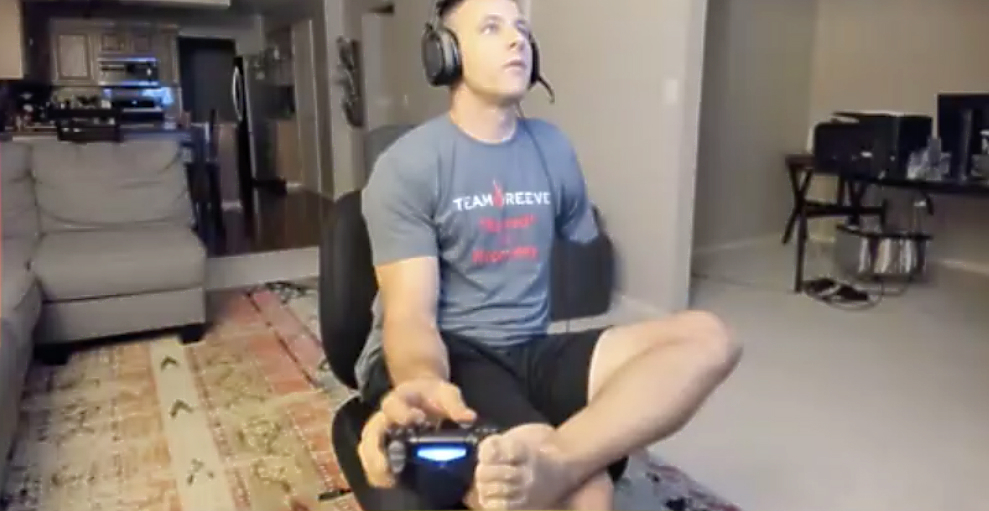 ‘ToeYouUp’ uses his right arm and left foot to play with a PS4 controller.

Now experienced with his unique controller form, ToeYouUp can compete online quite comfortably with other players, and even on a game like Apex Legends – which is notoriously tricky to be accurate in close range battles.

But, his disadvantage appears to affect him little in-game, as ToeYouUp clutched up for the win, putting down the final opponent with some pinpoint shots.

The moment was shared on social media, helping it go viral, and viewers could hardly believe the skill on show despite the Veteran’s disadvantage, which seems the hardly impact his gameplay at all.

One user reacted: “Everytime I see these clips of people missing arms and still kick ass in games, I cannot begin to describe the respect I have for them.” Another said “And i can’t even win with 2 hands.”

You can watch ToeYouUp stream live on his Twitch channel, and prepare to be seriously impressed by his skills – which put some two-armed players to shame.

If you want to improve at Apex Legends, be sure to check out our guides for the best Legends to use and the best places to land.