How to consistently get the best drops in Apex Legends

Every game of Apex Legends starts with the same drop mechanic most battle royales employ, but a simple technique could vastly improve players’ ability to get on the ground before anyone else.

The beginning of an Apex Legends match sees players racing to the battlefield from above and by using an alternating pattern while plunging onto the map, players can get to the best loot quicker than their competition.

In a Reddit post, ‘TheBigSm0ke’ explained how the routine and simple way of dropping onto the map is inefficient, while also giving players the optimal way to make their descent to the map.

I see a lot of people dropping incorrectly in Apex. So I made this very basic diagram of how to travel the furthest and get down the fastest from r/apexlegends

TheBigSm0ke suggests dropping straight down until hitting roughly 145 units of speed, then pulling up to a glide until reducing speed to a 130-135. Repeat the steps one more time, until the player is over their destination where they should drop straight down.

Typically, players think that a the quickest way to the floor is a straight path to their destination, however this method leaves players “floating” which significantly increases the time to hit the ground.

“Moving diagonally from the drop ship puts you into a float and slows your descent and lengthens the time it takes you to get to the ground,” TheBigSm0ke said. 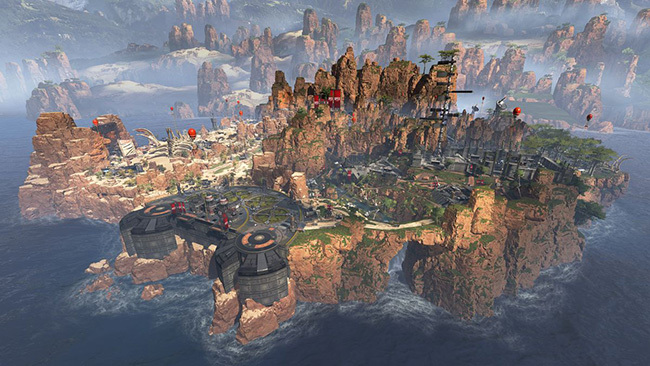 The simple method could give players a better way to reach further drop points on the map.

Moreover, the technique can provide longer travel distances of up to 1000m from the initial drop point, according to some players.

TheBigSm0ke compared it to how PUBG’s drops used to function before they got a rework, and the mechanics can basically be transferred over to Apex Legends.