A fan of the gaming community has taken to Reddit to give an in-depth take on why popular Twitch streamer Tyler ‘Ninja’ Blevins’ recent video on WIRED has received so much hate.

Ninja set another major precedent for the gaming community by appearing on the popular YouTube channel WIRED and answering some of the web’s most search questions.

Despite the fact that Ninja was included in a series that normally features famous celebrities and athletes, the video sits at over 150,000 dislikes, compared to 267,000 likes.

Reddit user ‘TheTroyFields,’ who claims to be a gaming fan for over 10 years, is very disappointed that so many people in the Fortnite communtiy would dislike a video that features on of their own on such a big stage.

He chalks it up to being “a slap in the face to the gaming community as a whole,” claiming that “most people disliked the video to troll or hurt Ninja’s brand.” 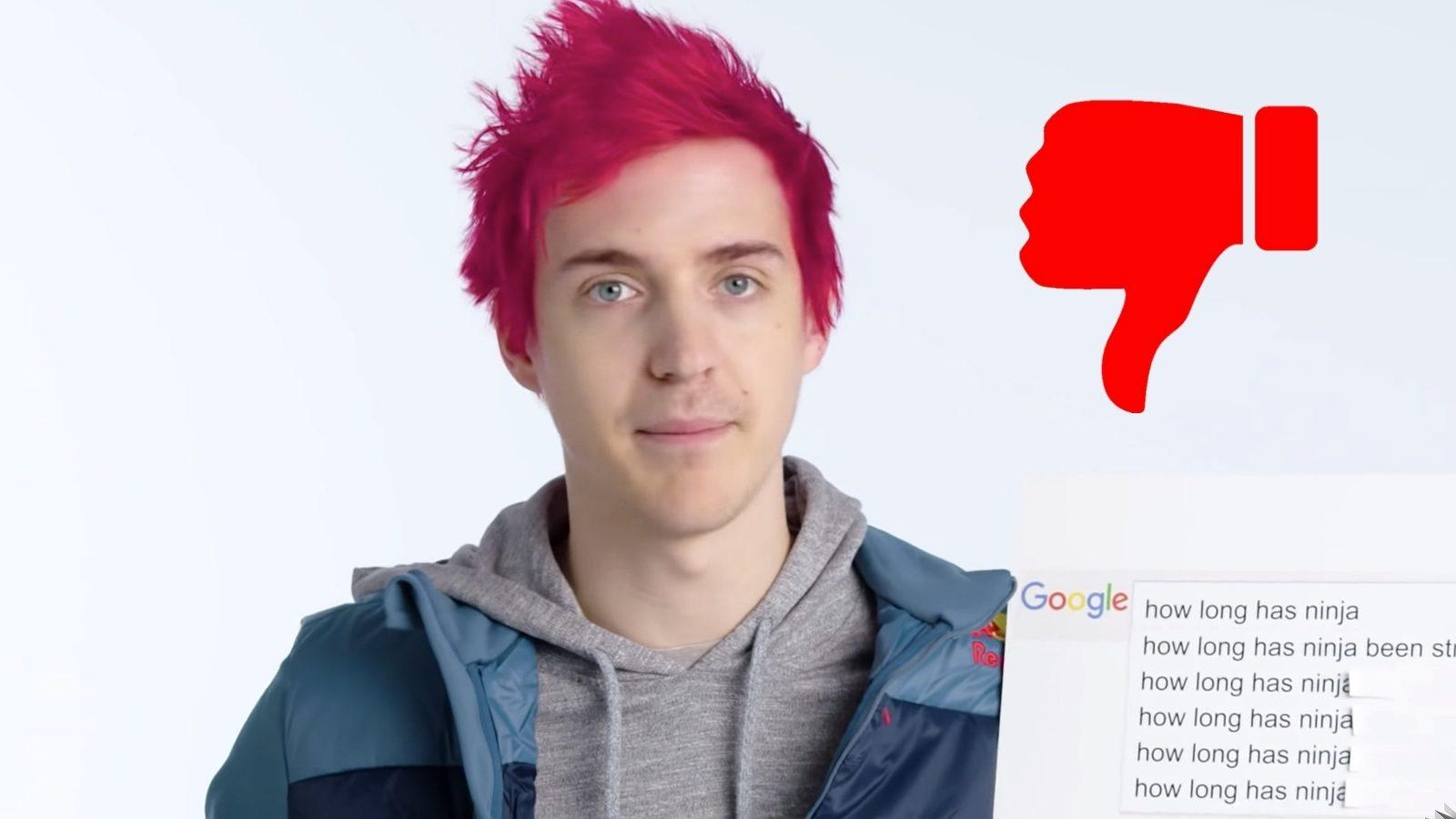 He goes on to say, however, that he feels as though Ninja’s brand is strong enough to not suffer much damage from this, and that this massive spree of dislikes actually hurts every other big gaming content creator’s chances at huge success.

His thought process is that many of these prominent entertainment hubs that don’t normally focus on gaming, such as WIRED, will now be dismayed from going the gaming route again out of fear that similar hate will surface again.

“The only thing these dislikes are doing successfully is telling media sources and other companies that ‘you don’t want to [create] content on gamers,'” he writes. “Ninja will still have his media appearances and publicity, the community will just ruin every other streamer’s chances to have these same opportunities.” 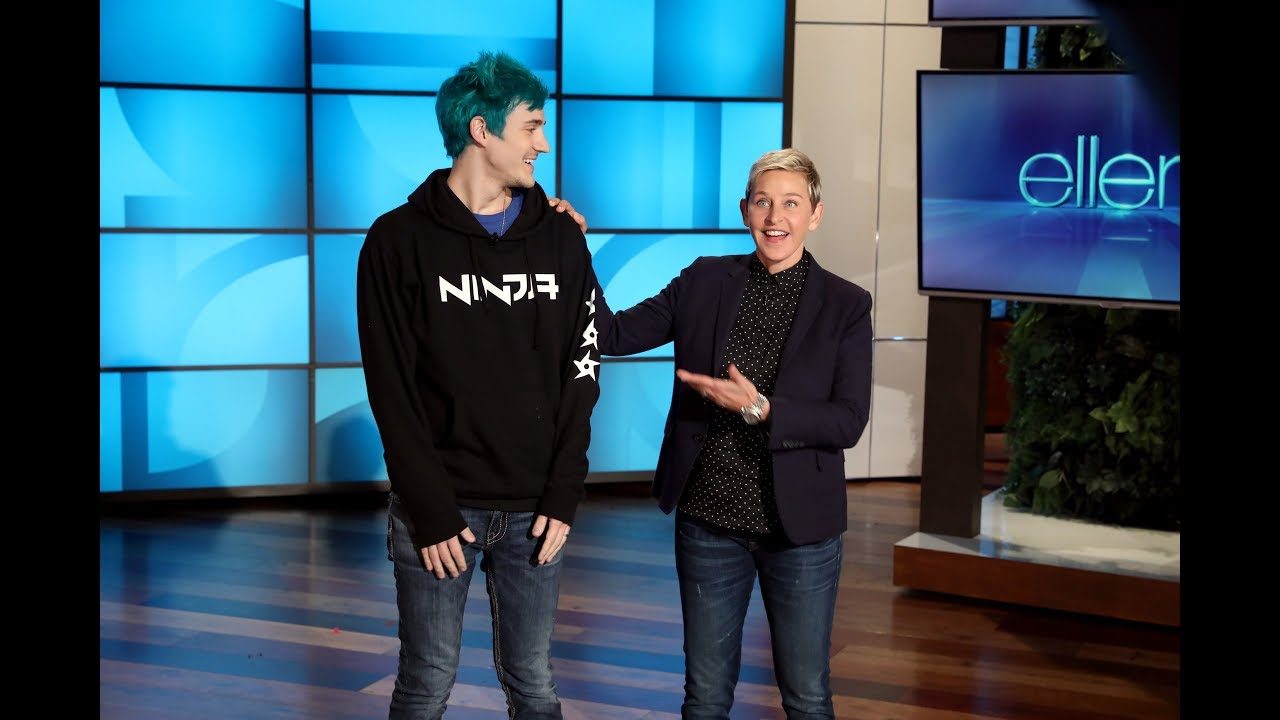 Having appeared on shows like Ellen, Ninja’s brand is likely strong enough to withstand a massive dislike spree on YouTube.

He adds that if the Fortnite community and its content creators are to thrive beyond just the sphere of the game, all of the players, viewers, and fans to rally around the streamers and YouTubers and show collective support.

He uses League of Legends as a prime example of how a community and esport has maintained its prominence due to fans giving their unwavering support and putting aside their personal agendas and biases.

You can read the Reddit post in its entirety below, as well as view Ninja’s WIRED video where he answers the web’s most searched questions.

I’ve been a gaming fan for over 10 years now, especially in esports and the overall evolution of the gaming industry. Watching the growth of Fortnite has been nothing short of incredible. While in no way is Fortnite perfect, the tournament prize money, twitch viewership, and media outreach is years before its time. It’s a damn great time to be a gamer and I think it’ll only continue to improve.That being said, the only way this game can continue to thrive is through the support of this community.

The communities reaction to Ninja’s WIRED video (https://www.youtube.com/watch?v=FmKhO_RCd0Uis) is a slap in the face to the gaming community as a whole. This video having 145k dislikes at the time of writing is sad and to be truthfully honest disgusting. I’m not here to defend Ninja. But we have a gamer and TWITCH STREAMER, I REPEAT A TWITCH STREAMER on a segment that usually features the most famous movie stars and music artists.

While most people disliked this video to troll or hurt Ninja’s brand, but his brand is already well established and the trolling is already obvious to the entire community. The only thing these dislikes are doing successfully is telling media sources and other companies is that you don’t want to content on GAMERS. Ninja will still have his media appearances and publicity, the community will just ruin every other streamers chance to have these same opportunities. You won’t see a WIRED video with Tfue, Tim, Daequan or any other streamer you support and want to see succeed.

What I consider to be the most successful game/esport/gaming community is League of Legends. Having been around for over 9 years, having the most viewed esports events, and being one of the first games to break into the mass media is just a few of its successes. The reason the league of legends community has thrived for so long is due to the unwaivering support of its fans. The fans are able to put aside their personal agendas and opinions and look at ANY content objectively to say “Wow, this is awesome for the game” “Dan Gilbert and the Houston Rockets invested in league, this is huge for Esports”. Fans cared about not only the game, but the success of the gaming industry as a whole.

I want to see Fornite, Streamers, this community, and gaming thrive for a very long time. In order for that to be possible is through the community supporting EVERYONE. Please put your personal opinions aside and be happy for this community/gaming as a whole, because when one person eats we all eat.