HBO’s massively popular medieval drama ‘Game of Thrones’ has taken the world by storm, once again – and Twitch streamer Tyler ‘Ninja’ Blevins is not exempt from the hype.

In fact, Ninja’s own streaming schedule has been affected by the show, which he explained in a Twitter video uploaded on May 2.

“If anyone’s been wondering why my streams have been ending early, how come I’ve been getting out a bit later, it’s because I’ve literally watched seven seasons of Game of Thrones in the last week and a half,” he said, panning the camera around to show his HBO Now account. “I’m catching up for the finale, baby!”

Ninja’s humorous video was met with respect from his fellow streamers, with the likes of Tim ‘TimTheTatMan’ Bertar and Ben ‘DrLupo’ Lupo appearing to approve of his decision despite possible backlash from fans.

Popular EDM artist Dillon Francis even chimed in on the conversation, appearing to entertain the idea of following suit in order to catch up to the show’s eighth season.

Now i feel like i have to do this……damn….

While many fans were sympathetic and even excited for Ninja to catch up on the show, others noted that fans might try to spoil it for him – a debate that has taken the internet by storm following the release of ‘Avengers: Endgame’ in late April.

In fact, fans and commentators across the internet have debated the differences between spoiling a feature film as opposed to an ongoing television show, as many fans were caught live-tweeting GoT’s incredibly hyped episode ‘The Long Night’ on April 28. 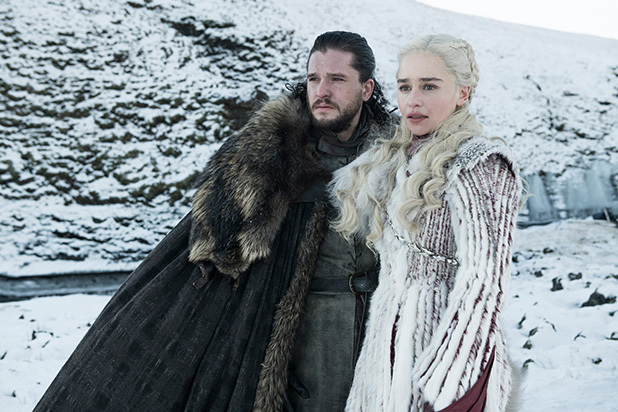 Game of Thrones is in the midst of its eighth and final season, having released its highly anticipated ‘The Long Night’ episode on April 28, just after the global release of ‘Avengers: Endgame.’
https://www.thewrap.com/game-of-thrones-season-8-new-photos-hbo/

However, Marvel has made major efforts to ensure that ‘Endgame’ goes unspoiled for superhero fans across the globe, with the Russo brothers publishing an open letter with the hashtag, ‘#DontSpoilTheEndGame.’

Fans were so adamant about not being spoiled that one Chinese movie-goer was brutally beaten outside a theater, after yelling spoilers to the audience waiting in line for tickets.

Game of Thrones will air the fourth episode of its final season on Sunday, which is reported to have a 78-minute-long runtime.