MrBeast responds to accusations of giving away fake money

Jimmy “MrBeast” Donaldson is known as the “Good Samaritan” of YouTube, famous for giving away vast amounts of cash in his videos. However, critics are claiming that the star is duping viewers in a significant way.

MrBeast uploaded a video on November 23 in which he opened a “free bank,” where he gave out cash to citizens in need through his “loan department” without requiring them to pay him back.

While the YouTuber’s charity was enough to bring two women to tears, critics pointed out a damning flaw in his project, noting that one of the dollar bills featured in the video read “Motion Picture” rather than “The United States of America” as seen on legal tender.

Thus, fans across the net believed the bills to be fake, which MrBeast addressed during an interview with Drama Alert’s Daniel “KEEMSTAR” Keem on November 27.

According to Donaldson, the reason he’d chosen to use fake bills was to mitigate potential safety risks for his customers, noting that giving out real cash could lead to danger for everyone involved. 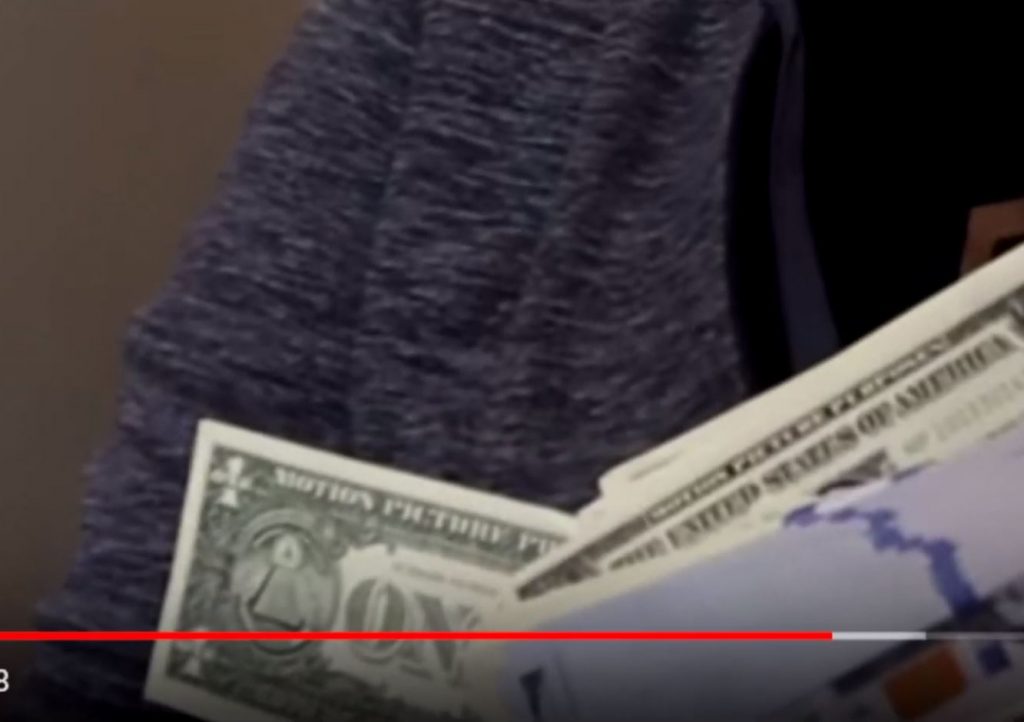 Fans noticed that one of the bills in MrBeast’s video was faked – leading to speculation that his entire video was merely a huge ruse.

“Long story short, if you have hundreds of people in one location, and you’re just handing out tons of money – if you’re handing out actual, real money, there are safety and security risks,” he explained. “Imagine when I give someone $10k, and they walk out the door, and all these other people see that you have $10k. As a responsible person, I can’t do that.”

Rather than sending the customers off with fake money, though, the YouTuber claimed that he gave them a check for the amount they’d agreed to once the cameras stopped rolling, admitting that the bills were merely props to prevent possible theft and bodily harm.

That’s not all: MrBeast admitted that the video boasted a “massive” budget, claiming that he gave out “six figures” worth of money with the project.

“It’s just more security reasons,” he continued. “We can’t have six figures in actual cash there. …it’s just not responsible.”

Despite the speculation, it looks like the internet’s philanthropist has avoided being “canceled” – and even managed to carry out his project responsibly, in the process.