Jake Paul is more than a mere YouTube star: having founded his own business, created music, and even dipped into a professional boxing career, it seems like this internet sensation is moving on from the “YouTube” label for good.

While Paul has hinted at leaving YouTube behind before, it seems like he’s finally done with the platform, as stated in a video uploaded on November 27 titled, “I’m quitting YouTube. Here’s why.”

In the video, Paul and his crew travel to San Diego for a training camp with pro boxer Ryan Garcia, where the YouTuber admitted that he doesn’t exactly want to be a “YouTuber” anymore. 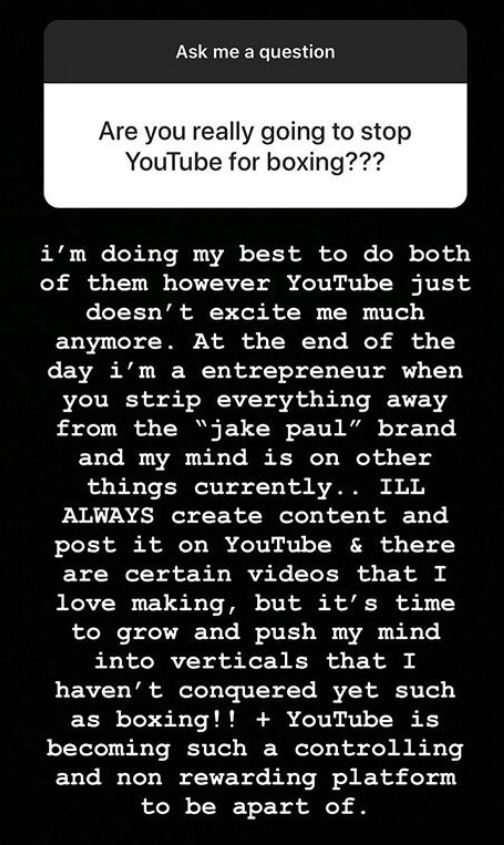 While he’s previously cited such reasons as YouTube’s divisive stance on demonetization and child-friendly content (seen in the FTC’s COPPA ruling), Jake admitted that he had received four lawsuits from filming videos – a major factor in his choice to step away from the website.

“Why am I like, waking up every single day to film YouTube videos that are just getting me in trouble?” Paul revealed. “Getting me in lawsuits – like, I have four lawsuits from filming YouTube videos – when I can do something I love waking up and doing that pushes me mentally to a place that I haven’t ever been before?”

That “something” is boxing, which Paul has been ardently pursuing as a professional career since his KO victory against YouTuber Deji in 2018.

Claiming that he “feels like himself in the ring,” Paul went on to admit that he wouldn’t ever truly “stop” his work on YouTube – but he’s taking a big mental step back from the content creation grind to focus on training.

“I’ll always produce YouTube content,” he continued. “But I think waking up and having YouTube be the only thing on your mind is a lot of YouTubers’ mentalities.” 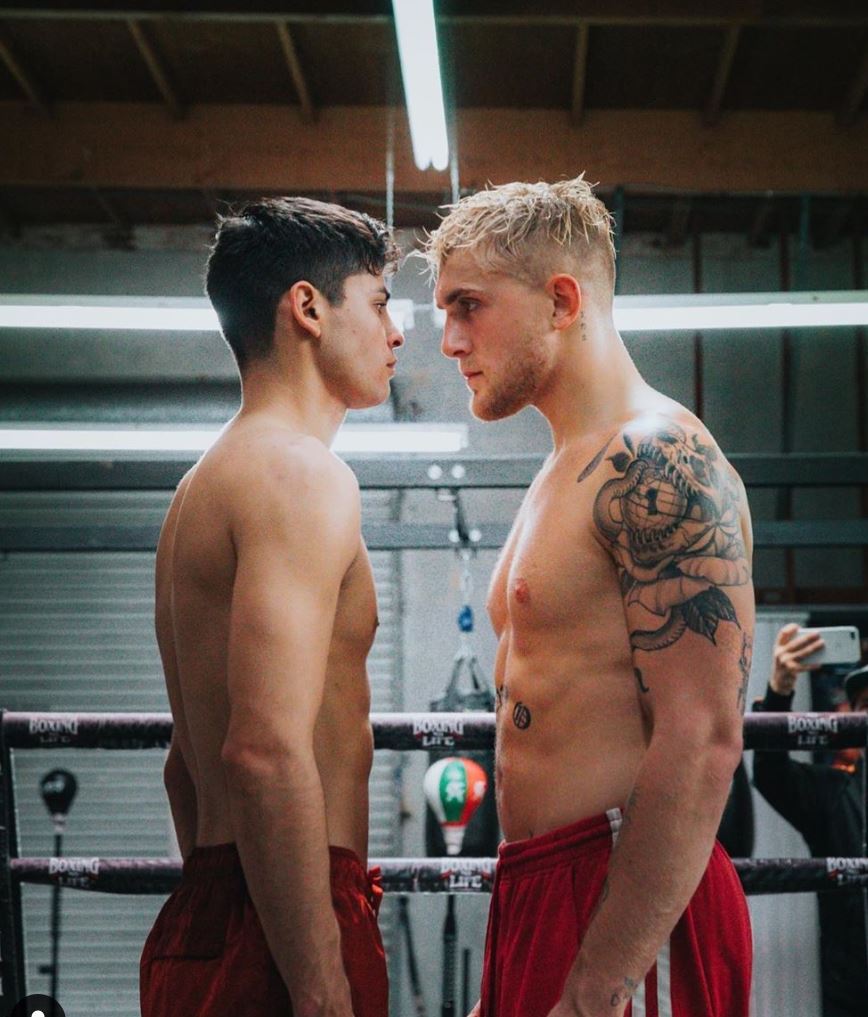 Jake Paul admitted the real reasons why he hopes to quit YouTube during an impromptu interview with pro boxer Ryan Garcia.

While Paul has yet to reveal his next opponent, he hopes to face off with the likes of Joe Weller, KSI, and even Deji, once more, who also revealed that he’s stepping back into the sport earlier in November.

With both Jake and Logan Paul looking to step away from YouTube to pursue fighting, Jake’s latest video could hint at a significant shift for some of the platform’s most prominent personalities to date.