Mr Beast spent $100,000 on lottery tickets with a predictable outcome

YouTube star Jimmy ‘Mr Beast’ Donaldson splashed the cash once again in his October 31 video, spending $100,000 on lottery tickets to find out how much he would make from his investment in prize money.

Mr Beast is well-known for taking on crazy challenges, and grabbed his friends Chris and Chandler to take part in his latest experiment, which saw him spend $100,000 on lottery tickets.

The tickets were split in half between Chris and Chandler, with whoever won the most money from their share of the tickets walking away with the amount they won. While the boys did win money, unsurprisingly, it wasn’t as successful as either of them had hoped. 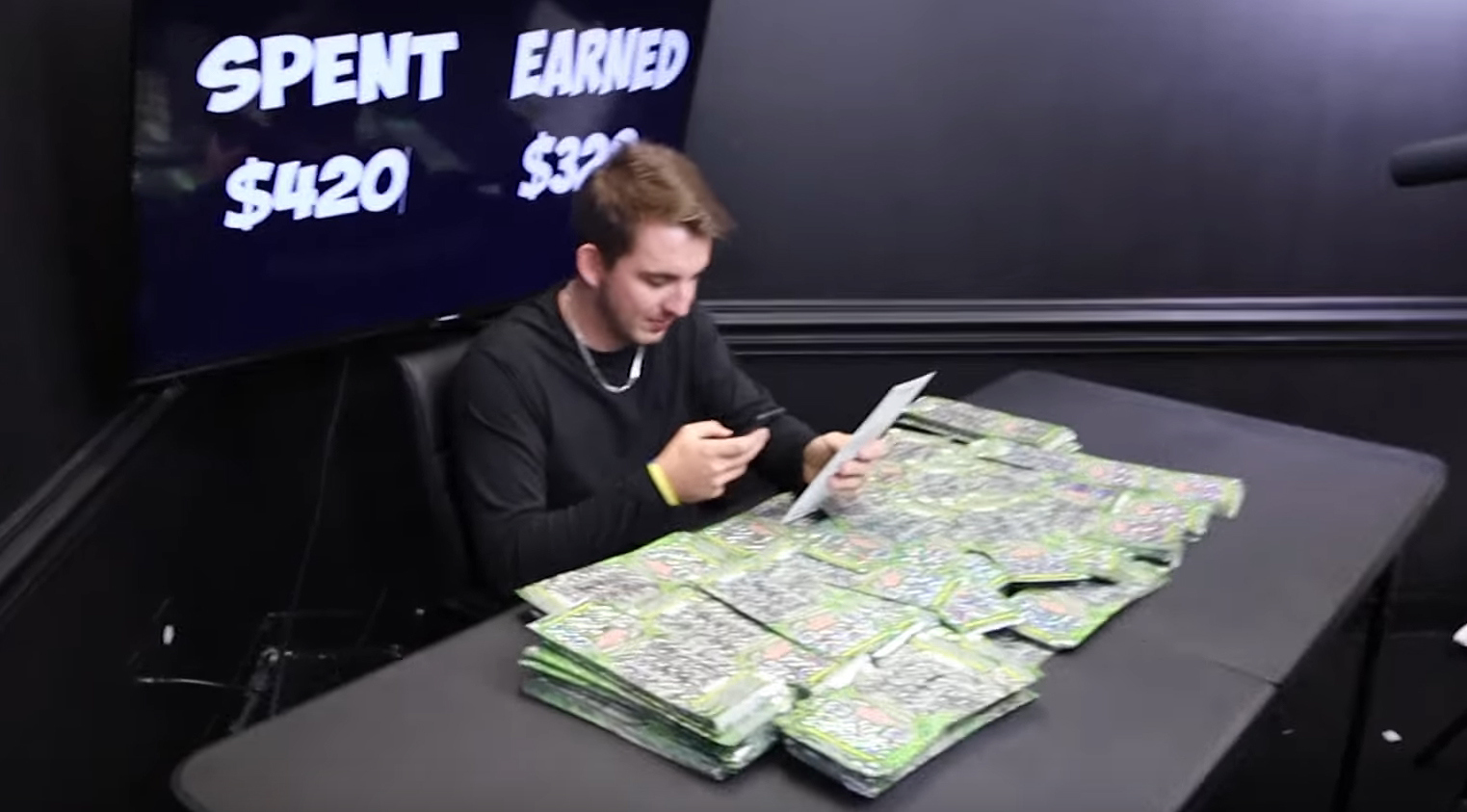 Mr Beast gave Chandler and Chris $50,000 in tickets each.

The pair sat down in different rooms with screens behind them showing their totals, and despite some antics from Mr Beast to try and give Chris some bad luck, including making him scan his tickets under a ladder and putting up drawings of black cats, he romped to victory over a dejected Chandler.

From Mr Beast’s $100,000 tickets, the pair won a combined $66,000 from the scratch-off lottery tickets, meaning the American actually lost money in the end, with $34,000 going down the drain in losing tickets.

Even though he won, Chris graciously handed off a handful of his winning tickets to Chandler, meaning neither man left empty-handed.

It’s not just his friends who are receiving money from the 21-year-old, as Mr Beast is currently raising money to plant 20 million trees in an effort to make a difference in the fight against climate change.

His drive so far has been a big success, with Elon Musk, Felix ‘pewdiepie’ Kjellberg, and Twitter CEO Jack Dorsey all donating to the cause, with the drive currently sitting at 11 million trees planted on Friday, November 1.