Elon Musk has tweeted his support for Mr Beast’s project, pledging an insane one million trees. While it’s possible he was joking (he is well known for his science of memes rants), he did seem serious in his support. If nothing else, it should raise awareness of the campaign beyond just Mr Beast’s reach.

Jimmy ‘MrBeast‘ Donaldson has recruited the help of his fellow YouTubers to reach his goal of planting 20 million trees, but he may have some unexpected help from Tesla and SpaceX entrepreneur Elon Musk too.

On October 25, MrBeast unveiled his plan to plant the millions of trees as a fundraiser on his YouTube channel, and the likes of KEEMSTAR and other top YouTuber’s are also joining in on the #TeamTrees project.

There has been some criticism though, but MrBeast responded, clarifying that he knew the project wouldn’t prevent climate change, but that it was still a move in the right direction. 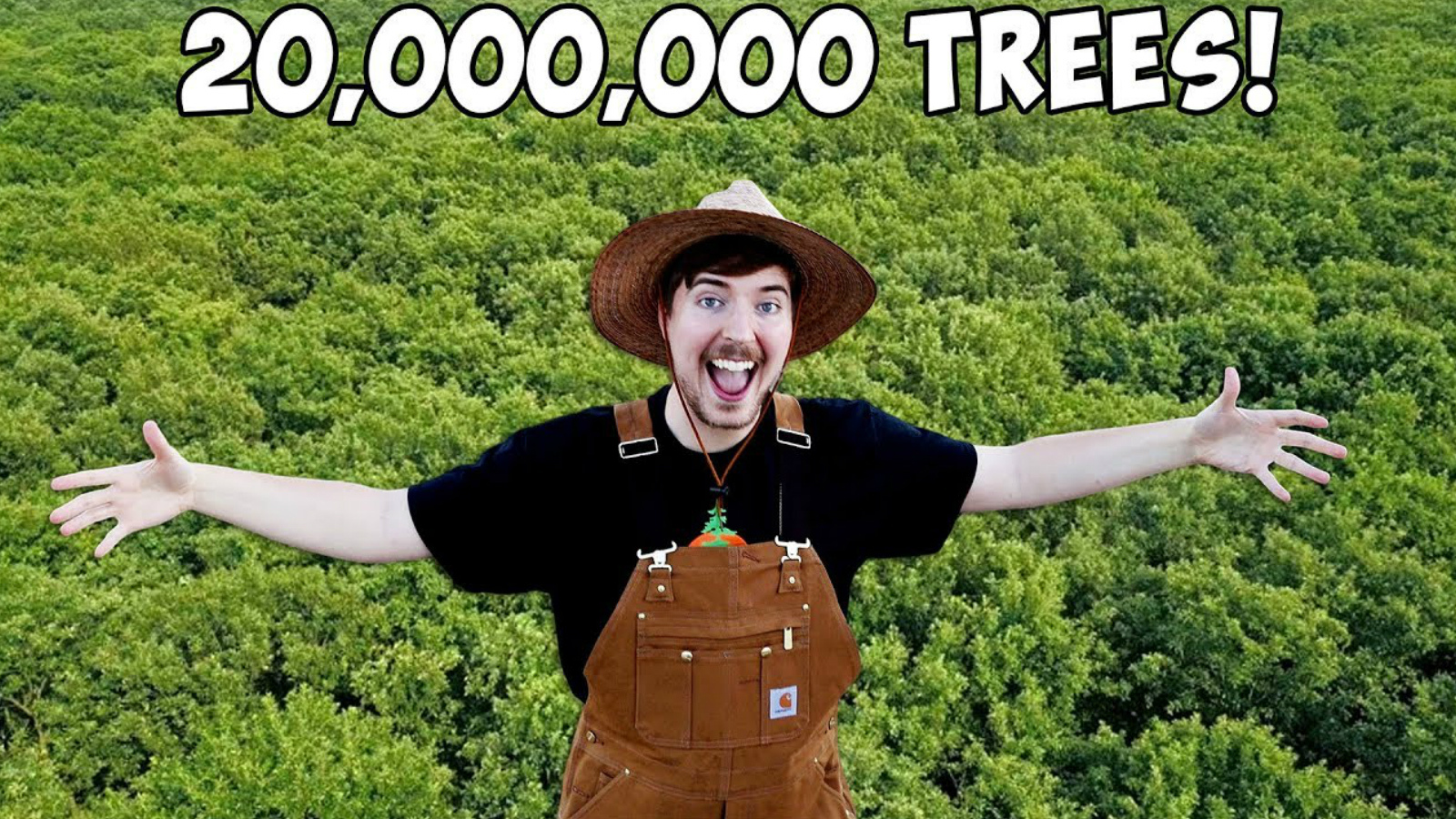 Three days into the fundraiser, Donaldson revealed that they had already managed to plant 6 million of the planned 20 million new trees.

His viral tweet attracted plenty of attention, not least from Elon Musk himself, who has become increasingly involved in YouTube culture ever since his appearance on PewDiePie’s Meme Review show in February.

“Sounds cool. Where are the trees being planted & what kind of trees?” Musk asked, perhaps intrigued to contribute in some way himself.

Sounds cool. Where are the trees being planted & what kind of trees?

MrBeast responded, explaining that the trees are being planted on every continent on earth with the exception of Antarctica, and that the type of tree planted depends on the location.

Arbor Day Foundation, who MrBeast is partnered with for the fundraiser, ensures that new trees planted are “native” to the area.

The trees are being planted on every continent except Antarctica and the kind of trees planted depends where they are planted. Arbor Day plants trees that are native to their surroundings 🙂 https://t.co/W2ItuwU418

Even if Elon Musk doesn’t plan on contributing directly, just getting his name and approval linked on social media could do wonders for promoting the cause further.

At the rate MrBeast is going, the project will reach 20 million well ahead of the expected timeframe, helped by his ability to make almost anything go viral.

TikTok’s hottest couple, Addison Rae and Bryce Hall, have sparked rumors that they might be getting engaged after Addison flexed a flashy ring on Instagram.

Bryce and Addison — affectionately referred to as ‘Braddison’ by shippers — are two of TikTok’s most popular content creators, who were long rumored to be secretly dating despite their repeated denial to the contrary.

However, on November 30, the two finally confirmed that they are officially dating, and have been together for nearly two months (although they did break up earlier this year after just three days together).

Since their surprise announcement, they haven’t held back with their lovey-dovey social media posts about each other, complete with cuddly, PDA-filled TikToks. And of course, while both creators are still so young, fans of the couple are eager for more content – especially if they decide to tie the knot in the future.

Bryce & Addison confirmed they were dating in November

On Thursday, January 14, Addison was spotted by paparazzi leaving XIV Karats LTD jewelry store in Beverly Hills – and  later on, posted a picture of a new sparkly ring on her ring finger to her Instagram story, leaving fans in a frenzy over what it might mean.

Addison posted an image of the ring on her Instagram story

Typically, an engagement ring is worn on the ring finger of the left hand, and with the way the picture was taken, it does look like it’s on her left hand.

This is something that several famous TikTok couples have done to show their commitment to each other, including Cynthia Parker and Quinton Griggs, as well as Alex Warren and Kouvr Annon, so it wouldn’t be so surprising if this is the case.

Either way, Bryce and Addison are clearly about as lovey-dovey as they could possibly be at this point, and engagement ring or not, the pair look like they’re in it for the long-haul.