Known for captivating metal crowds around the world, Trivium’s vocalist Matthew Heafy engaged on a more personal level with a troubled viewed throughout a recent Twitch stream.

As a Grammy-nominated vocalist, Heafy is often on the road performing in front of thousands while touring. In his down-time, however, the frontman often performs from the comfort of his own home, streaming live on Twitch.

Throughout a recent broadcast, Heafy paused in the middle of a song to address one particularly distressing message from a fan going through some extreme difficulties in their life. 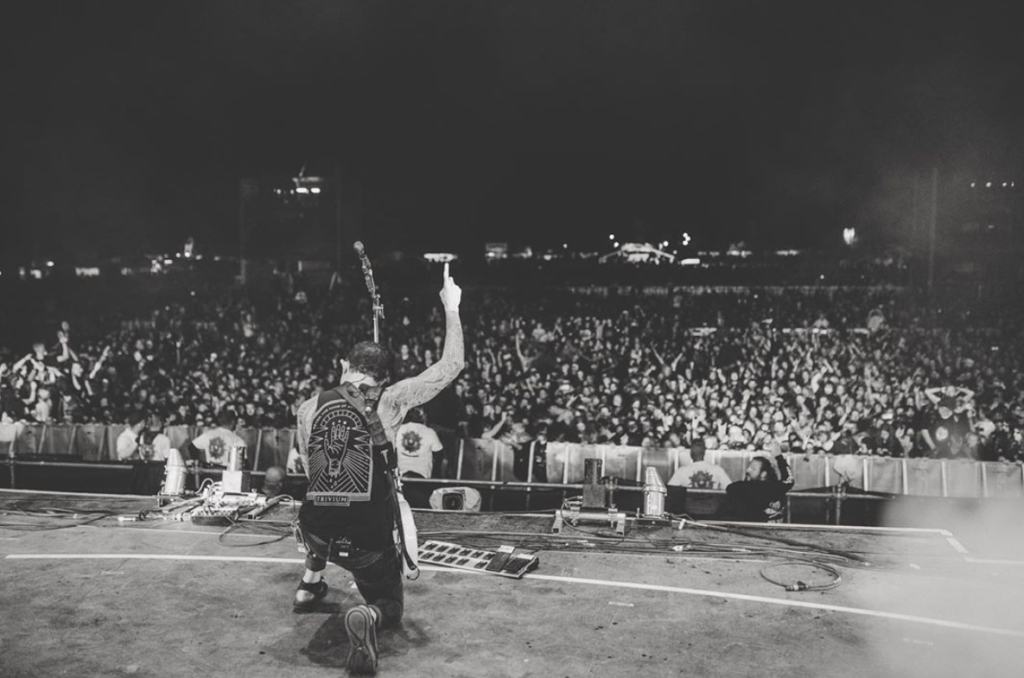 Trivium’s eighth studio album, The Sin and the Sentence, landed the metal group its first Grammy nomination in 2018.

As a worrying message flew by in the chat, the vocalist stopped what he was doing, rested a guitar on his lap, and did what he could to spread some positive advice.

“You’ve got a lot of friends here… don’t even think those thoughts,” Heafy said, calling on his viewers to fill the chat with supportive words of encouragement.

While Heafy’s creative outlet can only provide so much reassurance, the singer emphasized the importance of therapy and addressed how everyone should be engaging with professionals regardless of their current mental state.

As well as chatting to his fans, Heafy often performs a litany of tracks from Trivium’s deep discography dating back to 2003’s Ember to Inferno. However, the vocalist also tends to broaden his range and tackle all sorts of varying challenges put forth by those in his chat.

Most recently, Heafy put forth his own take on the latest Netflix hit. ‘Toss A Coin To Your Witcher’ has become a viral sensation and the singer was quick to master his own rendition, iterating over and over before one final live recording.

Heafy went on to stream for a number of hours after addressing the troubled viewer, with an endless influx of support also flowing in from many of his 100,000 plus followers on the platform.

There’s no denying the words of others can invoke significant change in our lives. Here’s hoping that the heartfelt advice from Trivium’s frontman and his chat brought a smile to the troubled viewer.

If you or a loved one is struggling with mental health issues and would like to talk to someone, please reach out to your local hotline: