Dr DisRespect may be the king of violence, speed and momentum, but it was the small daughter of a member of the Champions Club who destroyed the popular streamer on Wednesday, November 28.

The Doc was scrolling through his social media accounts looking at posts he had been tagged in by members of his community, when he saw a Twitter video with a young girl holding on of his new shaker cups.

Thinking that this would be a cute video, Dr DisRespect immediately clicked on the video to listen to it, but as it turned out, The Doc wouldn’t like what he was about to hear.

Jokes have been flying around ever since Doc showed off his new G FUEL shaker cup on stream. When he revealed his new shaker on stream, the image was flipped meaning that “The Doc” moniker which was seen on the side of the cup appeared to say “Dog Shit”, a gag which The Doc has helped keep going. 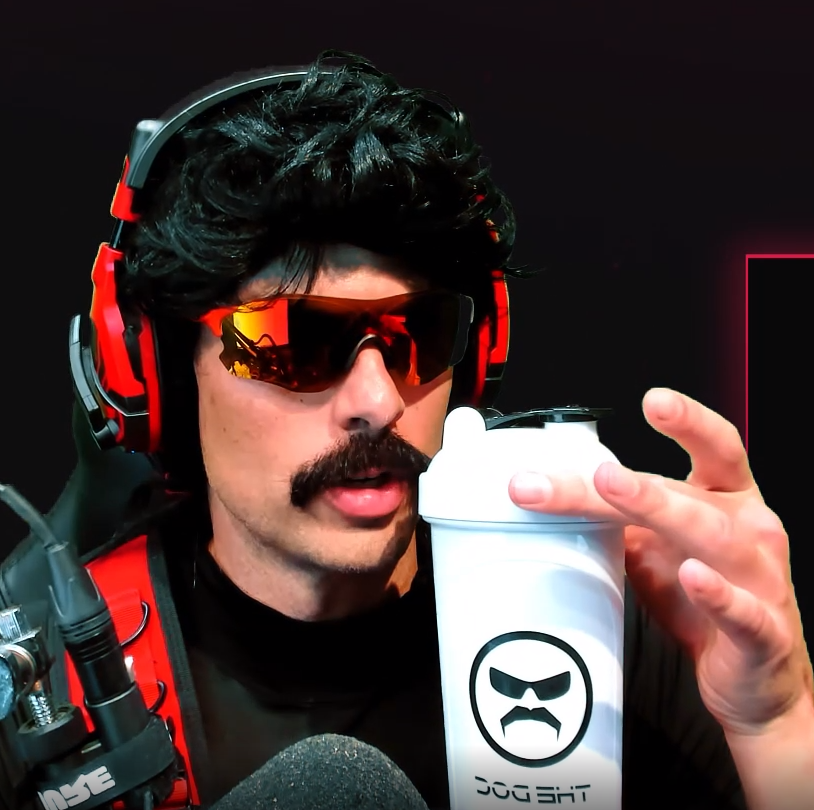 Dr DisRespect and his “The Doc” shaker cup.
[ad name=”article2″]

“What does it say?” asked the father to his daughter. “Dog shit,” came the response from the young girl, much to the shock of The Doc, who looked on in shock as the child giggled at her quip.

Her father tried to convince her otherwise, saying: “No, not dog shit, The Doc,” but the child wasn’t interested, stating: “No it’s not!”

“No, it says The Doc,” said an exasperated Dr DisRespect, pretending to be upset by the clip. “It says The Doc! You knock it off, you hurt my feelings!”

While The Doc is acting like this hilarious banter annoys him, the popular streamer has been using it to promote his new line of shaker cups, playing clips like this and regularly responding to comments about it.

However, we’re willing to bet that the G FUEL design team will be testing out what the design looks like flipped before they release the next Dr Disrespect shaker cup!