YouTuber star turned TV show host Lilly Singh hit back at some of her critics because she commonly uses “bisexual woman of color” as a description for herself.

Lilly Singh kicked her YouTube life off on her own channel, IISuperwomanII, becoming one of the most popular content creators on the platform. As a result, she has managed to bag herself a whopping 18 million subscribers on YouTube across her three channels, while also transitioning into hosting her own late-night talk show.

While going from YouTube to mainstream TV is a remarkable accomplishment in its own right, in doing so, Singh became the first openly bisexual late-night host. However, while her fans might be overwhelmingly in support of her, she does have her detractors who have used her “bisexual woman of color” description as a strange way to criticize her. 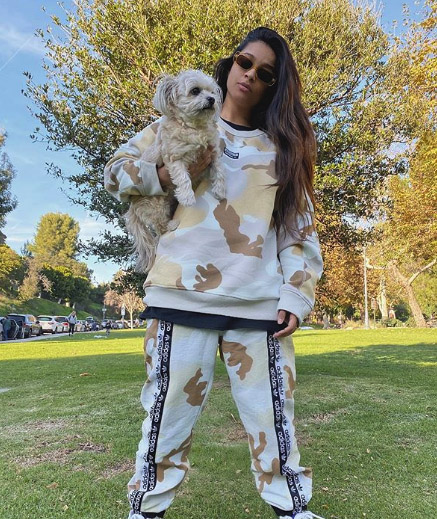 Singh turned her YouTube stardom into mainstream success on a different level to many of her fellow creators.

In an aptly captioned ‘Bisexual woman of colour,’ Twitter post on January 5, Singh took aim at those who have criticized her use of the phrase.

“A comment I occasionally receive in response to my YouTube videos and late night show is something along the lines of: ‘Stop mentioning you’re a bisexual woman of colour!’ I’m not going to lie, my initial plan was to make a post roasting these people but what would that accomplish?” she said.

The YouTuber noted that when she was announced as having a late-night show, there were “strange headlines” that used the phrase in question and overlooked her other accomplishments. “Trust me, if you think you’ve seen this phrase a lot with respect to me, I’ve seen it more,” she added, before saying that now she embraces it.

Singh, though, also noted that she has only used the phrase four times during her 96 television broadcasts, so it’s not like it has become her signature sign-off line or a key part of her nightly monologue.

Of course, while she receives plenty of support from her fans and viewers, there are always going to be dissenting voices that want to complain about something.

Regardless of them, though, it’s clear that Singh is going to keep using the phrase as a badge of honor, rather than the strange connotations that she used to connect it with.