After the much anticipated YouTube boxing match between KSI and Logan Paul ended in a somewhat anti-climatic draw, KSI says the “judges got it wrong, straigh up, absolute BS.”

The fight took place on August 25 at the Manchester Arena in the UK, with a strong home crowd supporting KSI, as well as millions tuning in live online.

After six rounds of fighting, two of the three judges scored both fighters at 58-58, while another gave KSI the edge at 59-57, meaning the decision was a majority draw.

Unsurprisingly, both Logan Paul and KSI have since laid claim to the victory, and members of the YouTube community have also given their verdict.

After posting on social media to say it was clear he won the fight, KSI has now released a full 30 minute video explaining round by round why he thinks the judges got it wrong.

“I’m here to explain, why I won the fight. Judges got it wrong. Straight up. Absolute BS. I’ve watched the fight again and again and again, and I just can’t see how I didn’t win.

KSI also shows off statistics for the match, which would support his claim of deserving the win. According to the stats, Logan may have thrown more punches, but threw with much less accuracy and efficiency, landing only 136 to KSI’s 157.

It would also explain why Logan seemed to tire quickly after the opening rounds, as he began to throw less and be less accurate as the fight went on. 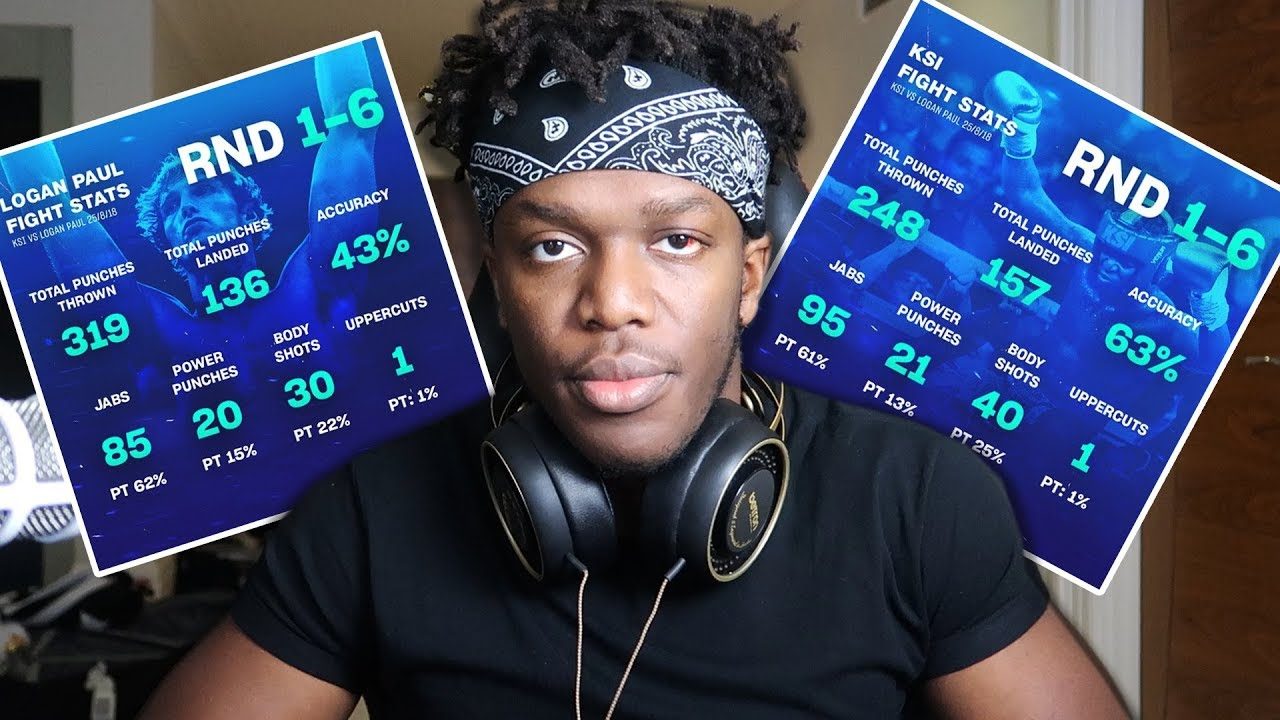 A rematch has been agreed between the pair though, and KSI thinks he will have an even bigger advantage going into the second bout, scheduled for early 2019.

Before the first fight, only Logan had access to KSI’s previous fight footage, with Joe Weller, whereas KSI had nothing to go on.

Now with the experience behind him, KSI will feel his superior fitness and boxing skill will shine through – but Logan too will have more time to prepare.