As one of YouTube’s most popular makeup moguls, it comes as little surprise that Charles is front and center in many celebrity news circles — but the content creator is taking issue with one of these outlets in particular.

Pink News used a heavily photoshopped pic of James Charles for a SnapChat story that has now been deleted.

The disturbing picture quickly made the rounds on Twitter, with a fan tagging the YouTuber in a post that read, “Girl, what have they done to you?”

The fan’s tag didn’t escape Charles’ notice, which prompted his scathing review of the site, which he slammed for using the photo as well as misleading headlines about him.

“I’m so sick of this,” he wrote. “Pink News is a joke. They claim to be a LGBTQ+ news outlet, yet choose to clickbait ugly edited photos and completely false titles about me literally EVERY OTHER DAY, instead of reporting about actual things going on in our community.”

I’m so sick of this. @PinkNews is a joke. They claim to be a LGBTQ+ news outlet yet choose to clickbait ugly edited photos & completely false titles about me literally EVERY OTHER DAY instead of reporting about actual things going on in our community ? https://t.co/zBzqBb8fRH

Charles’ response didn’t go unacknowledged; Pink News has since replied to his comments in an open letter, where they revealed that the SnapChat story was deleted as it did not match with the site’s mission.

“We made an oversight on a recent Snapchat story about you,” the outlet explained. “The story did not align with our core values and has been removed. PinkNews stands for the fundamental rights of the entire LGBT+ community and its allies. We exist to inform, inspire change and empower others to be themselves.” 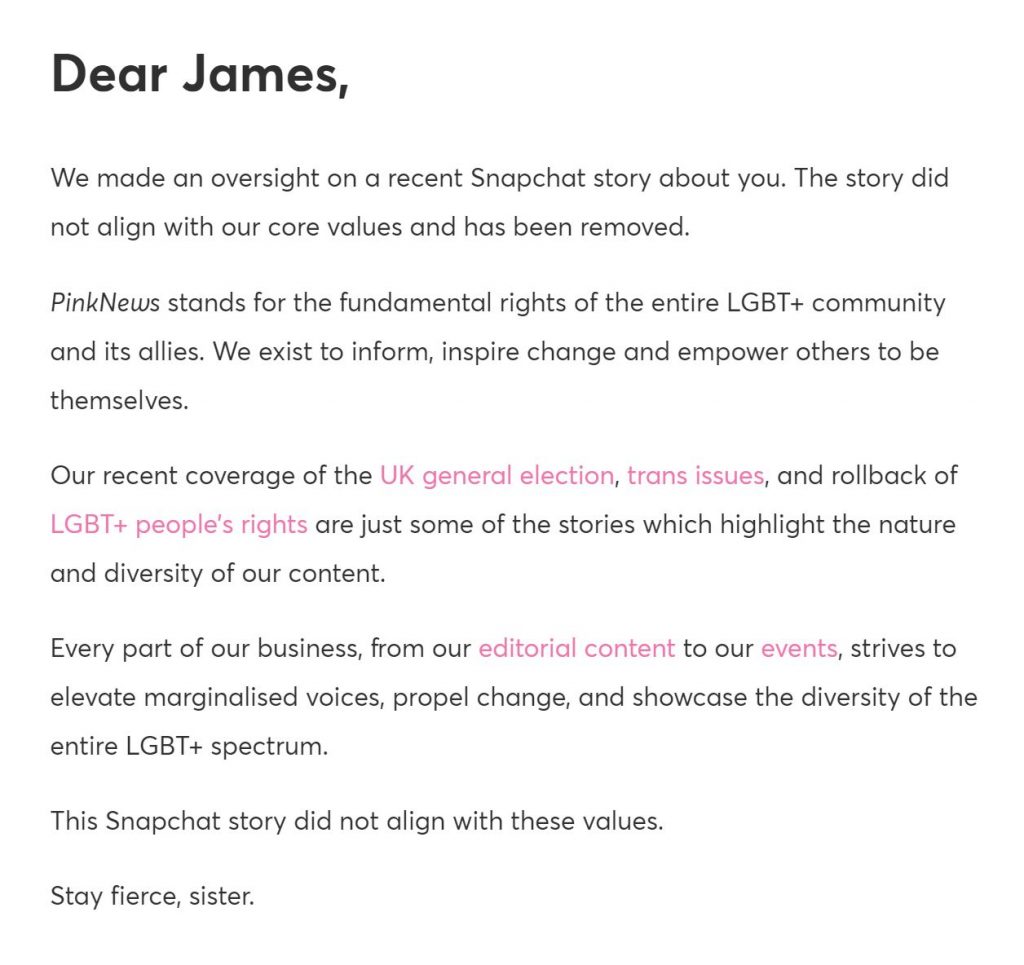 While the YouTuber has yet to respond to Pink News’ apology, it doesn’t look like Charles is letting any negativity bring him down, as revealed in his emotional 2019 recap video where he claimed that he has finally recovered from his viral drama with mentor Tati Westbrook.

It looks like one of YouTube’s biggest stars is ready to take on the new year — no matter what shade is thrown his way.