Is CouRage teasing leaving Twitch to join Shroud and Ninja on Mixer?

Popular Twitch star Jack ‘CouRage’ Dunlop has hinted at an announcement due on November 4, and some eagle-eyed fans think the 100 Thieves member could possibly be on his way to Mixer.

CouRage has rapidly gained a faithful following since moving to full-time streaming, first joining OpTic Gaming, then linking up with Matthew ‘Nadeshot’ Haag under 100 Thieves, back in May.

The caster-turned-content creator holds a series of accomplishments to his name including working the Fortnite World Cup desk, alongside amassing a following of over 2.1 million on Twitch, while his YouTube boasts over 1.8 million subscribers — proving he has plenty of strings to his bow. 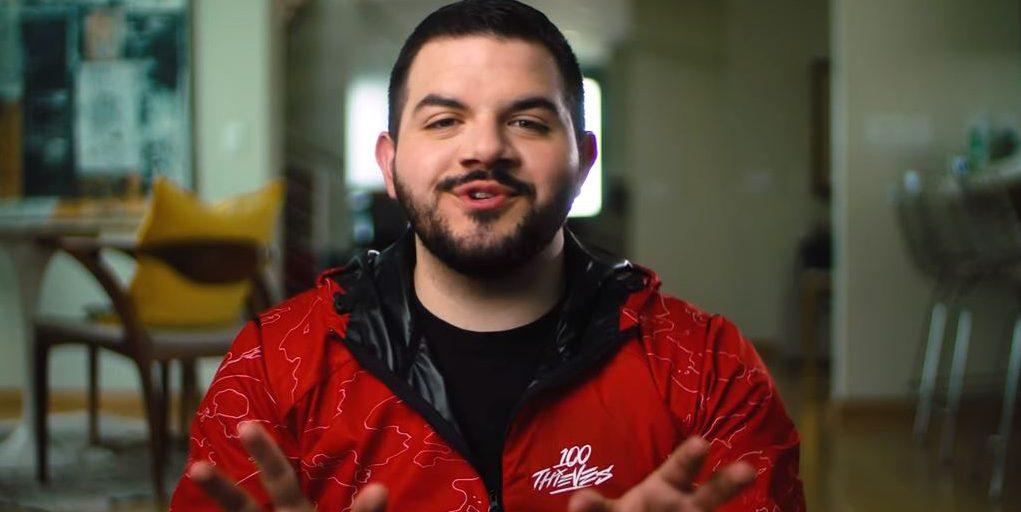 Although CouRage’s progression has snowballed, fans think it could be possible that the energetic streamer is jumping ship over to Mixer, with some clues that point towards just that.

Eagled-eyed Twitter user, ‘DecryptedGamer’, was one of the first to notice that the Mixer account associated with the CouRageJD alias changed its profile picture to match Dunlop’s branding.

Moreover, originally stating “soon”, the Mixer channel now has a specific date that reads “11/4/19” under an offline placeholder image.

It seems that the profile picture for @CouRageJD's Mixer account got changed last night or this morning. And as you see in this screenshot, his title on @WatchMixer says "SOON".

At the time of writing, Dunlop has not streamed on his Twitch channel in six days — somewhat foreign behavior for a content creator (especially given the recent release of Modern Warfare). 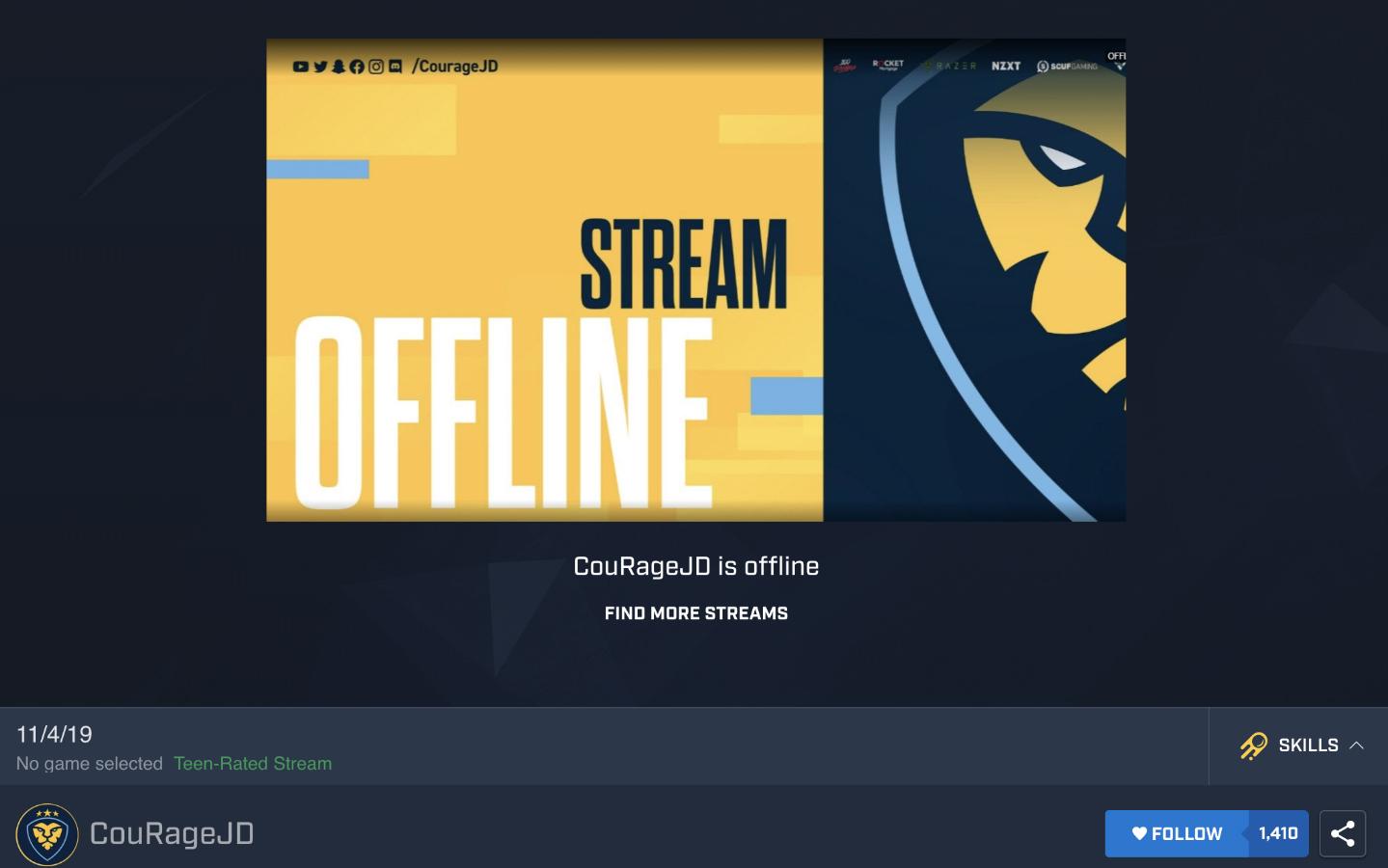 November 4 would mark a week-long absence from Twitch for CouRage.

The changes to the Mixer channel coincidentally line-up to a series of cryptic announcements that CouRage has teased on Twitter.

These short videos give nothing away other than the date for whatever he has planned, which lines up with the date now showing on the CouRageJD Mixer channel.

A potential move to Mixer would see the Twitch advocate veer away from his streaming roots, in a bid to expand his horizons alongside the likes of Tyler ‘Ninja’ Blevins and Michael ‘shroud’ Grzesiek.

Nonetheless, it must be noted that the above is entirely speculation at this point. It’s possible that the Mixer channel in question has been set up by a random user to trick everyone, and the account is currently ‘unverified’ on the platform.

Although, the move would be logical, given CouRage’s uncharacteristic absence from Twitch and Mixer’s efforts to be regarded as the number one streaming platform.