IRL Twitch streamer ‘jaystreazy’ encountered what could be the most wholesome stream sniper ever recorded.

Jaystreazy is an IRL livestreamer from California who is currently documenting his travels in Canada – which is where he ran into the wholesome stream sniper.

Stream sniping is nothing new on Twitch, but it is refreshing to see someone using the power for good, instead of evil.

What made this stream sniper so wholesome?

Jaystreazy and his accomplice were enjoying some food in a shopping center while explaining what they did to a passerby before the sniper made his move.

Out of nowhere the stream sniper produced a bottle of white wine and two glasses for the travelers, while apologizing for being fresh out of the red.

William, the stream sniper in question, placed the bottle down with authority as jaystreazy’s friend proclaimed “He just sniped us!”

A nice firm handshake that would make Dr Disrespect proud sealed the deal, and the streamers cracked open the bottle as William dutifully headed back to man his shop. 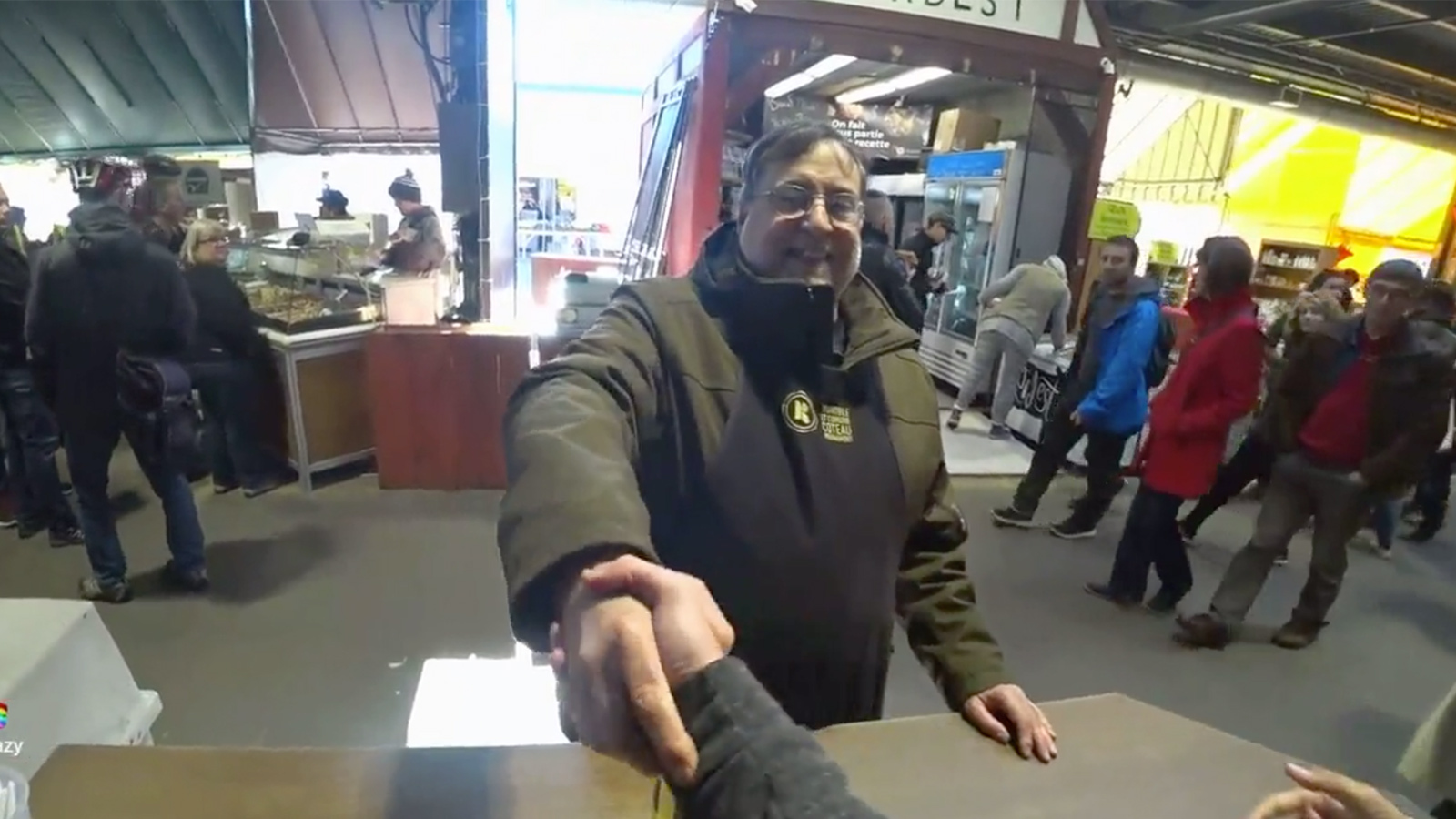 The most wholesome stream sniper ever?

William and his wine have immediately shot to the top of the “Best stream sniper ever” list, but he has some tough competition with another from Japan.

Back in May 2019, IRL streamer Trevor ‘Hitch’ Daneliuk had a random encounter with a man who delivered him breakfast on the side of the road.

Both snipers are incredibly wholesome, and which one is better really just comes down to what time of day it is, unless you enjoy having wine for breakfast.

Like we said before, there’s no shortage of stream snipers on Twitch, but the few that use their position to help out a streamer are few and far between.

The clip also goes to show that all kinds of people watch Twitch, William probably isn’t spamming 7s on xQc’s stream (he could be though), but he sure does know how to make an entrance.