Twitch streamer Matthew ‘Ducksauce’ Rhode has returned to the platform after taking a three year break to pursue a career in voice acting.

Ducksauce took a break from Twitch three years ago and moved to a “rural area” in Montana with his wife, American fashion model Adrianne Curry.

On November 2, 2019, Ducksauce returned to the platform that made him famous with a special surprise stream and reintroduced himself with help from the Curb Your Enthusiasm theme. 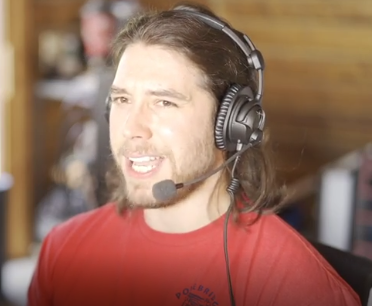 The streamer, who still had over 200,000 followers, had many of his long-time fans rush to his stream to see why he had returned after such a long time away from Twitch.

“We back, baby,” he laughed. “Dude, I can’t even read chat. Normally I like to interact with you guys, but I can’t.”

During his return broadcast, which is visible for subscribers only, the Twitch streamer gave some praise to both Tyler ‘Ninja‘ Blevins and GreekgodX for their success.

When talking about streamers who “blew up”, Ducksauce said Fortnite star Ninja was “by far the biggest one” but everyone seemed to be a hater of his.

“I mean that’s the internet for you,” he said. “They’re all about it when it’s the big thing, but then all of a sudden they turn their back on you. That’s what I hate you all. But I mean, Ninja’s a really nice dude.”

Then, when talking about Greek, Rhode was extremely impressed with his weight loss after seeing a picture of what he weighed before. “Dude, that guy worked his ass off. He looks f***ing great! He looks healthy and happy.”

While Ducksauce admitted he doesn’t know Greekgod, but was familiar enough with him to appreciate the transformation. “Mad props to that dude. That s**t’s not easy. You gotta legit be committed to losing weight and getting healthy. But once you get it, you see the swag level go up.” 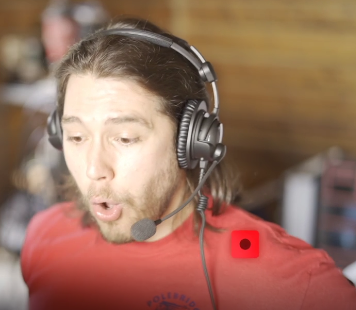 During his departure from the platform, the popular streamer actively pursued a career in voice acting and it seems like he made his dream come true. According to IMDB, Rhode has done voice overs for Avengers: Infinity War, Blade Runner 2049, and the Oscar-winning Best Picture Green Book.

Hopefully Ducksauce can continue to stream more regularly considering his comeback was viewed so positively.