Microsoft made huge waves when they snagged a deal with Ninja to stream exclusively on their platform Mixer on August 1.

But the always-colorful Dr Disrespect argued that they haven’t done enough to be a sustainable competitor to Twitch in the long term, and predicts the numbers will drop unless they take certain steps.

While streaming on August 5, Doc took a break from playing to talk to his audience and address Ninja’s deal with Mixer. The Two-Time had doubts that the current numbers on the platform could maintain over time – but offered a solution.

“I think you need at least five of the top ten on Twitch. A power move if you will, to really bring in the numbers and the hype to that platform,” he stated. 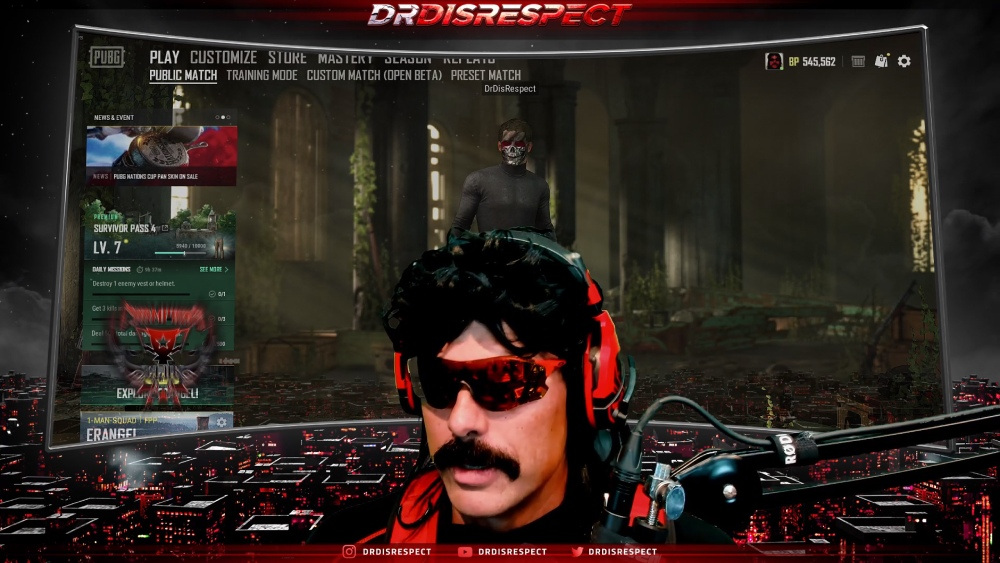 While Mixer’s numbers have skyrocketed since the ex-Twitch star joined the platform, Doc predicted that those numbers would drop. “And I just have a feeling, and I’m just kind of going off gut right now, that unless they pick up somebody, a few other big names, I got a feeling, I think his numbers are going to go down.”

He was also quick to point out that it wasn’t anything personal against Ninja. “I hate to say it. I don’t want to be the guy to say it. And it has nothing to do with him. I think it’s just exposure on the platform, where it’s at right now.”

Ninja is killing it on Mixer

Ninja’s first week with Microsoft’s service was extremely successful, as the streamer celebrated hitting half a million subs on August 2. His sub count is moving so quickly that he’s now at 685,000 subscribers and is also approaching 4 million views overall.

“We have hit over 500k subscribers on mixer. What better way to celebrate than with some cake?!” he tweeted.

We have hit over 500k subscribers on mixer. What better way to celebrate than with some cake?!

Could we see Dr Disrespect on Mixer in the future? Only time will tell.