CouRage gifts TimTheTatman's son a teddy bear, but it has a dark secret - Dexerto
Entertainment

CouRage gifts TimTheTatman’s son a teddy bear, but it has a dark secret

Tim ‘Fortnite just so they can gift others the items.

The idea is for the streamers to open up their gift in front of their viewers while plugging somebody else’s channel, and this time it was Tim who was in for a big surprise as the audio line was completely on point. 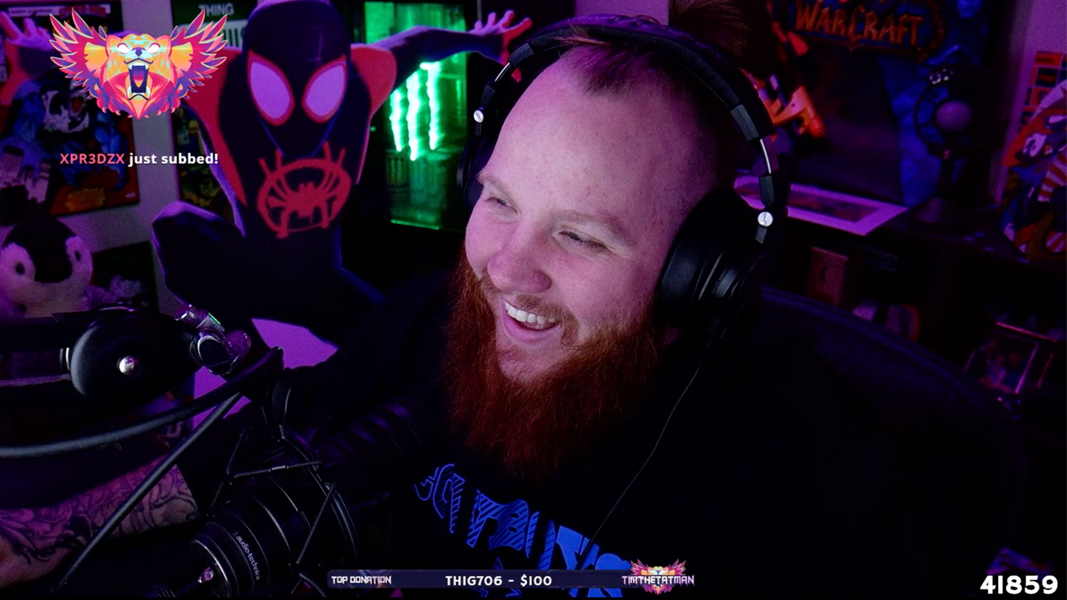 TimTheTatman is one of Twitch’s biggest streamers.
[ad name=”article2″]

When viewers heard that CouRage got a gift for Tim, they were no doubt surprised, but those worries were put to rest once they learned it was for his son Brewer and was a physical gift.

Tim opened it up on stream and it was a stuffed bear from Build A Bear Workshop wearing a Syracuse shirt, Tim’s favorite school.

It would have been all good if it stopped there, but the streamer discovered there was a whole lot more to the story.

When he squeezed the bear, it reminded everyone to subscribe to CouRageJD on Twitch and Tim had to quickly silence it. What started as a harmless stuffed animal quickly became a hilarious troll.

At this point you have no choice but to give it up to CouRage, he definitely won this round. Tim will have to figure out some way to get back at him in the future but it’ll definitely be a hard one to top considering CouRage doesn’t have a child that presents can be bought for.

Tim and CouRage are very good friends outside of streaming so it’s all in good and playful fun when they do things like this. If any of them act mad viewers have to realize they are just playing around with each other.