Dr Disrespect is well-known for his hilarious speeches and rants while streaming, and roasted Matt ‘Nadeshot’ Haag when he tried to give his team a boost during Modern Warfare matches.

Nadeshot is a former Call of Duty pro player, best known for his time as the face of OpTic Gaming, where he teamed up with legendary players such as Seth ‘Scump’ Abner and Matthew ‘FormaL’ Piper during his spell with the Green Wall.

Back in the day, Nadeshot was the motivator of any squad he was on, taking the reigns when times got tough, with many long-time fans remembering the “play like we’re at home” speech he gave as OpTic struggled in a grand finals match against Evil Geniuses. 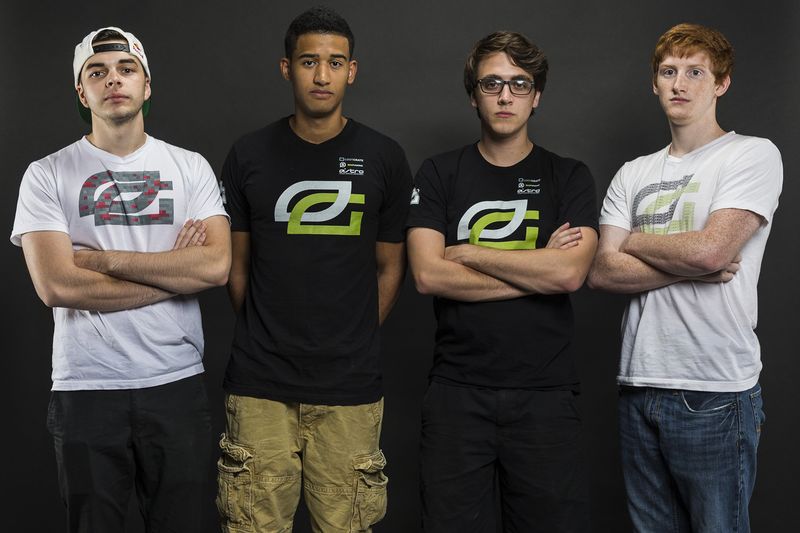 Nadeshot and Scump played together on a number of OpTic rosters.

After going to a third and final map alongside The Doc and Michael ‘Di3seL’ Carr during Modern Warfare GameBattles matches, the 100 Thieves CEO decided it was time to rally the troops, breaking out a motivational speech as he tried to spur the trio on to victory.

“Alright, let’s win this match boys, we aren’t losing this s**t,” Nadeshot told his teammates. “Game Three, this is where we show the f**k up and win this game!”

“These kids think we’re old, bad, decrepit, they think we f**king suck! Guess what, we are better than they are. We want it more, we smell better, we have better haircuts, we have freshly trimmed toenails! They don’t!”

While Nadeshot may have hoped he could rally everyone heading into the final map, it seems his speech didn’t work, with Dr Disrespect immediately roasting him. The streamer pondering what it must have been like to be inside the booth with him back in his professional days, before comparing him to Seahawks quarterback Russell Wilson and his pre-match talk.

The Doc replied: “I really couldn’t imagine being Scump and having to listen to your pre-game speeches on the mainstage.”

“It must have been god-awful. I wish we had a TurtleBeach listen-in on some of those, that would have been good. You kind of remind me of Russell Wilson to a certain degree.”

“You couldn’t give me a little gas?” Nadeshot asked. “You just had to go for the dagger,” before complaining that The Doc’s roast had “derailed” him.

The entire exchange certainly didn’t help the team though, who went on to blow a 4-1 lead and lose five consecutive rounds.