The Walking Dead star Chandler Riggs made a surprise return to Twitch streaming on October 10 with a Grand Theft Auto RP inspired by his character from the show.

It’s been a long time since Riggs made his Twitch debut. The TV star obviously kept a busy agenda during the peak of his time on the AMC thriller, but has now found the time to commit to growing his channel.

While he’s been keeping up with League of Legends, Riggs has been getting more into the ranked playlists of Apex Legends and CSGO. However, he made his first stream since the Summer of 2014 so far dedicated to Carl Crimes in GTA RP. 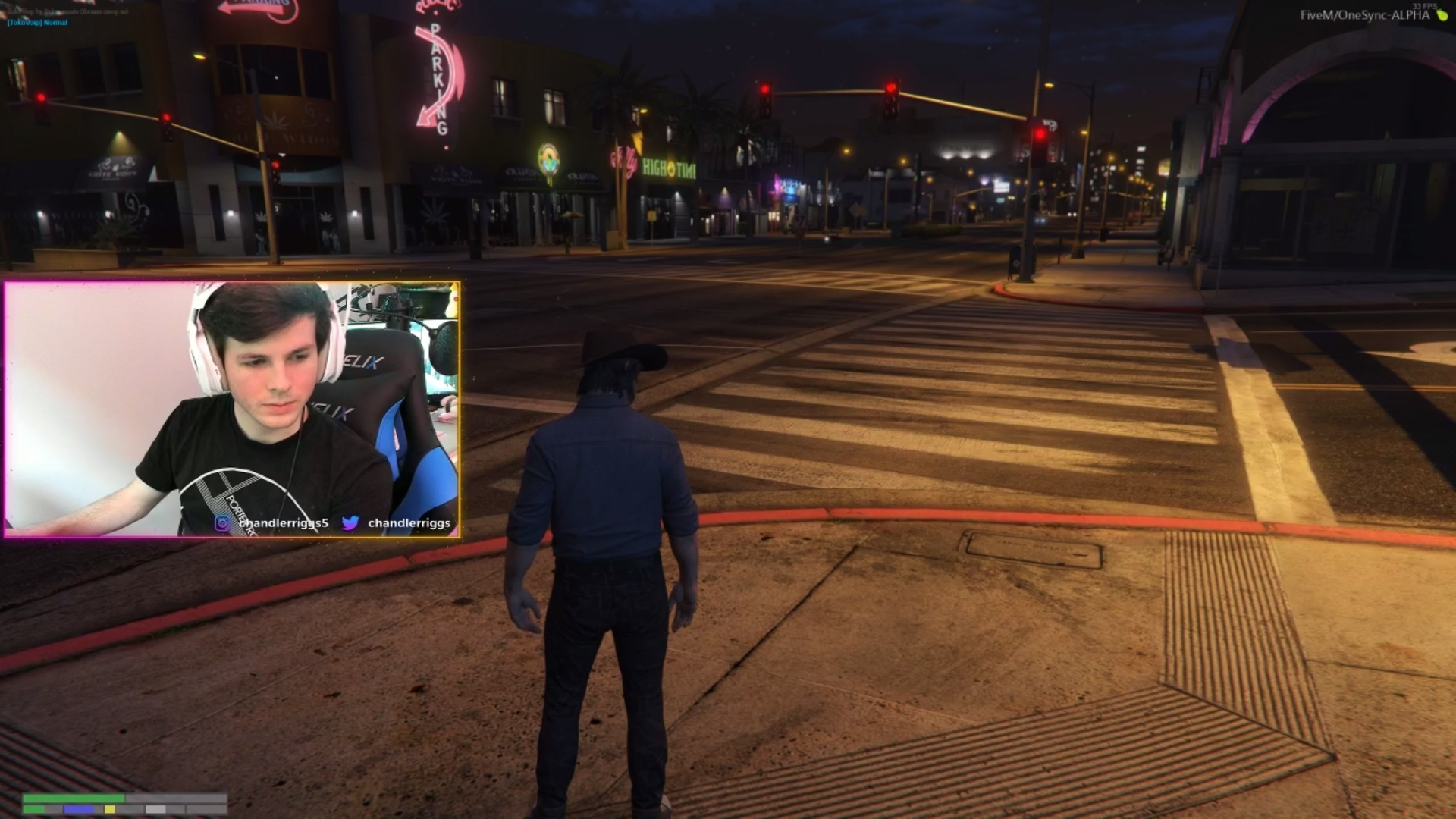 Riggs embarked on his GTA RP adventures as Carl Crimes.

The avid gamer made an unceremonious start to his stream named chairhandler, with hundreds of viewers already tuned in as soon as the feed went live.

“What’s up gamers,” he said. “How’s gaming? I’m back. It’s been five years. Literally the last time I streamed was 2014, so it’s been a long time since coming back. But here we are.”

While League of Legends was the last game he streamed, he’s “absolutely garbage” at the MOBA so that might be for later down the road.

Instead he opted for the NoPixel servers of GTA Online, which gives a twist to the popular title by having the players in the server dictate the story. 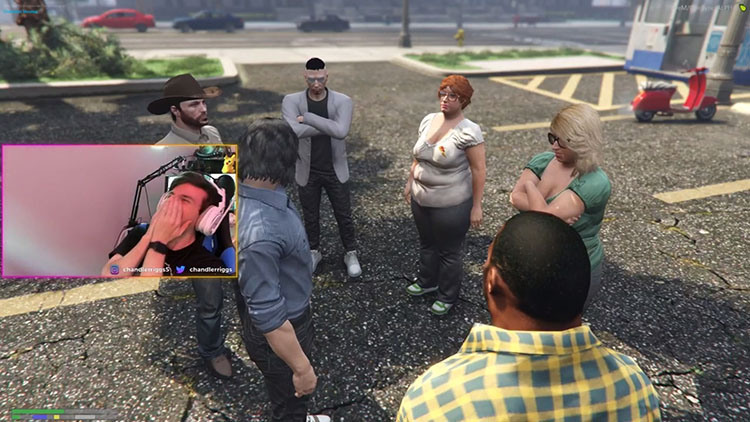 Carl Crimes’ adventures have been hysterical on Day 1 of his stream’s revival.

But not staying too far from what he knows well, Riggs made a 21-year-old character who touts a Sheriff’s hat, reminiscent of his Walking Dead role, who travels with his in-game father Rick Rhymes (played by his friend).

As Carl Crimes, Riggs takes the personality of a pudding-obsessed doomsday prepper alongside his environmentalist vegan father who guides him through the GTA RP world.

So far in his stream, there’s been a ton of bizarre interactions with the GTA RP residents, which is producing a ton of laughs with the streamer and his Twitch Chat.

It seems like Riggs is having a blast with his revived stream, and as an RP fan he’s looking forward to broadcasting Red Dead Redemption 2 when the role-playing servers launch.