YouTuber Alissa Violet spoke about her physical relationship with Logan Paul during the finale of Shane Dawson’s docuseries, claiming that she’d asked Logan to keep the incident a secret.

According to Violet, it was Logan who spilled the beans – in the most on-brand manner possible.

“I’m a savage, I’m a Maverick,” Violet said, quoting Paul’s response to her concerns about news of their relationship getting out.

However, Paul is denying these allegations, as claimed by YouTuber True Geordie during one of his recent podcasts. Geordie stated that he’d asked Paul about the truth of these claims via text, where Logan allegedly denied that he’d ever said such a thing.

“In what real-world situation would anyone ever say that?” Geordie quoted Paul.

Additionally, Geordie claimed that Paul felt he had ‘played into Alissa’s hands,’ and that she was making efforts to defame him for their controversial involvement with each other.

Drama Alert host KEEMSTAR reached out to Violet for proof of her claims, and she responded with a screenshot of a series of texts between herself and Paul. 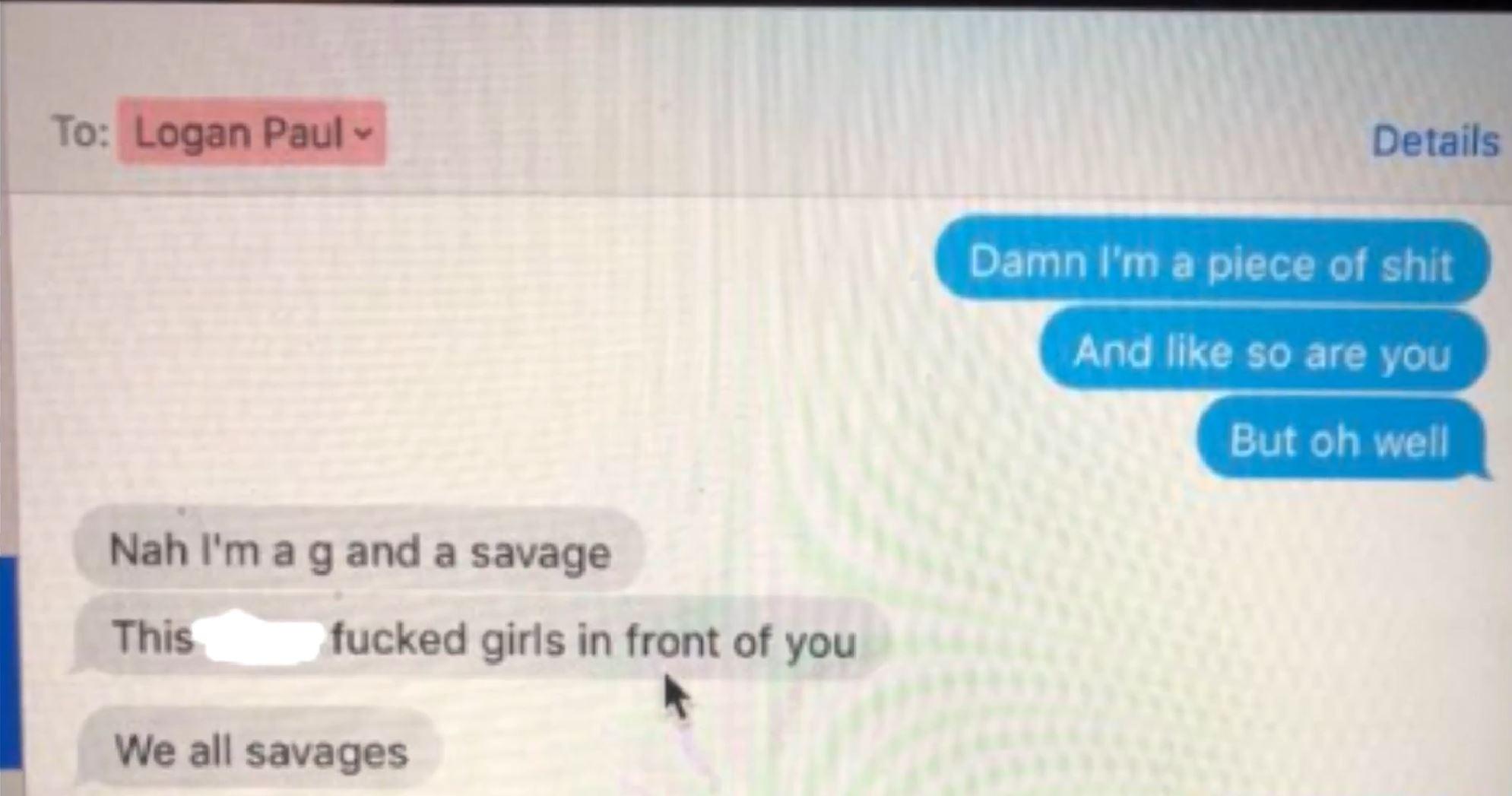 While these texts don’t line up word-for-word with Violet’s account of events, it appears as though her statement in the series is largely true.

Paul has yet to respond to the legitimacy of the text messages.

Jake Paul likewise spoke on Alissa and Logan’s relationship in Shane’s series, claiming that his brother’s actions had hurt him more than Alissa’s compliance with the act.