The team list, broadcast team, and prize pool for ELEAGUE CS:GO Premier 2018 has been announced, and it promises to be an incredible competition.

ELEAGUE’s premier CS:GO competition will return to our screens on July 21st and run through to July 29th with a total prize pool of $1 million on the line for the eight teams in attendance.

On June 20th ELEAGUE finally announced who those eight teams would be. The company has opted to use HLTV.org’s official rankings from May 21st 2018, inviting the top eight teams from that list.

This means that Astralis, FaZe Clan, Natus Vincere, Mousesports, Fnatic, Team Liquid, Cloud9, and SK Gaming will all be in attendance; making ELEAGUE Premier one of the most stacked competitions in recent memory. 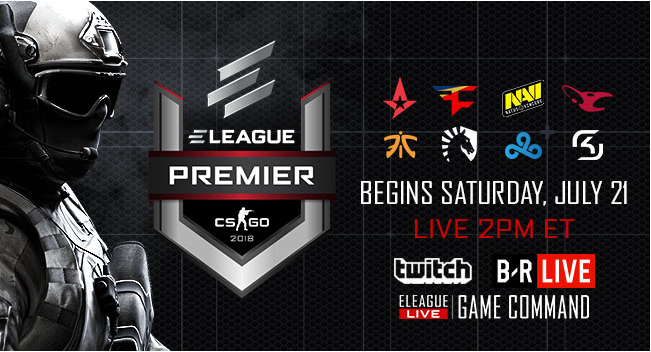 The teams will be split into two groups of four and play best of three matches in a double elimination GSL style group. The top two teams from each group will advance to a single elimination playoff stage which will run from July 28th – 29th. 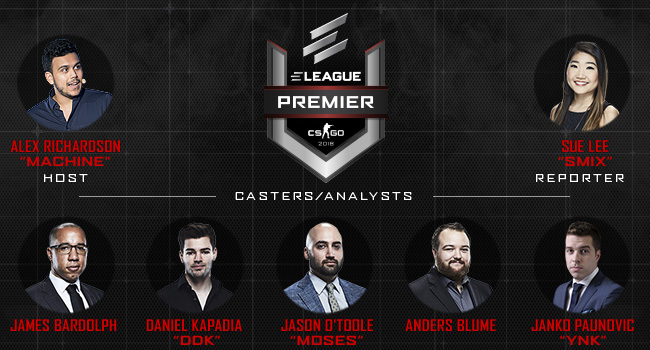 The live coverage of the tournament will begin on Saturday, July 21st, at 14:00 Eastern Time on the ELEAGUETV Twitch channel, but will also be available on B/R Live and ELEAGUE’s own Game Command mosaic video player.

There will also be a multi-part feature series which will revisit “the tournament’s best moments” and be broadcast on TBS, beginning August 24th.

The full team list for ELEAGUE CS:GO Premier 2018, in order of HLTV’s May 21st ranking, is as follows:

The broadcast team is as follows: