The latest update to the Valve’s marquee FPS title Counter-Strike, has seen a massive shakeup for the overall map pool.

In Valve’s October 2 update the Scrimmage Matchmaking playlist map pool was shifted slightly, with Cache added to the host of options in the more casual mode.

Furthermore, Mirage has also finally been added to Scrimmage Matchmaking. The Moroccan-based map has been one of the most popular Bomb Defusal options in the game since 2013.

The arrival of Cache and Mirage to the scrimmage pool hasn’t affected both maps’ availability in the title’s competitive playlists yet either, Valve confirmed with the update.

Therefore, you can expect to see the old variant of Cache in your competitive sessions ahead of the expected release of the newly redesigned Cache on October 10. 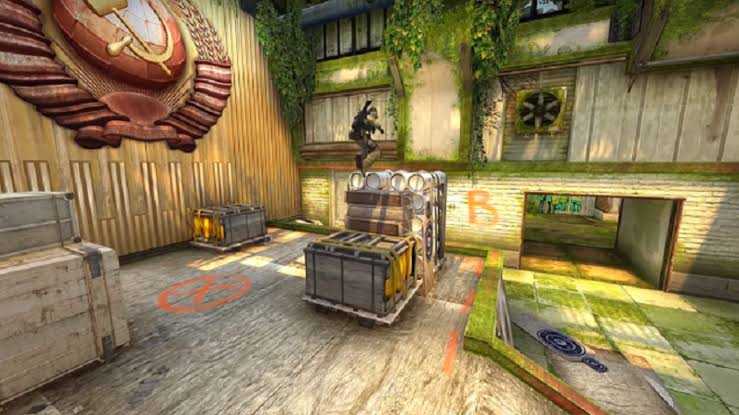 A look at the latest rework to Cache
[ad name=”article3″]

The reworked Cache map was first teased at ESL One New York 2019 late last month, with the CSGO community given their first glimpse at the new design.

Fans have been hotly anticipating the revamped model after the map was first pulled from competitive playlists in March 2019, and it seems the wait won’t last much longer.

Release Notes for today are up. Mirage and Cache are now available in Scrimmage Matchmaking (as well as Competitive). Breach has been removed from Scrimmage and Ruby has been rotated out of the game. This and more here: https://t.co/qvVD37OKxw

The October 2 update also saw two maps shifted out of the scrimmage playlist, with both Breach and Ruby pulled from CS:GO to a certain extent. Breach has only been removed from Scrimmage Matchmaking, while Ruby has been “removed from official game servers” entirely.

Many community members have also speculated that Mirage’s addition to the more casual playlist could herald its removal from the comp pool in the near future.

“I wonder if Mirage being added to Scrimmage indicates it may be the one removed from the competitive map pool to make room for Cache,” Reddit user Gnud speculated.

It remains to be seen whether Mirage will be the next map to depart from the competitive playlists, however this theory could certainly come to pass in the very near future.

Now live throughout the competitive Counter-Strike landscape for one final week, the older version of Cache will likely be replaced by the latest redesign on October 10.

You can watch an insightful clip from the map designers themselves here to learn all about what changed in the recent redesign. Feedback from pro players has also been taken into account with the latest changes.