A bug in Counter-Strike: Global Offensive can give players an unintended peek through walls after getting eliminated from the round.

Valve’s timeless game has experienced bizarre bugs throughout its lifetime. The devs are usually quick to address major exploits or glitches that tend to come up, but it seems like a regular occurrence had a strange effect in this particular instance.

While the legendary Valve shooter equips players with weapons and gear to overcome their opposition, the game’s top commodity is simply knowledge of what the enemy team might be up to in a given round. Teams on a broken or half buy can pull out a win by just having more information than the other squad. 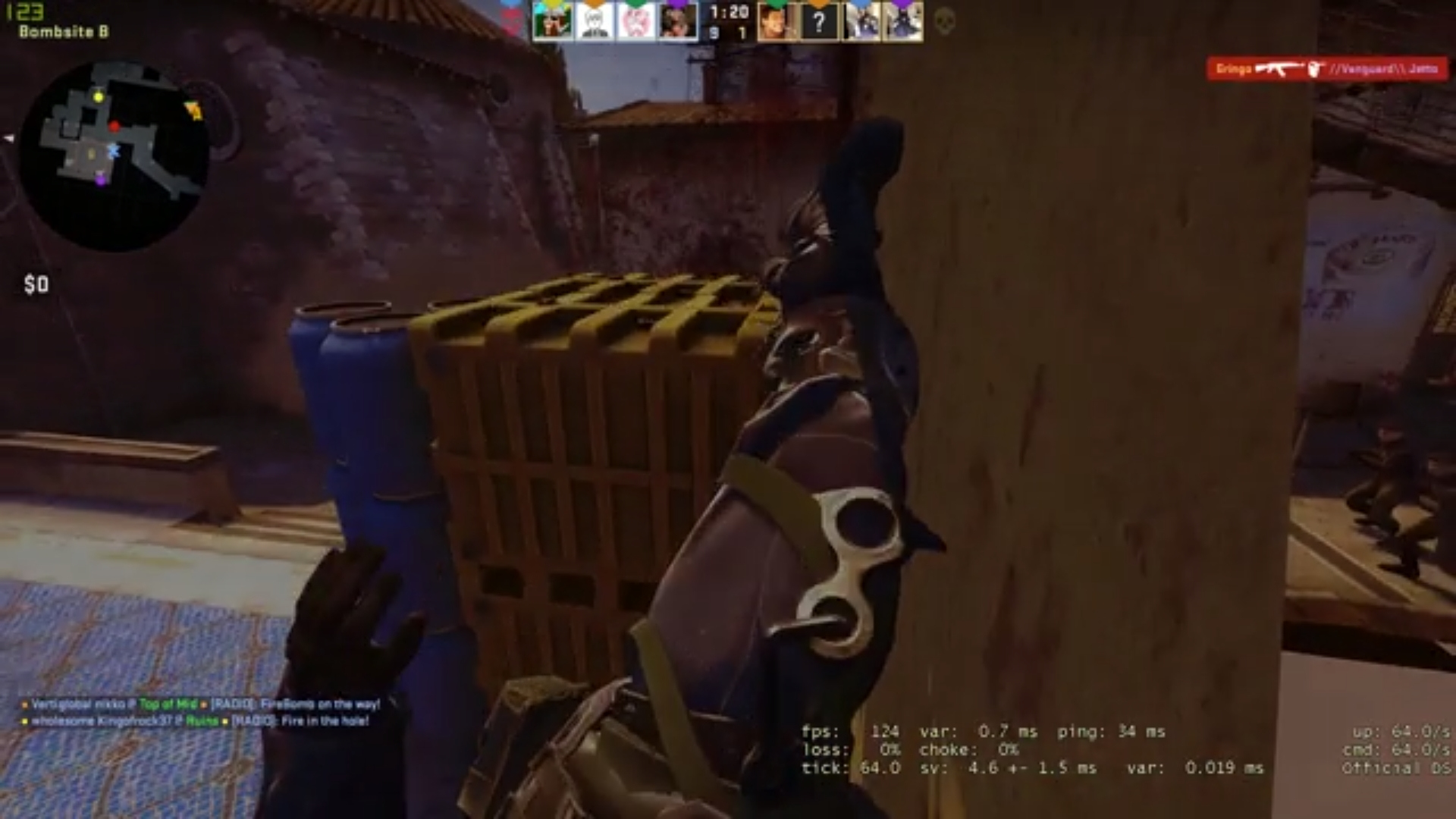 The deathcam had saw two players on the other side of a few walls.

In an October 3 Reddit post, user ‘jtto1010’ and his teammates were at the B-site on a broken buy. While the Redditor was holding a cheeky angle to surprise the incoming T’s, he was quickly eliminated by a clean AK-47 headshot.

But the brief death animation that followed must have clipped the player’s character model too close to the wall since they were able to see right through it.

With the glitch, they were able to see that the T’s had two more players committed to the B-site.

Along with the person who eliminated jtto1010, the CT’s now knew that the majority of enemies were coming from Banana into that side of the map.

Even though it looks like the T’s committed to the push shortly after which would have revealed the foes to the CT’s regardless, a bug like this could definitely have an impact on tight rounds.

It’s unclear how the remainder of the round turned out, but a mid-round call after getting this much info could be crucial to reinforce the B-site for the coming attack.

CSGO players should actually be accustomed to seeing small glitches like this after a death, but it’s usually just a passing look into a nearby object on the map or the like.

A glitch like this in a similar situation would definitely have major repercussions on a match or a big game, so the CSGO devs could be quick to address it soon.