Snowballs were added to the game in December 2018 as part of Counter-Strike’s winter season celebrations. Players could pick up snowballs on certain maps and throw them at their opponents, doing a slight bit of damage and covering their screen with snow for a few seconds.

They were removed in January 2019 as the winter celebrations came to an end, and that was it for everyone’s snowball fights. However, they seem to have made a miraculous summer-time comeback. 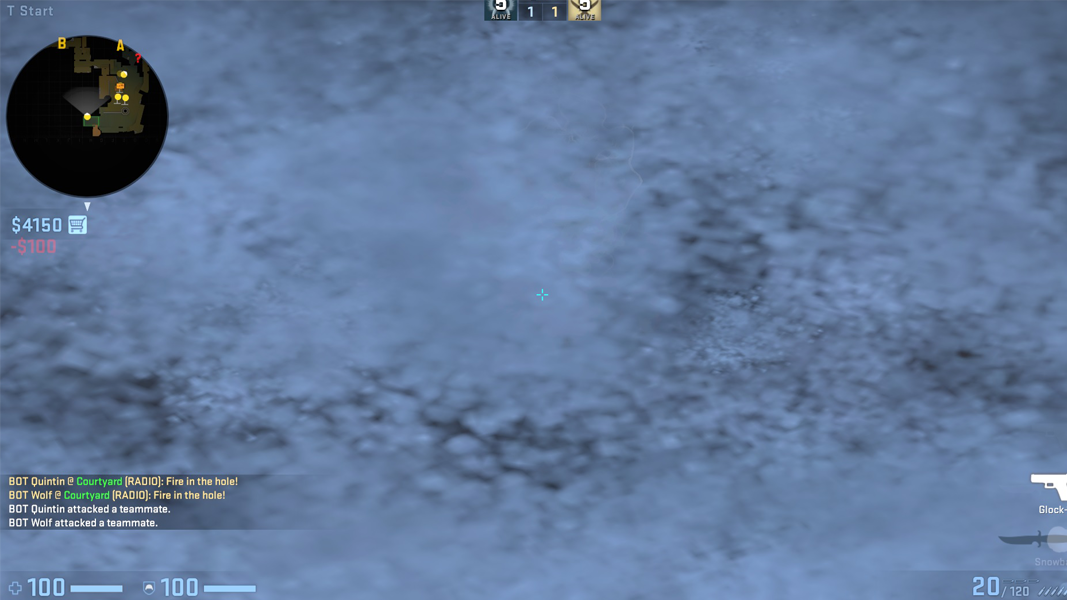 The effect of being hit by a snowball in Counter-Strike.

On July 17, Global Offensive streamer Mocmolde showed off a console command that allowed him to purchase a snowball in his competitive match on Cache. The command is very simple: “buy x 31” where “x” can be any word or letter. This command gives a player one snowball in their grenade slot.

After Mocmolde made use of this command his match turned from competitive to outright hilarious, with his team attempting to defeat their enemies with snowballs while being attacked by fully automatic weapons.

The exact details of this bug are not yet known, however, it seems that it is possible to buy snowballs on most maps in Counter-Strike’s matchmaking. Although they are only available on either the Counter-Terrorist or Terrorist side depending on the map, and never on both.

Snowballs can be used as a silly tool to spice up games, but, are likely to be removed soon as they block vision and can be a fairly powerful utility tool.