A stunning cosplay for Demon Slayer’s Muzan Kibutsuji is both masterful in design and breathtaking in its approach, making it one of the best to come out of the community.

Demon Slayer has taken the cosplay community by storm. Since the anime for the series debuted in 2019, numerous fans have used needle and thread to bring their favorite characters to life.

But sometimes a cosplay goes beyond just the actual design for the character by incorporating intricate photo shoots to add certain elements to the cosplay that wouldn’t otherwise be possible. 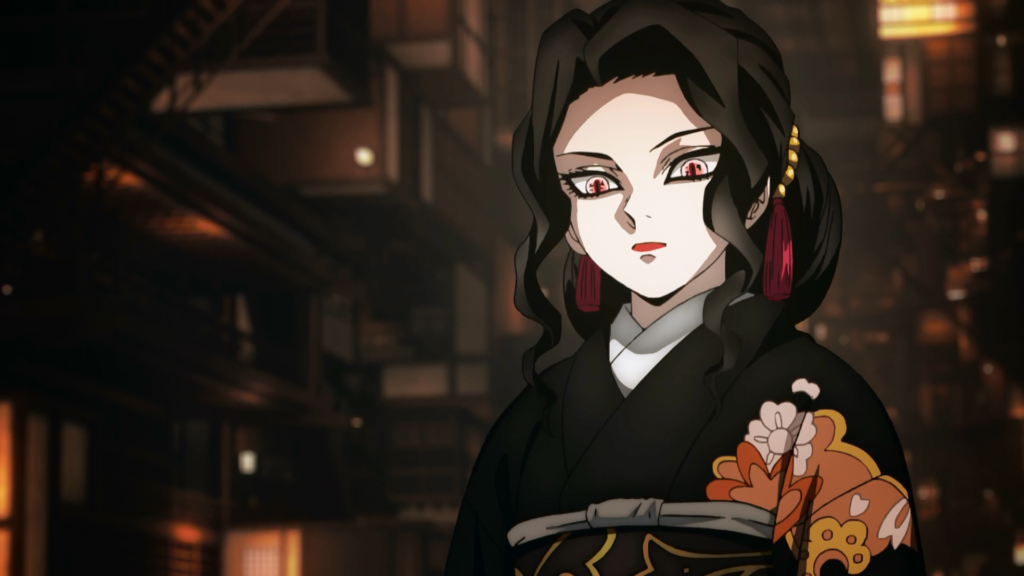 Muzan can completely change his form to a woman or a child, as seen in the Demon Slayer series.

Take this collaboration that brought Muzan to life by cosplayer known as ‘arisaguigui,’ who dances between elegant and menacing while showing off the entire design.

Fans will remember Muzan’s appearance as a woman just before going on a rather bloody spree in the story. This laid down the groundwork for fans to give their interpretation for the gender-bent version of the character.

The devil is in the details for arisaguigui’s cosplay which incorporates a traditional Japanese Kimono that hides something more sinister from the surface. 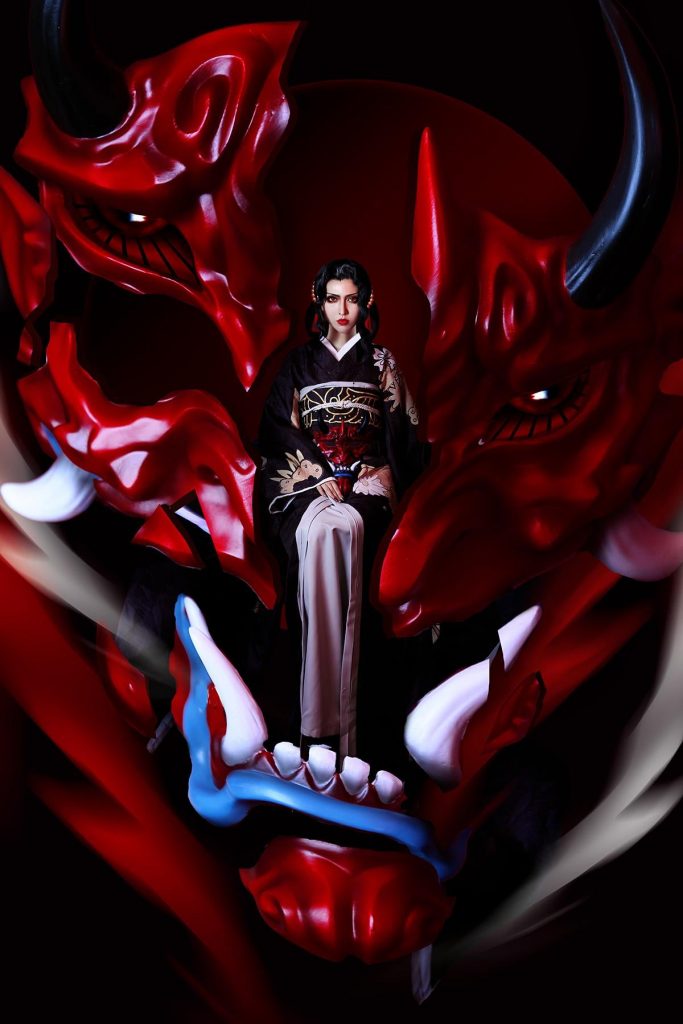 The immaculate cosplay of Muzan gets even creepier with the incredible photoshoot design.

A close up of the eyes reveal a dark red iris with a demonically narrow pupil staring daggers at the camera.

The production behind the photoshoot is epic, to say the least. Incorporating hellish imagery surrounding the cosplayer, the bizarre additions make the elegance of arisaguigui’s cosplay evolve to something more disturbing by contrast.

While the cosplay takes a frightening turn with its setting, the elements are picture-perfect for the vile leader of the Twelve Demon Moons.

Demon Slayer: Kimetsu no Yaiba has been one of the breakout anime of the past decade, and its manga has been a favorite among enthusiasts since its 2016 debut.

The franchise’s meteoric rise has produced spin-off manga, multiple light novels, and a successful anime that should be getting its second season sometime in 2020. For many fans, the anime can’t come soon enough, especially for cosplayers who are eager to take on more characters from the series.

Arisaguigui take on Muzan isn’t the first time cosplayers have given their spins on Demon Slayer characters, and with its growing fan base, it certainly won’t be the last.