Saturn was the last of the Sailor Guardians introduced in the popular anime series, and her entrance into the lives of Sailor Moon and the rest of the cast of heroes was certainly an explosive one — alongside Mistress 9, she nearly destroys Earth.

The powerful guardian, known as Hotaru Tomoe before she is revealed as the final member of Moon’s heroic group, is one of the cult favorites from the anime series, so it makes sense she’d be the focus of one skilled cosplayer’s stunning costume. 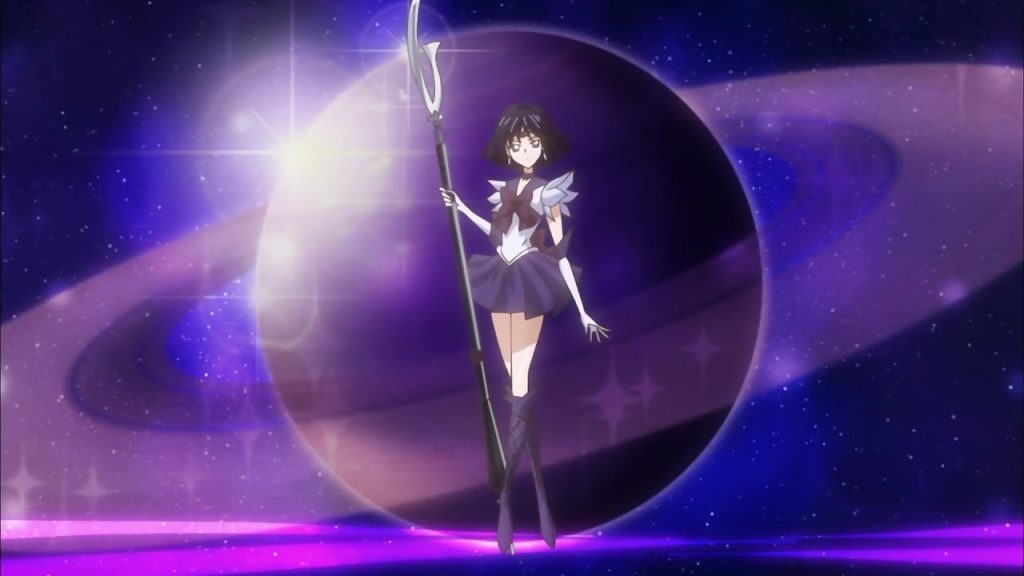 Sailor Saturn is one of the strongest Guardians, able to destroy entire planets with her powers.

In the series, Saturn is often solemn and stone-faced, only bringing out her powers when they’re absolutely needed. While ‘chibith0t’ does throw out a cheeky smile to celebrate her cosplay, for the most part, she gets Saturn’s personality just right.

Chibi’s center-piece for the colorful cosplay is the character’s big red bow, complete with a self-made brooch sitting right in the middle. The costume also gets Saturn’s puffy guardian shoulder pads just right, with them sitting off the arms.

No Sailor Guardian cosplay would be complete without the back-bow either, and the costume gets that just right too — while most of the photos shared from Anime NYC only show the front, you can see glimpses of it around her back. 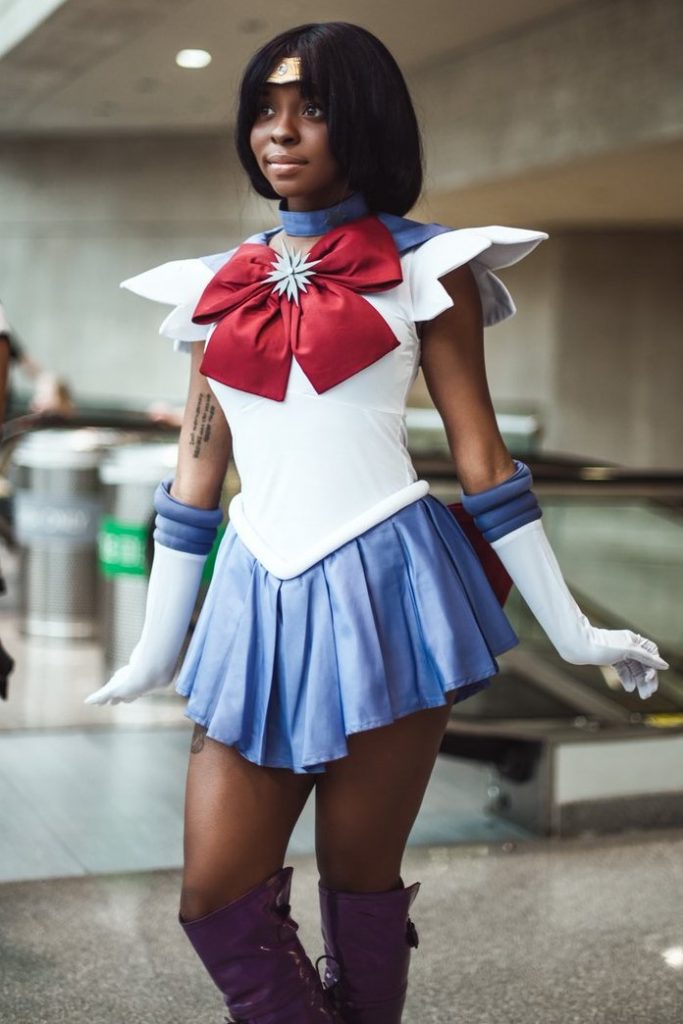 Chibi brought Sailor Saturn to life, including her brooch, bow, and boots, at Anime NYC.

Chibi, who also regularly dabbles in other anime cosplays from series like Pokemon and Food Wars! Shokugeki no Soma, also made sure she had all the little details of Saturn’s transformation outfit completed to a tee.

Her hair was pulled back by a gold tiara, like most of the Guardians, her purple boots shone brighter than her bodice’s blue trim — just like Saturn’s in the anime — and her lengthy gloves reached all the way up her forearm, completing the outfit.

“Happy birthday to the Goddess of Destruction herself, Sailor Saturn,” Chibi added when sharing her Saturn photos on Instagram. “Lovely shots of my Sailor Saturn Cosplay from Anime NYC, it was so awesome finally doing a Sailor Scout cosplay!”

With all of the pieces brought together into one cool, calm, and collected Saturn cosplay, it seems like Chibi has knocked it out of the park. Now she just has to find a few other Sailor Guardians to team up with, and Earth will be pretty protected.

Happy Birthday to the Goddess of Destruction herself! Sailor Saturn? #swipeleft • Lovely shots of my Sailor Saturn Cosplay from back at @animenyc ! Today is actually her birthday! A January girl just like me?? It was so awesome finally doing a sailor scout cosplay! Who’s your favorite? ? • This full set gets sent out tonight to all my lvl 1 monthly kofi supporters! To receive full HD cosplay sets and support my work feel free to tip me or sign up to a monthly tier @ https://ko-fi.com/chibithot ☕️?? ?: @topherblev

While Sailor Moon’s original 200-episode run across five different shows, including ‘R,’ ‘S,’ and ‘Sailor Stars’ concluded in 1997, the series has seen a revival in recent times with the 2014 release of Sailor Moon Crystal, a 13-episode web series.

Created to commemorate the original run’s 20th anniversary, fans flocked to the web-based retelling of the old story, and the love of Sailor Moon was re-sparked.

Now, a movie sequel titled Pretty Guardian Sailor Moon Eternal, and set after the mini-series, is due for release in 2020. While it may be 28 years since the show’s first premiere, Naoko Takeuchi’s creation is still going as strong as ever.