Gentleman’s agreements in Call of Duty have been at issue for years and it seems like things are only starting to heat up as we get closer to the first Black Ops 4 open event in Las Vegas.

As the debate over gentleman’s agreements continue within the competitive CoD community, FaZe Clan’s Tommy ‘ZooMaa’ Paparatto has made it clear he isn’t a fan of them.

After going on an extended rant on his Twitch stream, in which he called GAs a “joke” and saying that he was “tired of it,” ZooMaa has continued the conversation on Twitter.

While responding to a fan who was wondering why people have seemingly zeroed in on the grapple as the item of contention, ZooMaa had this to say: “Let’s talk about the double grip ICR no flinch, the all purpose Maddox, and the back pocket Mozu aka shotgun. Don’t see me trying to GA those things.”

This prompted 100 Thieves’ Austin ‘SlasheR’ Liddicoat to respond, alluding to the fact that many feel he’s behind some of the proposed GA’s saying : “Well since I make all the rules why would I ban those things!? Cmon I need to cater to myself to stay relevant.”

The two then seemed to disagree over whether the Saug SMG needed to be included in the list of GA’d weapons, with SlasheR saying it needed to go while ZooMaa hinted that it should be left alone since it’s “the worst / most inconsistent gun.” 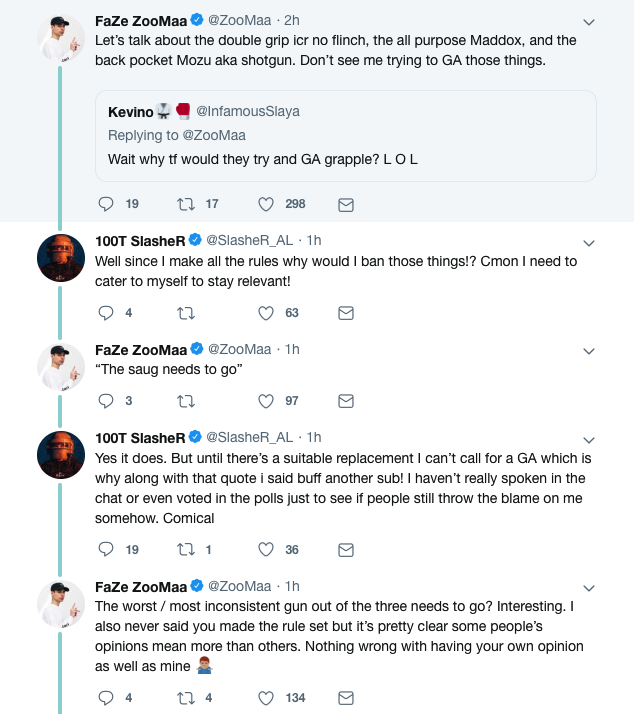 At this point, SlasheR brought up the fact that he feels ZooMaa and others are circulating a false narrative about him wanting to create many GAs, to which ZooMaa told Slasher it seems to him “whenever there’s something you don’t like, it ‘needs to go.’”

SlasheR responds by saying that “it’s not a matter of [him] liking something or not, it’s what I think is better for comp.” 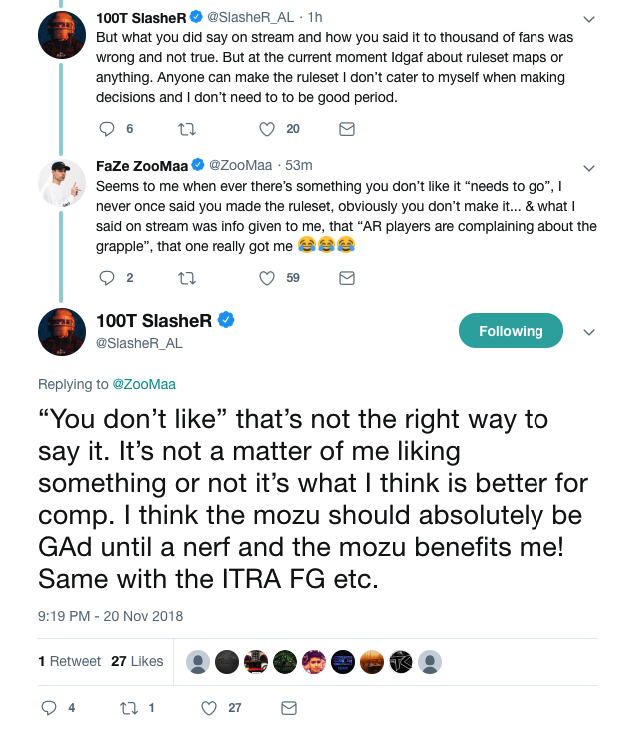 SlasheR then ends the debate by saying that he doesn’t “need a ruleset to be good,” while ZooMa doubles down on the fact that he feels some “people’s opinions [mean] more than others.” 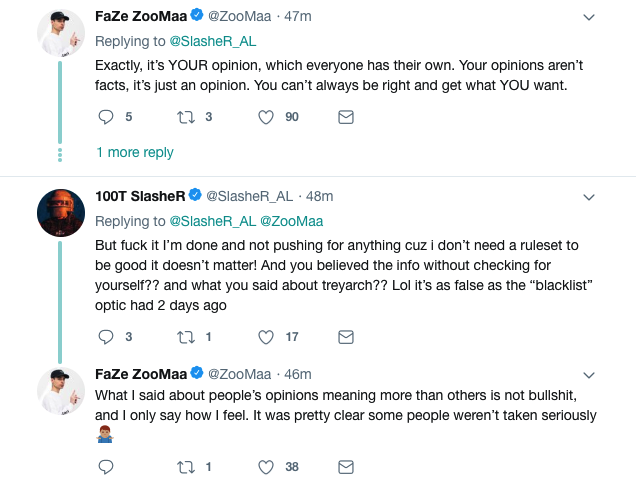 The GA conversation in the community first came to a head when OpTic Gaming’s Seth ‘Scump’ Abner mentioned on his stream that teams were refusing to play them if they used Ruin’s ‘grapple hook.’

ZooMaa then thrust the issue back into the forefront with his rant on Twitch just a couple days before the above exchange with SlasheR.

While gentleman’s agreements are technically against the rules set forth by the CWL, that hasn’t stopped players from making them anyways for the last few years. 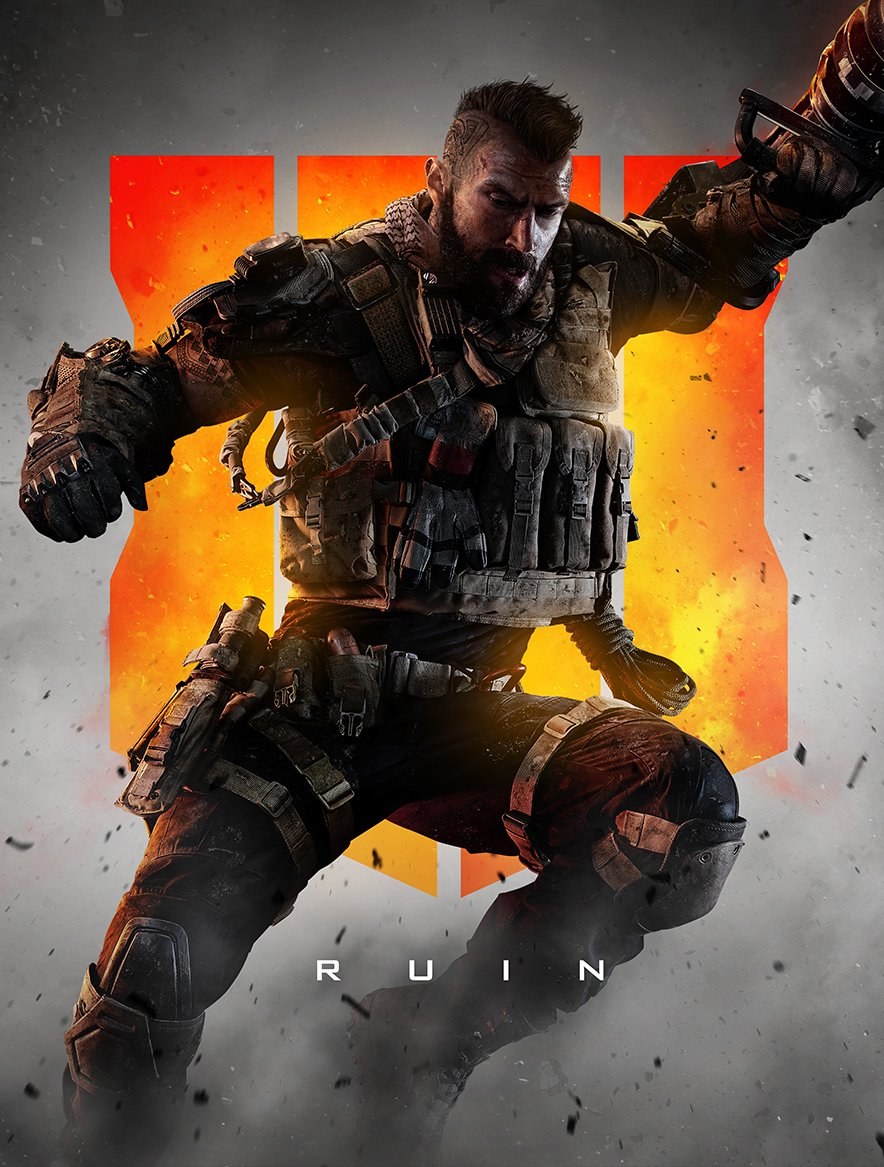 Changes have already been made to the CWL ruleset, but it seems as though players will continue to have varying opinions of whether the base ruleset is sufficient.

With only a couple weeks left until CWL Vegas on December 7, this likely won’t be the last we hear on the matter.