The newest Special Order to hit the Black Ops 4 Black Market features an item that might be a surprising inclusion to some players.

Special Orders were added into Black Ops 4 with the October 31 update and allow players to unlock an exclusive set of items in exchange for Call of Duty Points.

A brand-new Order called Fall Firearms was added with November 20’s Patch 1.07 and it includes a pair of new items to unlock, including one that was previously a pre-order bonus for Gamestop.

The first item available in Fall Firearms is Carbon Cobra, a new variant for the Maddox Assault Rifle. 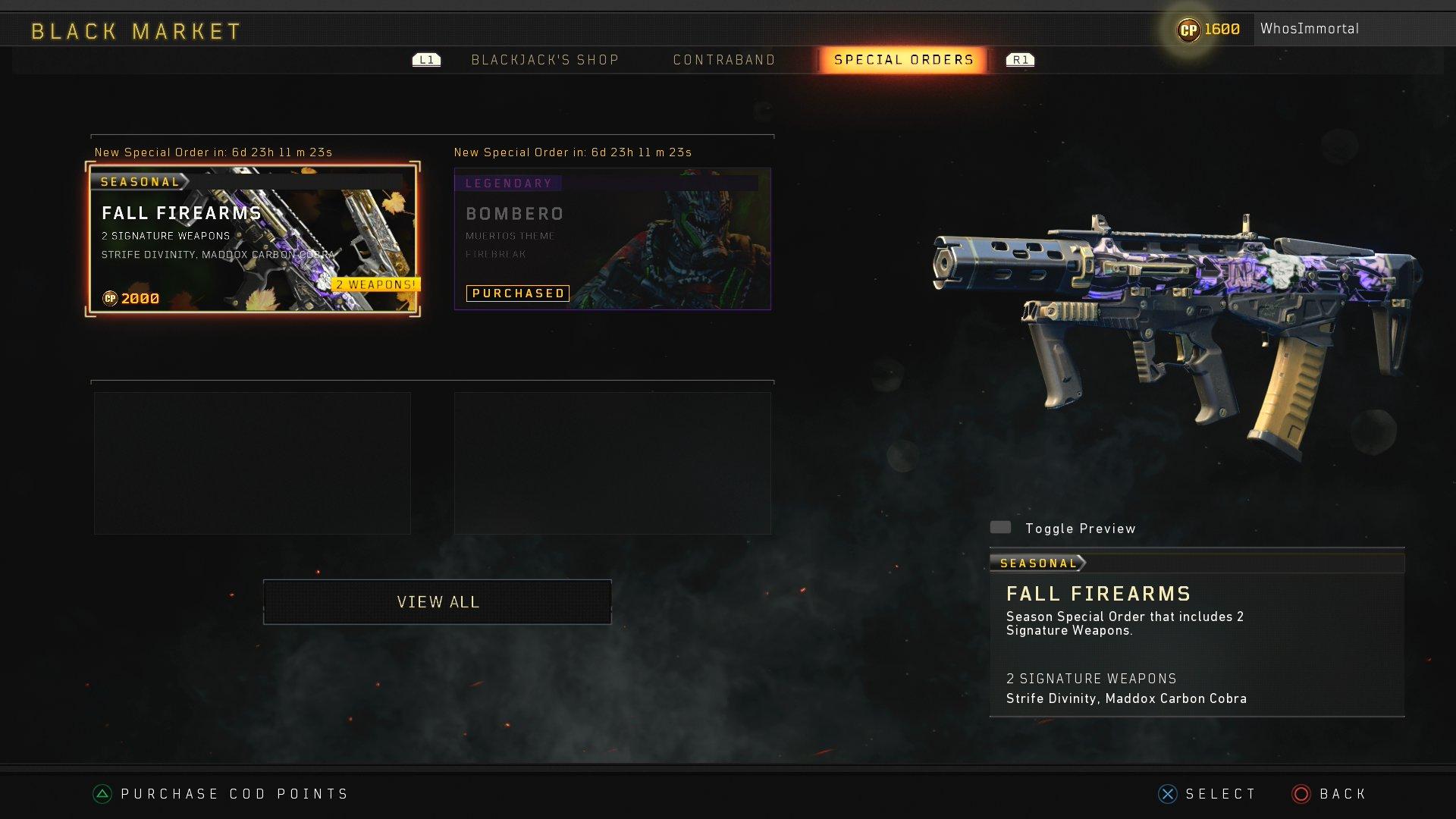 The second item is one that is familiar to players who pre-ordered Black Ops 4 at Gamestop, as the Divine Justice variant for the Strife pistol that was only available as a pre-order bonus before its inclusion in this Special Order. 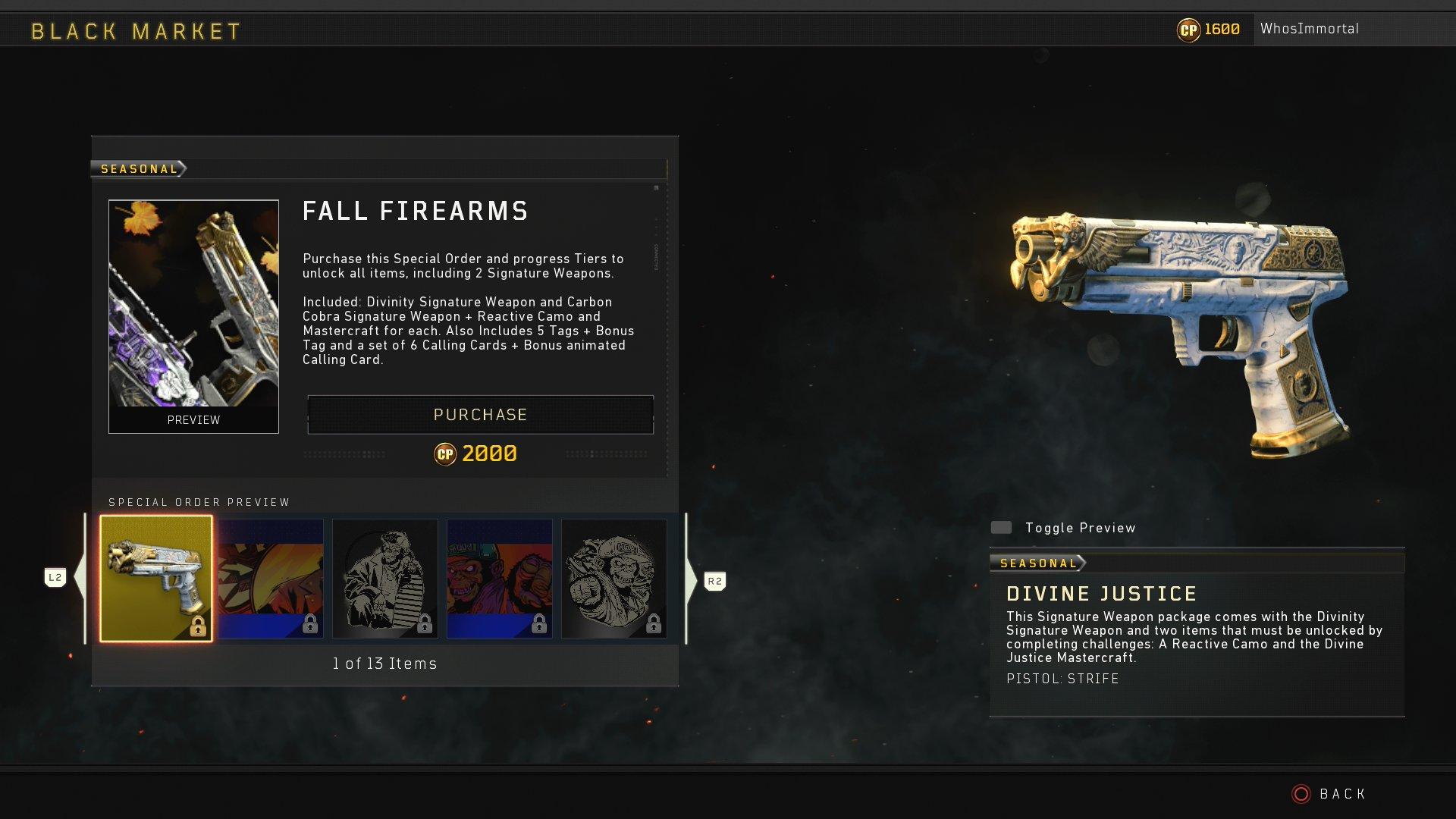 While it might seem odd to see a pre-order bonus show up for all players, this follows tradition from previous titles that have seen Gamestop bonuses become available to everyone eventually.

It’s also worth noting that the price tag of 2000 CoD Points unlocks both signature weapon variants and other rewards such as Tags and Calling Cards.

Fall Firearms will remain in the Black Market until November 27 at 10am PST / 1pm EST.

Additionally, Blackjack’s Shop has gone live for Xbox One and PC players with Patch 1.07 on November 20.