What we learned from week two of the CWL Pro League - ft. OpTic Gaming, Gen.G, and more - Dexerto
Call of Duty

What we learned from week two of the CWL Pro League – ft. OpTic Gaming, Gen.G, and more

Another week of incredible competitive action at the 2019 Call of Duty World League’s Pro League came to a close on February 14, with Division A wrapping up their second week of matches.

The second week saw the eight Division teams play another 14 combined matches over the course of four days, with squads trying to climb as high as they could in the standings before their long break.

Of course the Division A teams still have a lot of matches to play in between themselves as well as Division B, but it’s never too early to try and forecast the directions that certain teams are headed.

And with that, here are some of the major storylines we’ve picked up on from week two of the CWL Pro League.

Gen.G may be the team to beat in Div A 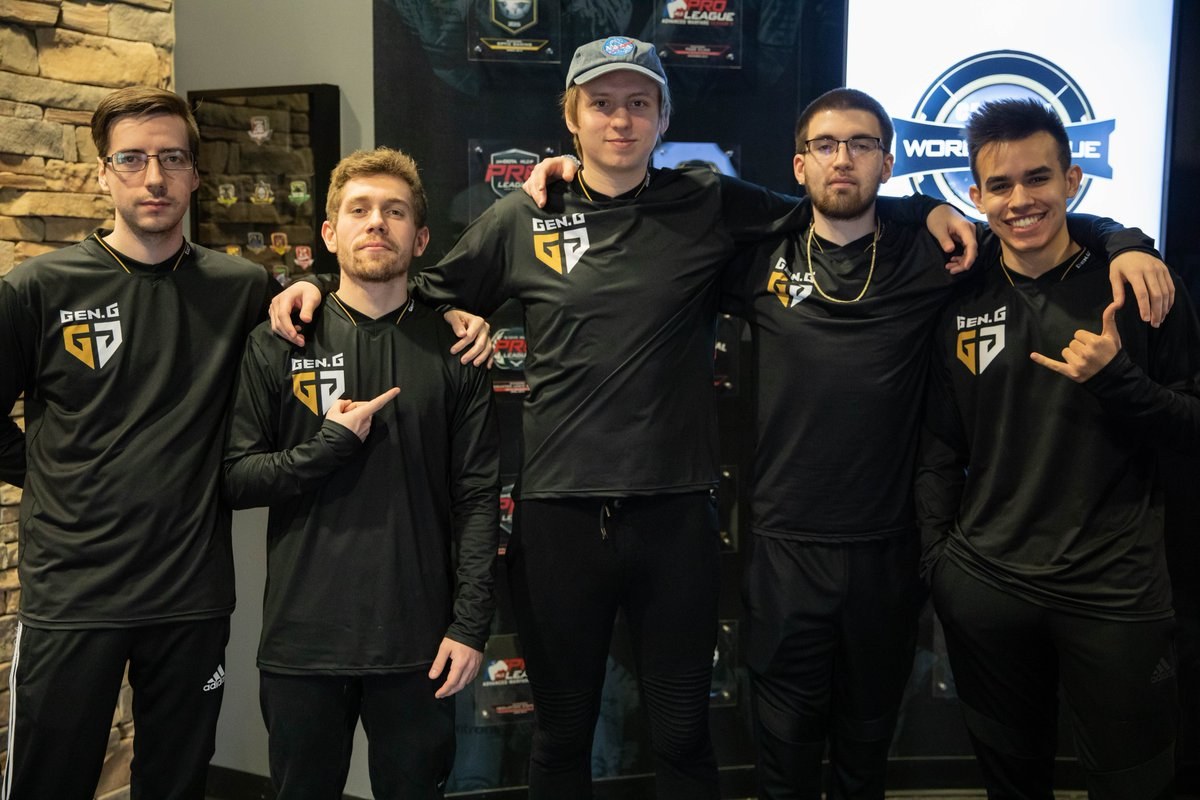 Sitting at 6-1 and atop the Division A standings, Gen.G have more than established themselves as a formidable Call of Duty powerhouse.

Despite having the best record, the team does not have the best map win percentage, which goes to show that they aren’t always dominating opponents but are almost always finding ways to take the crucial maps and win series.

While there is still a lot of the Pro League to be played, Gen.G look like the team to beat right now, and almost no one has been able to do so thus far.

OpTic are not nearly the same without Dashy 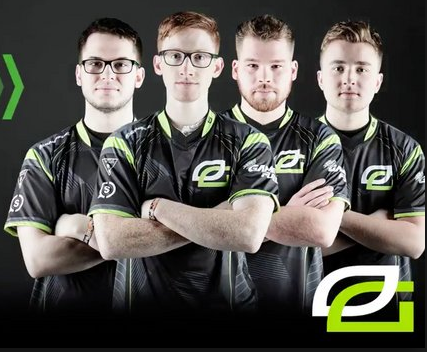 If there’s one thing that week two has proved about OpTic Gaming is that the reigning CWL Vegas champs are not nearly the same without their MVP map Dashy.

While ZooMaa has done his best filling in as a substitute, their 3-2 loss to Gen.G and being on the wrong end of a reverse sweep against Luminosity have made it pretty clear that they need to be at full strength if they want to beat the top teams.

While 4-3 may not be the most ideal record for OpTic heading into the break, they’ll take comfort knowing that they survived the up-and-down two weeks with a positive record. 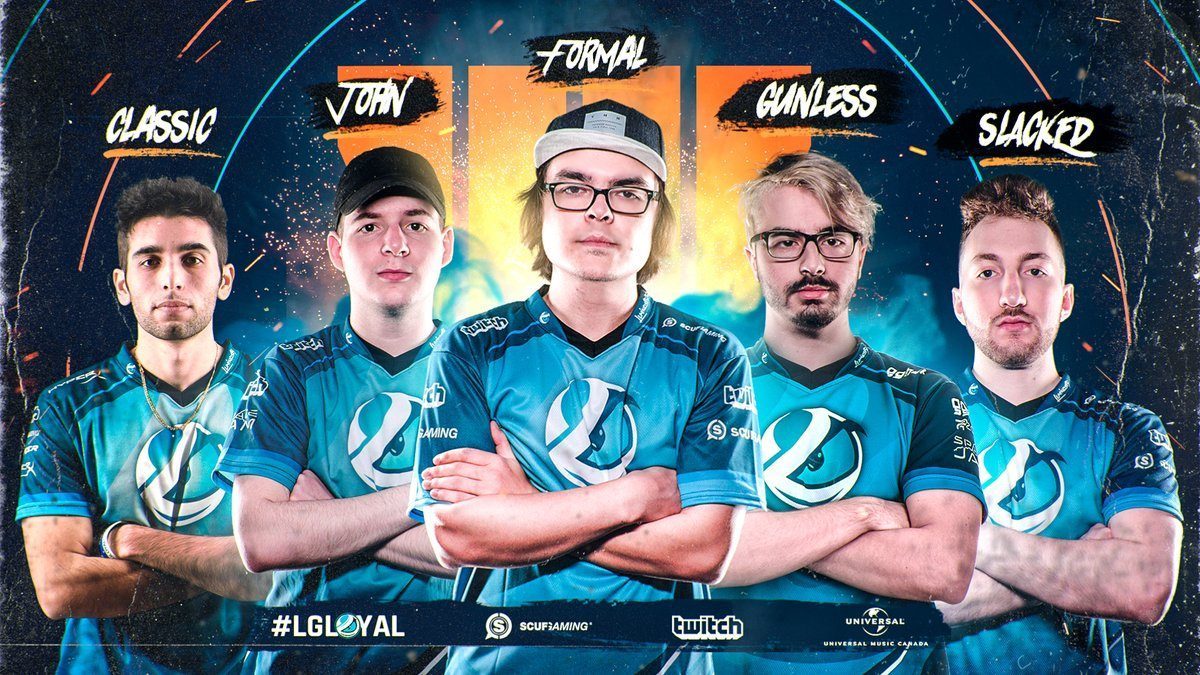 Things were looking dire for Luminosity after week one. The team was sitting at 0-3, second to last in the standings, and faced the daunting challenge of having to take on the top three teams in week two.

Things seemed to get even worse after they lost to Gen.G in their first match of the second week, but since then, their turnaround has been nothing short of miraculous.

LG won their last three matches to round off the week, including a statement 3-0 domination of Midnight and a stunning reverse sweep against OpTic, putting themselves right back into the mix.

The race for 4th place could be a good one 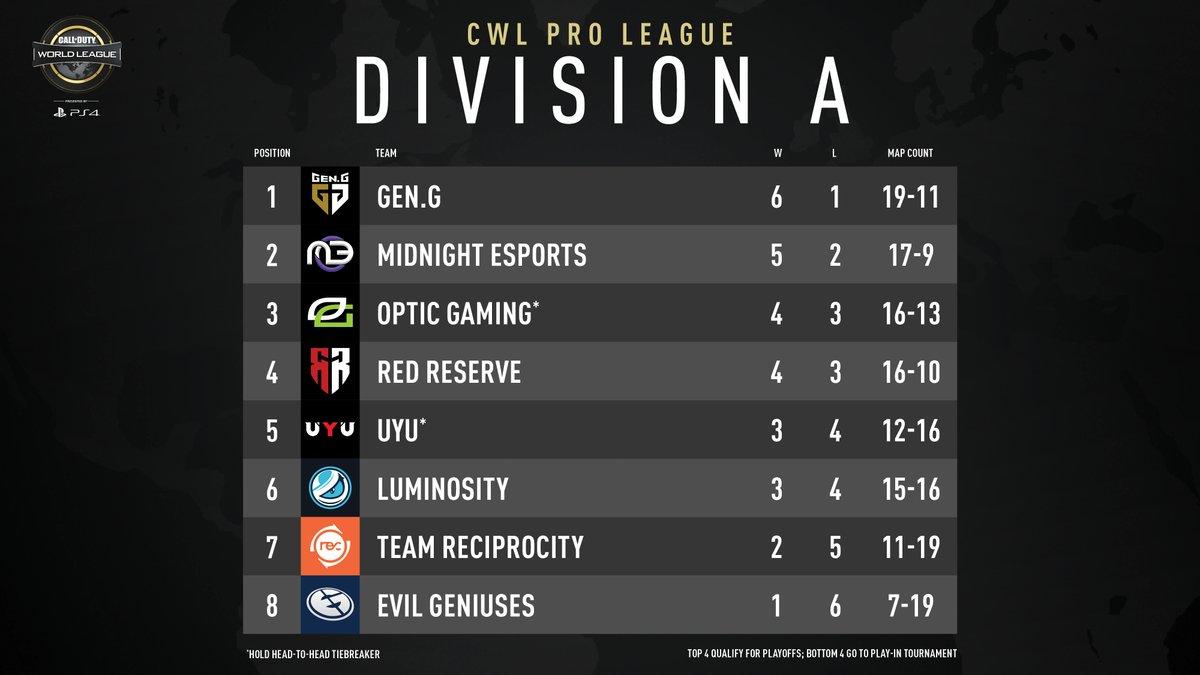 There are currently a combined four teams that have either a 4-3 or 3-4 record after two weeks of the Pro League – OpTic, ex-Red Reserve, UYU, and LG.

While many are expecting Gen.G, Midnight, and OpTic to eventually pull away and seal the top three seeds, that still leaves what could end up being a tight and exciting race for the fourth and final Playoff spot.

It’s also worth nothing that while Team Rec and EG are both a little off the pace at the bottom of the table, they too could fight their way into the conversation if they can string together some quality wins.

Remember, you can keep updated on all scores, standings, schedules, and more, by visiting our dedicated CWL Pro League hub.

Week three of the Pro League is scheduled to kick off on February 18 as Division B will begin its first set of matches. Fan favorites Heretics will face eUnited followed by the defending World Championship Team Envy roster taking on the new look 100 Thieves.