There is no end in sight for the rivalry between OpTic Gaming and eUnited, and now a senior member of OpTic’s parent company has gotten involved in the war of words.

Jacob ‘Maelk’ Toft-Andersen, Vice President of Esports at Infinite Esports & Entertainment, has thrown some shade at eUnited in a reply on Reddit.

A user had posted a message on Reddit accusing eUnited CoD coach Brian ‘Saintt’ Baroshka of openly badmouthing OpTic and singling the org out.

“I swear, out of everyone, the person who talks the most shit about OpTic in the CoD scene is eUnited’s coach, Saintt,” the post read. “I feel like whenever OpTic is mentioned, he has to find a way to throw shade. In Clay’s [eUnited’s Clayster] chat, he was talking about how OpTic’s popularity doesn’t transcend outside of CoD.”

In his reply, Maelk wrote: “He’s so used to eUnited being just as popular in every other title as they are in CoD.”

The sarcastic remark is clearly a dig at eUnited’s popularity outside of the sphere of competitive CoD, insinuating that the org is not as well-known in the other esports they’re involved in. 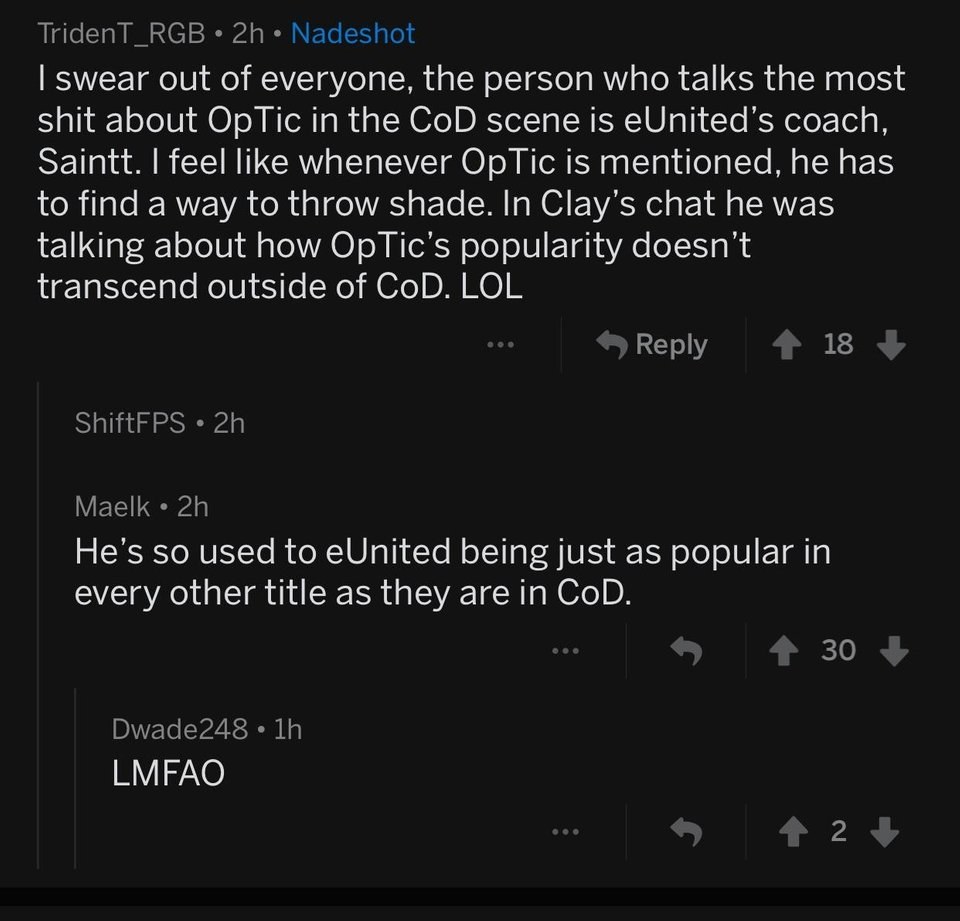 This follows what has been a lengthy rivalry between the two organizations in recent weeks, which essentially started off on Halloween, when eUnited poked fun at OpTic’s poor placement at the recent 2018 CWL Champs.

A retaliation from OpTic CoD captain Scump on Twitter led to a can of worms being opened, with multiple members on each side getting involved in the war of words.

Even just recently, the two orgs were embroiled in controversy when OpTic refused to replay a critical round of Hardpoint during the semifinals of the first NA CWL 2K tournament.