Top 10 best Call of Duty maps of all time

If the new Modern Warfare is to be one of the best Call of Duty games in the series’ history it will need some great maps. It has a lot to live up to, as Activision’s FPS franchise has featured some amazing maps down the years – here are the 10 best.

There are 100s of maps to choose from across Call of Duty’s history, and all multiplayer maps have been considered, regardless of whether they were added via DLC or in the base game.

The main criteria for making it into the top 10 is replayability and how well the maps flow based on the games they featured in.

A number of these maps have featured in more than one CoD game, so we’ve listed the version we’ve chosen in each case. 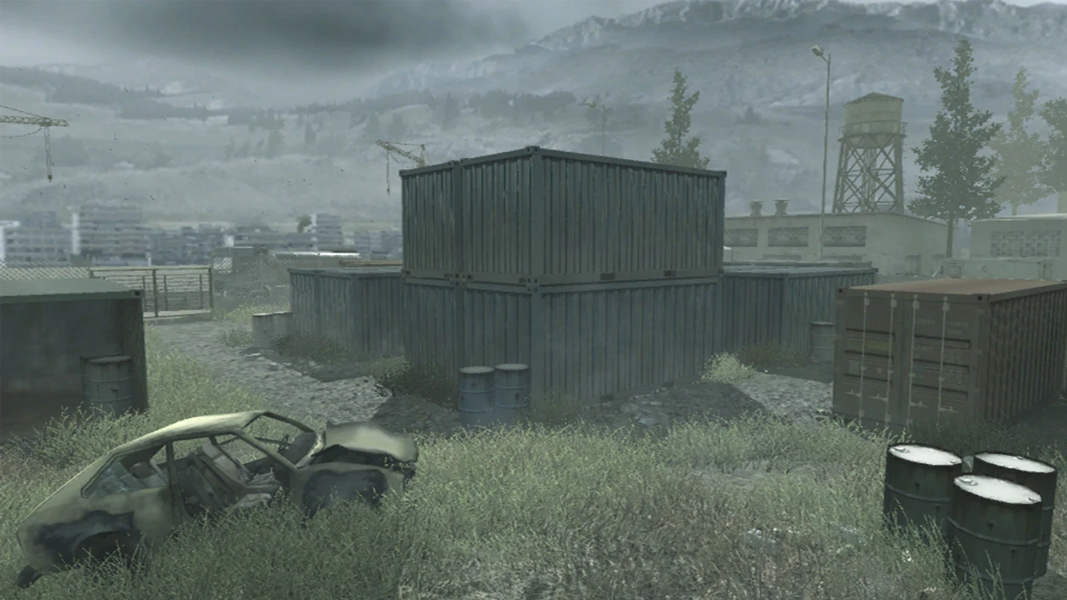 Shipment is known for its stacked crates and frantic pace.

With its minute grid structure, Shipment was often complete anarchy. It was equally easy to go on a five death-streak or a 15 kill-streak, but the rapid pace of matches meant that there was never a dull moment and players were always in the action.

Shipment has been reincarnated in subsequent CoD games, including Modern Warfare Remastered (obviously) and, most recently, Call of Duty: WWII. 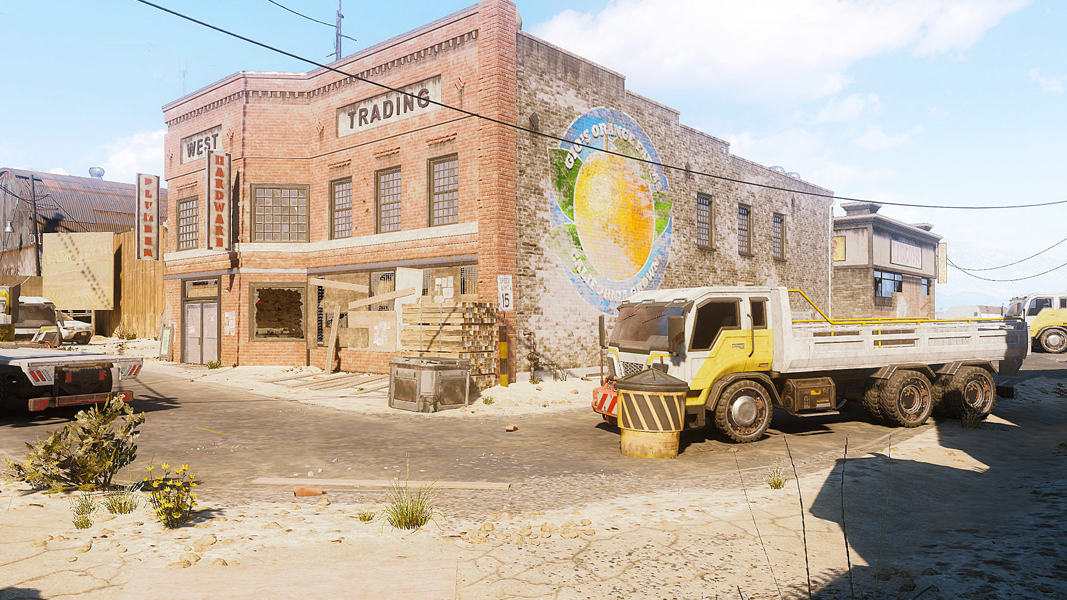 Black Ops 3 was undoubtedly the best of the advanced movement games, bringing a refinement to Advanced Warfare’s hectic movement system. It also saw the maps undergo significant changes, as wall-runs and verticality became factors to consider.

One map that complemented the movement of Black Ops 3 perfectly was Fringe. The map had an excellent flow, offering the perfect mix of short-to-mid-range gunfights, as well as the long sniping lane down the middle of the map. 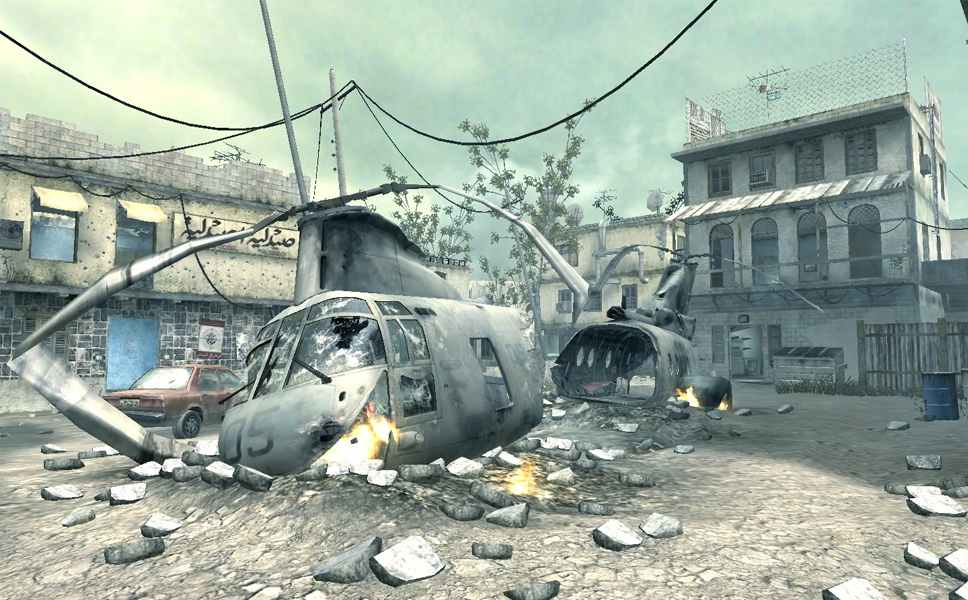 Crash centered on a downed helicopter in a desert town.

Crash was a small-to-medium-sized map, which brought a rapid, but consistent playing experience to Modern Warfare. The game that launched CoD into the mainstream, Crash played a significant role in giving the series its trademark casual, fast-paced brand of FPS action.

There was also infinite fun to be had in the tall building along the far side of the map, where Search and Destroy saw countless games end in an incredibly tense scenario, as players scoured the many staircases to find opponents. 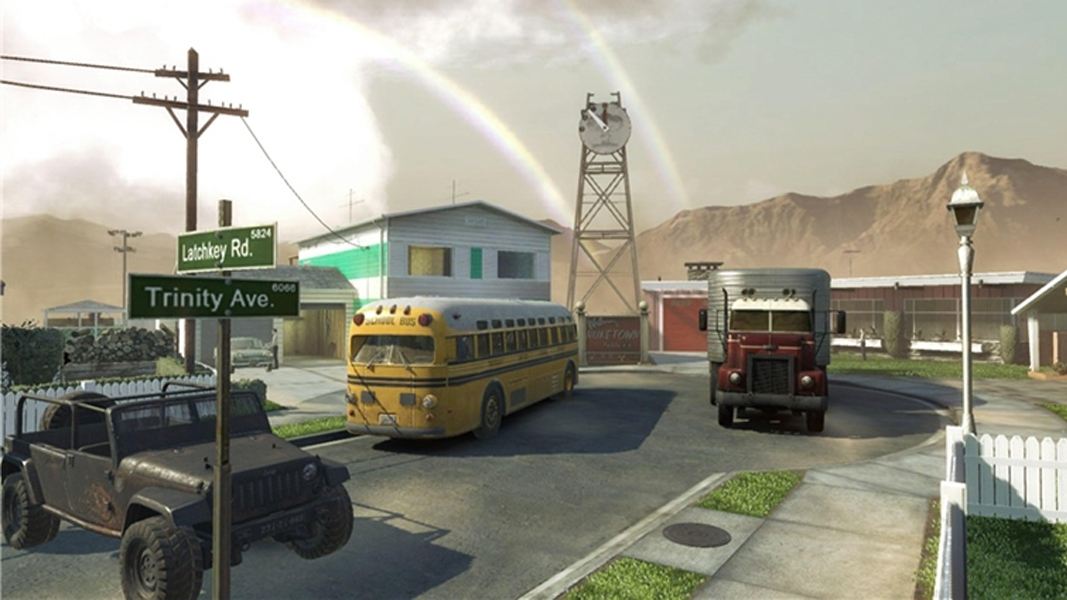 Arguably the most well-known map in the history of Call of Duty, there is not an FPS fan anywhere who won’t recognize its mid-map, or the houses that overlook the town center and gardens.

Frenetic in all the right ways, Nuketown has been reincarnated in every Treyarch game to date. Black Ops 3’s version incorporated wall-runs, while Black Ops 4 provided a snowy, Siberian feel to the signature setting.

Regardless of its many revivals, Nuketown has never been better than in its original form in 2010’s Black Ops. 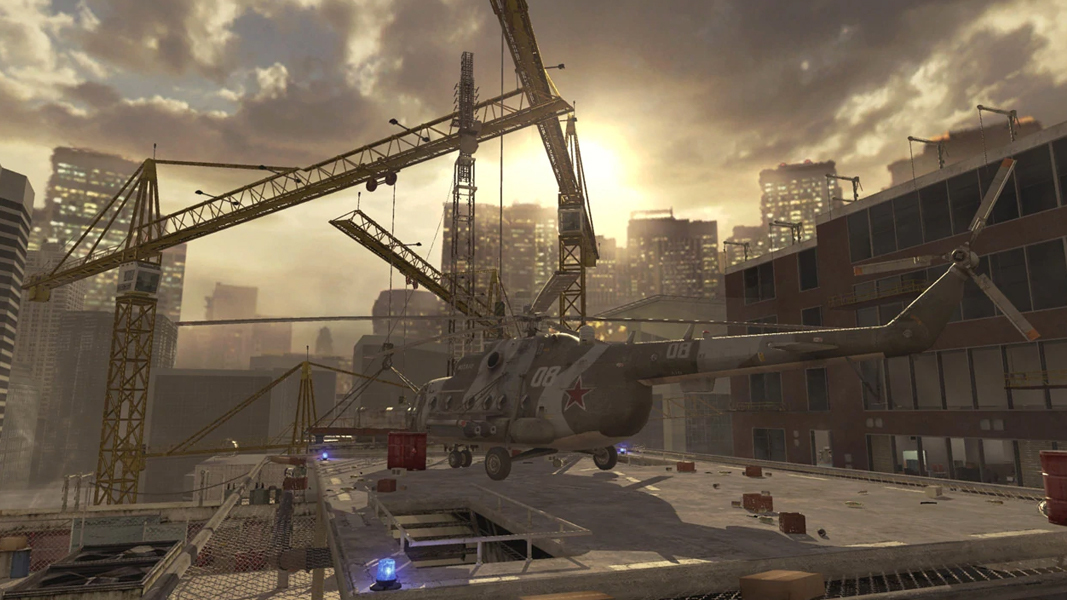 Highrise took place on the roof of a skyscraper, with cranes hanging over much of the map.

Number 6 on our list goes to Highrise from Modern Warfare 2. A trick-shotter’s paradise, it’s hard to picture a game on Highrise without it being dominated by Interventions – or trick-shotters utilizing the cranes to try and line up a perfect shot.

Long-term CoD players will only have fond memories of the two office buildings at either end of the map, and the elevated helipad that provided a more central power position.

It also had an excellent flow, as players used the nearly-constructed lanes and building works to ambush enemies in a fast-paced, enjoyable environment. 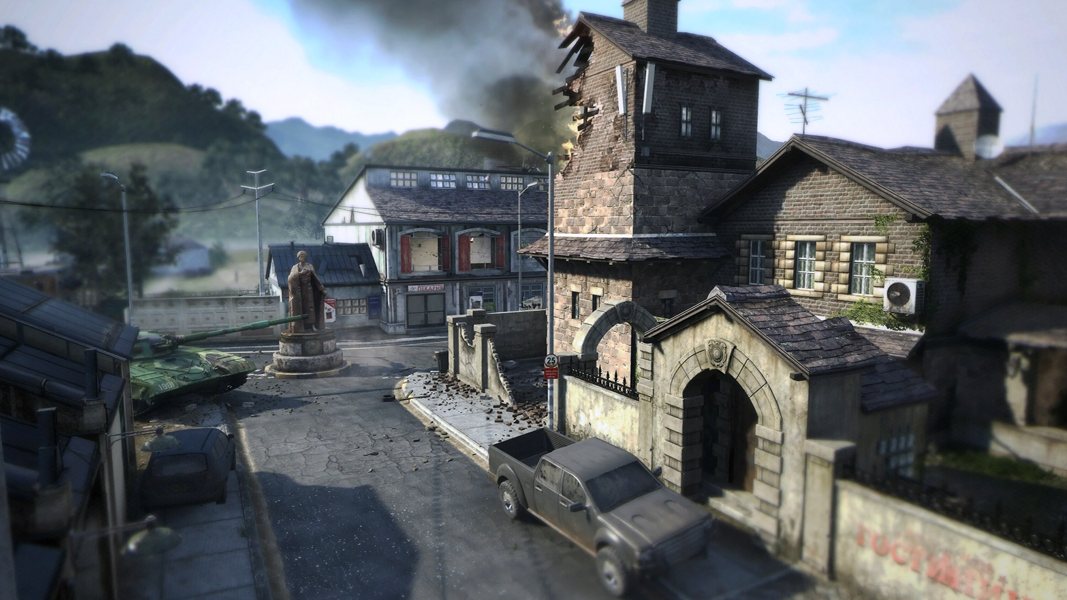 Standoff is our number five, but it’s not our favorite Black Ops 2 map.

Standoff was a small-to-medium-sized map, set in a border town between China and Kyrgyzstan. Another of Treyarch’s three-lane maps, Standoff flowed excellently, with a perfect mixture of close-range and long-range gunfights on offer.

Whether sniping across the mid-street, or close combat engagements in one of the map’s few houses, Standoff provided countless matches characterized by fast-paced gameplay and long killstreaks. Every Black Ops 2 player will have a memory of calling in a Swarm on Standoff – or having one called in against them. 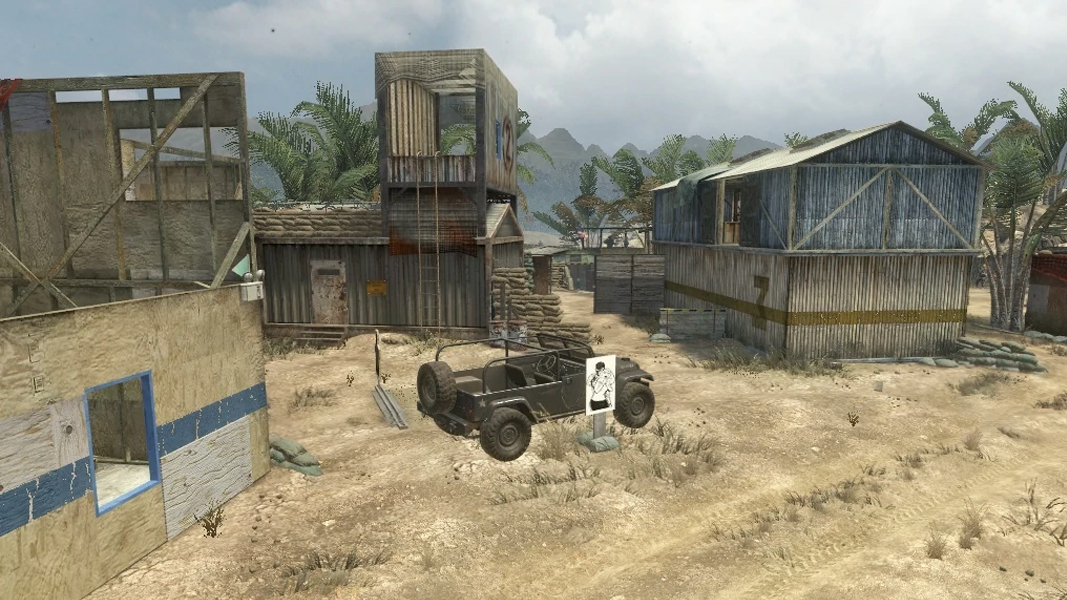 Firing Range is another of the most well known maps in CoD history.

Firing Range is one of CoD’s most famous maps, and another that utilizes a small-to medium-sized setting. Based in a deserted military training area in Cuba, it has been reincarnated numerous times in subsequent Treyarch games.

Revived in Black Ops 2 as a DLC map named Studio, it featured as a base map in 2018’s Black Ops 4, operating under the same name. Another mixture of long and close-range gunfights, Firing Range is one of the best maps CoD has ever had to offer.

Similar to Nuketown, Firing Range has never been better than in its original form, in 2010’s Black Ops. It seems hard to believe it’s been nearly 10 years since players were calling in Blackbirds above this Cuban military arena. 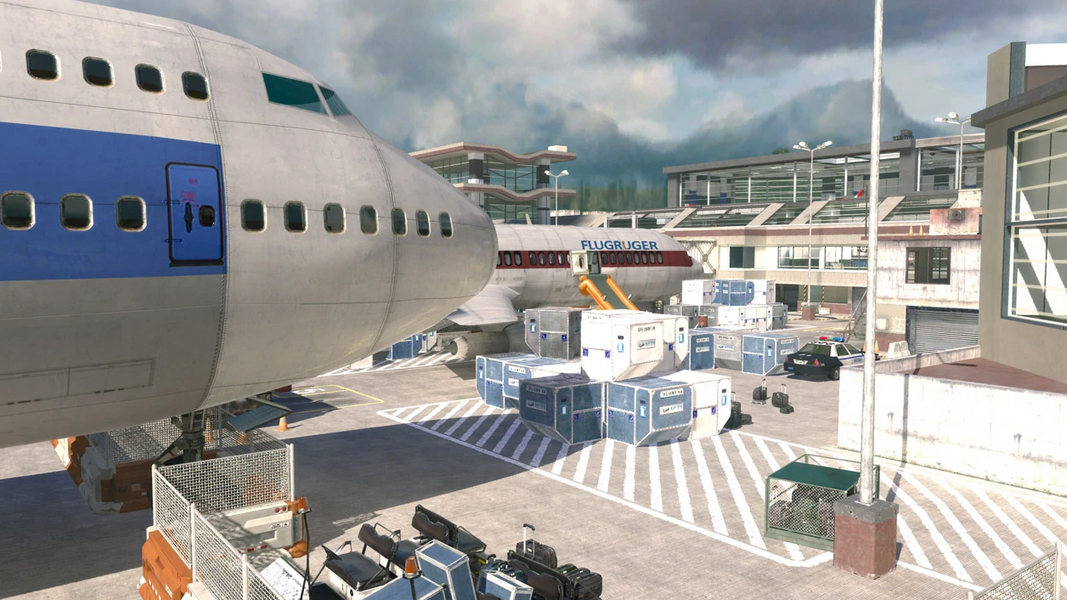 You don’t have to have played a lot of CoD to know the famous airport setting that was Terminal.

There’s not an FPS fan anywhere in the world who won’t recognize our bronze medalist. Terminal is one of the larger maps on our list, but the flow was retained, whether in the airport terminal itself or one of the empty 747s.

Another of the maps that’s impossible to picture without an Intervention in hand, it provided countless opportunities for trick shots. Every MW2 player will have their own unique memories of this classic given the versatility in environment offered by Infinity Ward’s imaginative design.

It has since been brought back in Modern Warfare 3 and Infinite Warfare – the latter of which was set on the moon. An undeniable classic, and the final time an Infinity Ward map will feature on our list. 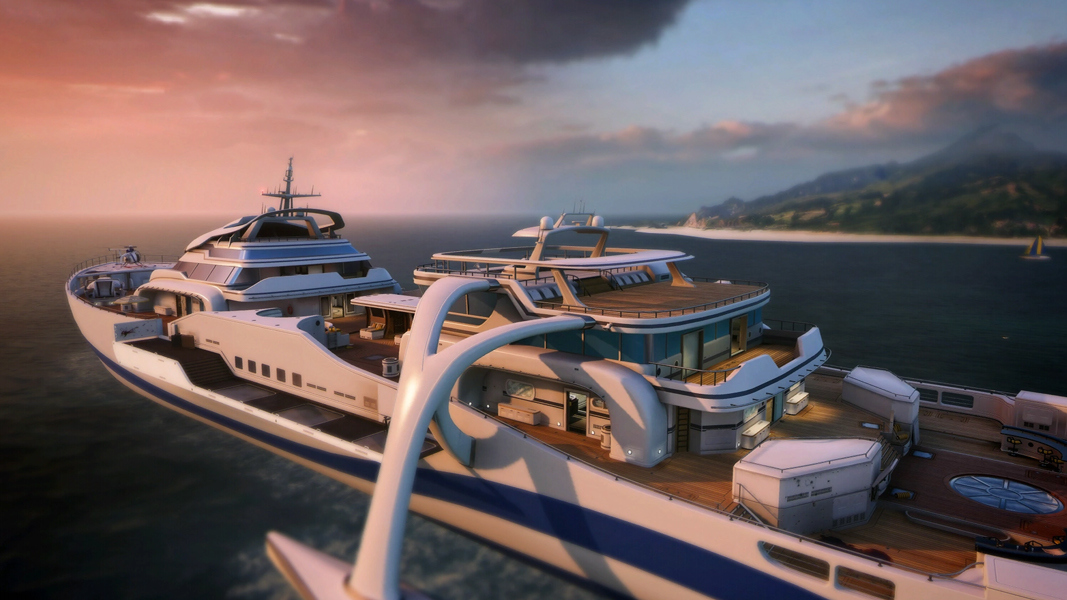 Hijacked is one of the smallest maps on this list, but still retained a consistent pace. It utilized two multi-storey buildings on either side of the deck, with a number of vantage points available to kill enemies.

It also had the underground lane, passing through the ship’s engine room, in a hardpoint rotation that regularly proved organized chaos. The versatility of this map is one of its inherent strengths, providing equal opportunity for players running a PDW or a DSR.

It has been recreated a few times, as ‘Skyjacked’, in Black Ops 3’s first DLC, and as a POI in Black Ops 4’s Blackout battle royale. 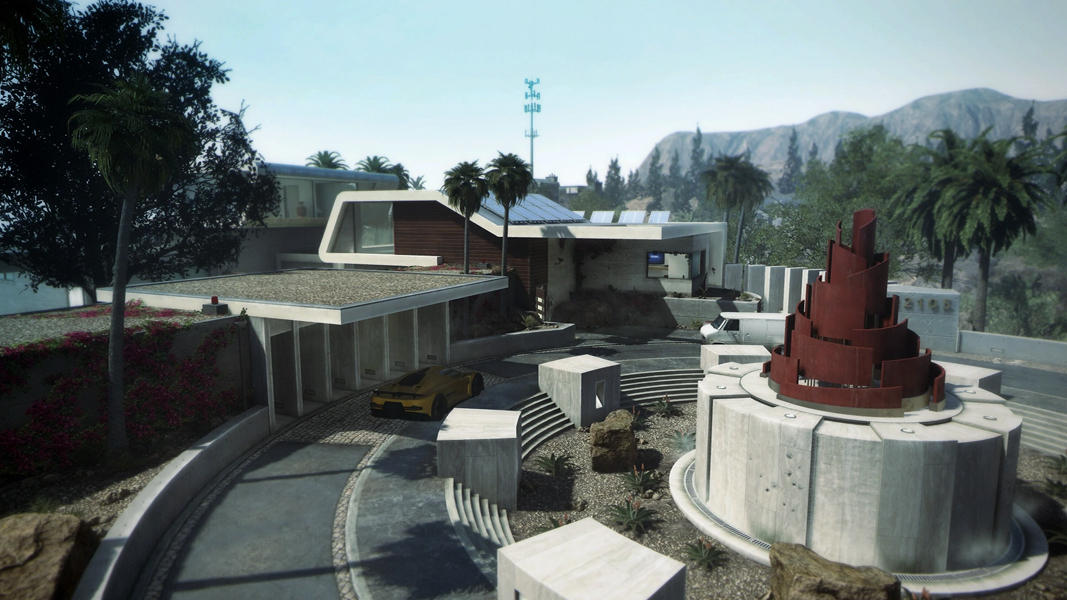 Raid, set in the Hollywood hills, is our number one pick.

Our gold medallist, the best Call of Duty map of all time, is Raid from Black Ops 2.

This small-to-medium-sized map is set in a Hollywood mansion, and makes use of all the cliched features a millionaire’s Californian home would possess, from the swimming pool and basketball court, to the garage housing a number of supercars.

The spawn snipe is also famous, with many Black Ops 2 fans being able to picture Nadeshot’s famous two-piece across mid-map. There are countless famous gameplays on this map, including Scump’s original ‘sweat banning’, in which he went an incredible 88-0.

Raid is a map conducive to killstreaks, rewarding players for their ability to manipulate spawns and stay alive. Another versatile map, Raid could be equally rewarding to ARs, SMGs or Snipers. The less said about Target Finder LMGs the better.

It has been brought back as a POI in Blackout, as well as getting a Greek remaster for its feature in Black Ops 3.

An absolute testament to what Treyarch are capable of, it raises the question of why Black Ops 4 struggled to come up with original maps that could match the standard they had previously set.

Raid is the best Call of Duty map of all time – and it wasn’t a particularly difficult decision.

These are all iconic maps that were generally well-liked, but didn’t do quite enough to make our top 10.

We kick this off with a couple of maps from World at War: Dome and Castle. Dome made use of the smallest environment on WaW, providing countless MP40 encounters. Castle, on the other hand, was much larger but retained a consistent flow for all play styles. 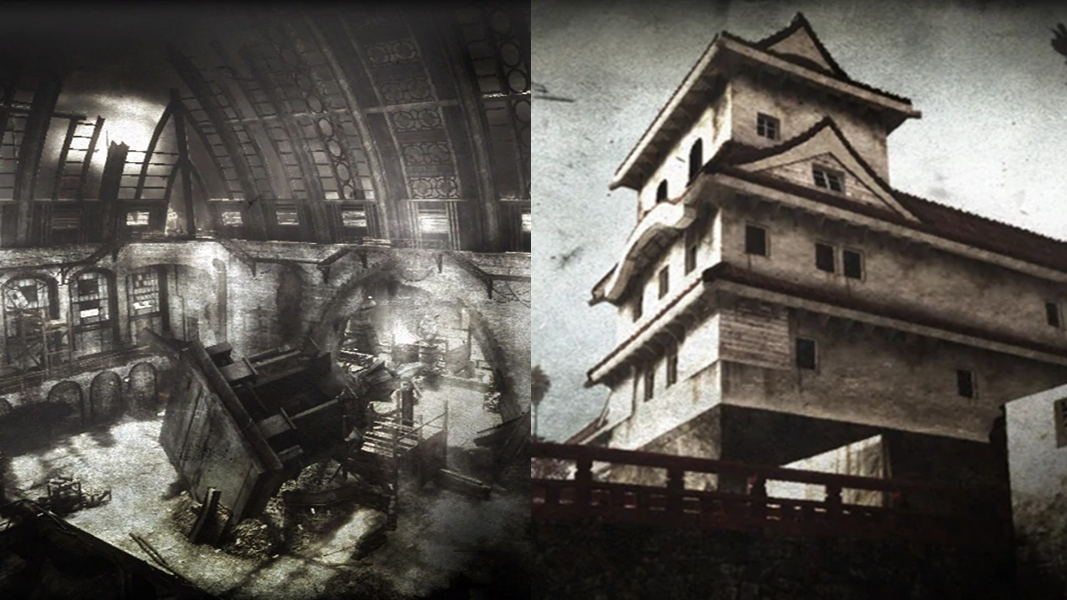 Dome (left) and Castle (right) will both be nostalgia trips for veteran CoD players.

Next in our list of honorable mentions are a couple more Black Ops 2 maps, probably the best CoD of all time when it comes to multiplayer maps. Both Slums and Grind were brought back for Black Ops 4. Slums was in Black Ops 2 from the start, while Grind was added as DLC. The unique skate park setting was wholly original and a credit to the support Black Ops 2 received.

Our next couple of honorable mentions are both Treyarch maps, one from Black Ops 3 and one from the original Black Ops. Black Ops 3 players will universally remember how many times Combine was picked before the ‘2 in a row’ map select limit was added. Its small bio-farm setting provided one of Black Ops 3’s best maps.

Summit from Black Ops is also instantly recognizable – the small snowy environment was brought back in Black Ops 4, and was one of the best maps, thanks mainly to its chaotic middle hall, in which countless angles and windows lead to anarchic but enjoyable gameplay.

We round off our honorable mentions with a few more Infinity Ward maps. Favela from Modern Warfare 2 provided a unique setting on top of roofs in Brazil, with messy fun being the main takeaway from this creative, colorful environment.

Modern Warfare 2’s Rust could sometimes be too open and messy in a 6v6 environment, but its notoriety for 1v1s and settling scores means it’s well worth a place in our honorable mentions.

Vacant from Modern Warfare (2007) also shone as one of the game’s best maps. Set in an abandoned Russian office, the desolate corridors were linear but provided an enjoyable experience for players to earn Modern Warfare’s three killstreaks. 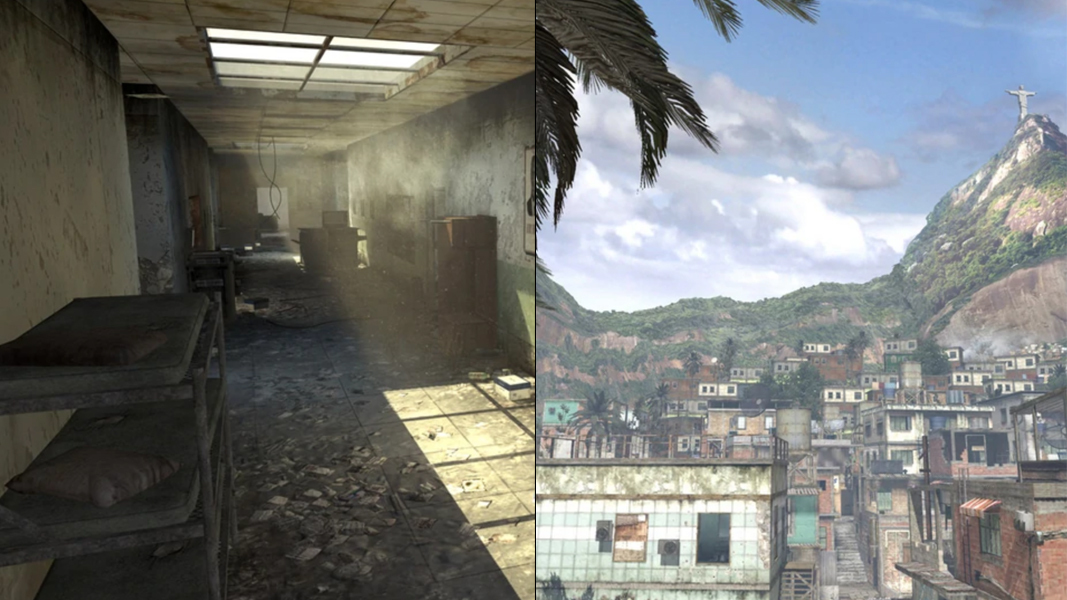 Vacant (left) and Favela (right) are some of Infinity Ward’s best ever.

What do you make of our picks? Tweet us @DexertoIntel to let us know what you’d change!