NICKMERCS Warzone
For the third month in a row, star Twitch streamer Nick ‘NICKMERCS’ Kolcheff hosted a $50,000 Call of Duty: Warzone tournament called the MFAM Gauntlet, and we’ve got everything you need to catch up on all of the action.

As one of the world’s leading content creators for Warzone, NICKMERCS put together the third installment of his fan-favorite MFAM Gauntlet competition.

Following three community-day subscriber tourneys, the main event finally arrived, featuring some of the biggest names in gaming, sports, and entertainment, all battling it out for a massive prize pool. $25,000 was up for grabs for the highest-placing teams, while another $25,000 went towards a charity of the winning squad’s choosing.

Competition was extremely close throughout the event though some of the biggest names were dismissed earlier than most would have expected. The likes of Tfue, Pamaj, Crimsix and plenty others, were all knocked out before the single-elimination bracket. A team full of Warzone champions and top contenders to win it all were also knocked out early, though this came with its fair share of controversy.

Vikkstar, WarsZ, JukeyZ, and Callfreezy were on track to make the top 8 teams until disaster struck. The squad encountered a devastating server crash, putting a heartbreaking end to their run through the tournament.

The single-elimination bracket was fierce from the get-go as even NICKMERCS and his team were wiped out in the first round by Call of Duty veteran, Karma, and his lineup. Ultimately, it was Team JKap and Team Bloo that pushed their way through to the Grand Finals, however.

Both squads were neck and neck throughout the final round of the competition. Heading into the last map, just a handful of kills separated the teams though it was Team FaZe Bloo that managed to come out on top in the end. Even with the lead firmly secured, they kept up the pressure and closed out the final map with an overall victory.

When was the June MFAM Gauntlet Warzone event?

It was livestreamed on its very own Twitch channel, which we’ve included below. This broadcast was led by Call of Duty League casters Clint ‘Maven’ Evans and Joe ‘MerK’ DeLuca. Additionally, all of the biggest names were sharing their own perspectives as well, many of which you can below.

The standings and bracket for this event can be found on the MFAM Gauntlet website and were updated live throughout the day as results from all the matches came in.

Nick himself was competing alongside fellow FaZe Clan member Swagg and reigning back-to-back champion SuperEvan. An additional three slots were reserved for the winners of his subscriber tournaments that were held throughout June.

The MFAM Gauntlet main event was split into two portions – a time-based phase followed by the knockout stage. For the first three hours, teams loaded into public Quads matches and tried to score as many points as possible. Scoring is based on both total eliminations and placement, and only the five best games from each squad count.

Once the timed section was over, the top-eight teams on the leaderboard then advanced to a single-elimination bracket. In each round, the squads matched up against each other and tried to secure the highest score based on the same format as before.

The team with the most points after the two matches advanced and this continued until the overall champion was determined from the last two standing. If during this bracket phase, squads ended up in a tie, two members from each side would then face off in six rounds of 2v2 Gunfight to decide who moved on. 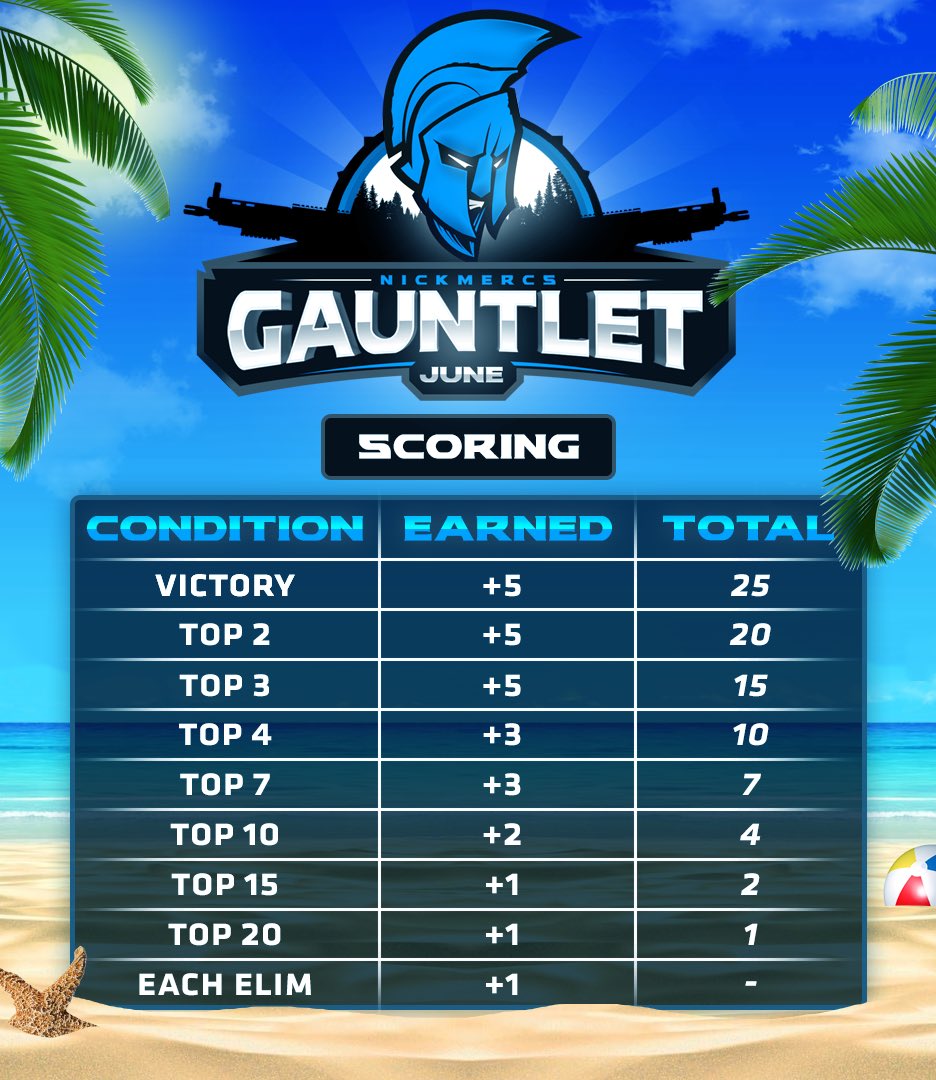 As for the prize breakdown, the top six teams from the knockout stage received a portion of the $50,000 prize pool, with an additional $1,000 going to the teams with the most eliminations and the player with the most individual kills in bracket play.

However, players will only keep half of their winnings; the other half ($25,000 total), went to the charity of the winners’ choice as part of an effort to contribute to the charge for social justice and equality. Make sure to follow us on Twitter @DexertoINTEL for all the latest Call of Duty and Warzone news, updates, guides, and more.