One of the hottest prospects in the competitive Call of Duty scene has finally become eligible to compete in the professional scene after turning 18.

A new wave of talent is set to take the Call of Duty esports scene by storm over the next few years and some of the game’s rising stars are ready to take the next step after becoming eligible to compete in CWL competitions.

One such pro, McArthur ‘Cellium’ Jovel, had his 18th birthday not long after CWL Vegas, prompting speculation about which team would make a move to sign him. The up-and-coming pro was soon snapped up by FaZe Clan and now one of his former eUnited Cadets teammates, who has also turned 18, is ready to transition into the professional scene. 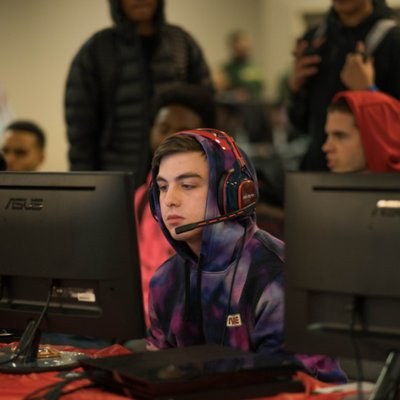 The former eUnited Cadet should be one of the hottest properties in the game.
[ad name=”article2″]

Former eUnited Cadets member Chris ‘Simp’ Lehr, who is currently a restricted free agent, has now turned 18 and is eligible to make his mark on the professional CoD landscape.

However, as a restricted free agent, there is still a contract and buyout with eUnited that must be negotiated and settled before Simp is able to join a team and be used in the CWL Pro League or any CWL tournament.

Just a reminder to all teams in the pro league. Still a restricted F/A and I turn 18 in 2 weeks. Trying to be a main sub but if you need a Maddox i got you. I know my potential and with a little guidance I’ll truly be one of the best. Let me know :yes::skin-tone-2:

With a number of teams in the Pro League struggling to make their current line-ups work, most notably Luminosity Gaming, Simp could be an immediate solution to a team’s problems – especially when it comes to Search and Destroy.

There is also the option for the 18-year-old to join a current Pro League team as a substitute if they do not already have one listed. Only two teams in the Pro League – eUnited and Luminosity – are currently without a substitute player, meaning there really is only a small gap in the scene for Simp to get onto a roster prior to the transfer window.

The 18+ age restriction was implemented by Activision with the start of the Call of Duty World League, back before the Black Ops 3 season got underway.

Players who aren’t of age to compete in the Professional scene can be found grinding online tournaments until they are eligible – regularly creating reputations for themselves before they have competed at a big event.