OpTic Gaming’s Ian ‘Crimsix’ Porter proved that even the best Call of Duty players can make mistakes, and was hilariously roasted for his carelessness by a random teammate in a Black Ops 4 League Play match.

Deciding to stream some League Play action on April 17, things were going pretty normal from Crimsix until he and his team of randomly matched up players loaded into a Control match on Arsenal.

Although he played relatively well throughout the match, his team was having a hard time keeping up, and things really turned sour in the fourth and final round of the match.

Losing two rounds to one, Crim’s team entered the fourth round with their backs to the wall, but it looked like they would survive the round as they held a strong position with just three players left on either team.

However, that is when the OpTic star accidentally shot at and killed one his teammates before he himself got deleted by an enemy Annihilator, which ultimately led them to lose the round and the match. 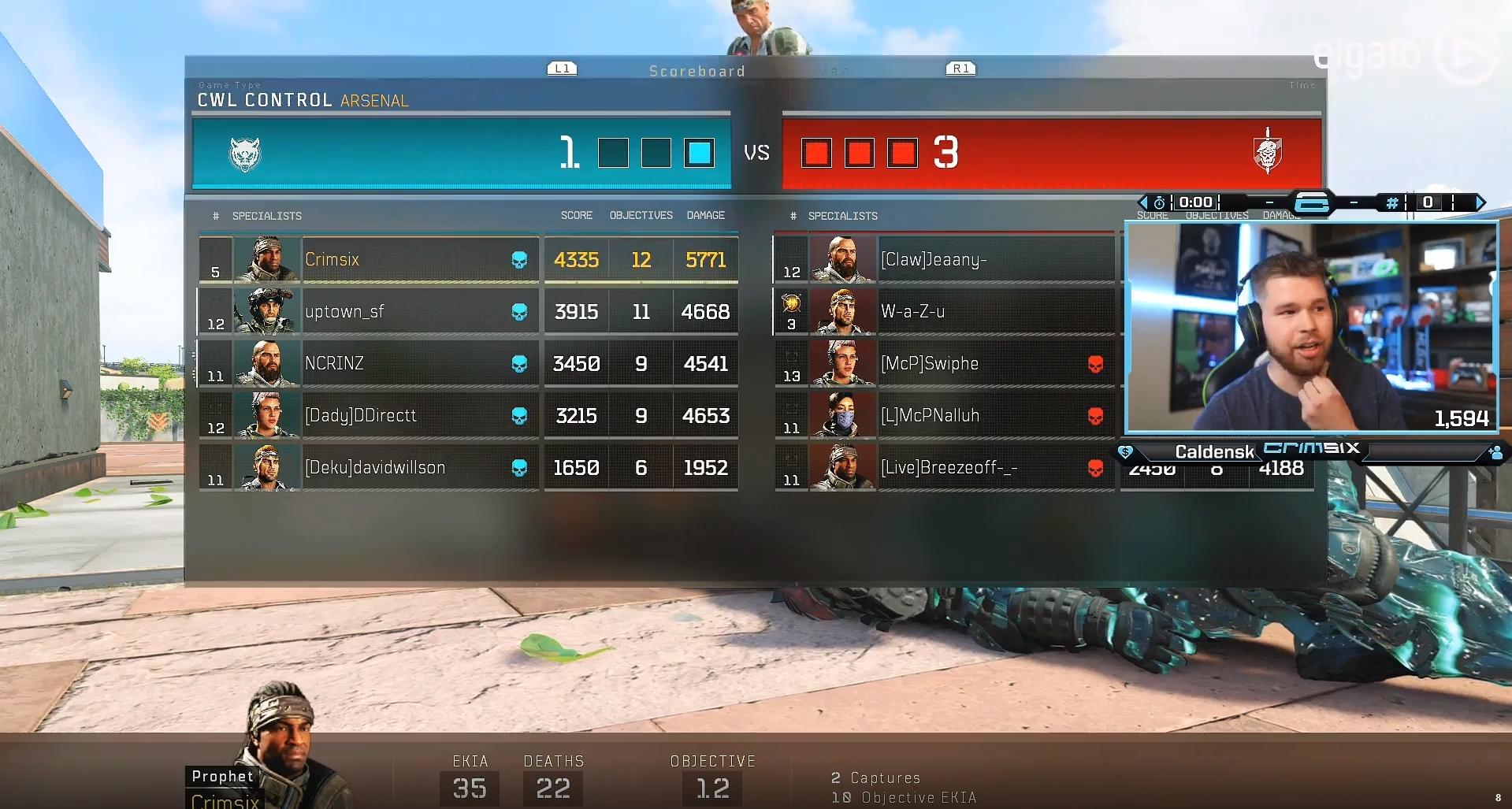 While the final scoreboard shows Crimsix did more than his fair share, his mistake at the end could have costed his team the chance at victory.
[ad name=”article3″]

The final scoreboard showed that Crim had certainly put in more than his fair share of effort, leading the team with 33 EKIA to only 22 deaths, and 4335 score to boot.

However, in the eyes of one of his teammates, that strong performance wasn’t enough to make up for his costly mistake at the end of the fourth round.

“Bro! Crim! Crim! I had Grav! [Grav Slam]” yelled the teammate. “Stop being so trigger happy man! No wonder you can’t win anything! God, I lost full!”

After hearing out his teammate’s frustrations, Crim simply chuckled with a wry smile, perhaps realizing that his mistake could indeed have cost his team the chance at victory.

While costly plays in League Play are usually inconsequential, Crimsix knows that mistakes like that will loom much larger on the grand stage, as OpTic prepare for the CWL London major tournament coming May 3-5.

The Green Wall will have to navigate through a pretty tricky Pool A at the event, having been matched up with 100 Thieves, Enigma6 Group, and Team Reciprocity.

However, the CWL Vegas champs will be favorites to clinch a top-two spot in the Pool, knowing that failure to do so could put them in a similar situation that saw them get eliminated early at CWL Fort Worth.