YouTuber JackFrags has received a new teaser for Call of Duty: Modern Warfare and Warzone Season 5 and it makes reference to an organization seen in 2009’s Modern Warfare 2.

Over the past few days, notable content creators have been receiving cryptic packages in the mail from Activision regarding Modern Warfare Season 5, which is set to bring a slew of new content to both the standard multiplayer and Warzone battle royale mode.

Popular CoD YouTuber JackFrags is the latest to get a teaser, showing what appears to be the aftermath of the explosion at the Verdansk Stadium. While the video doesn’t show much, we can, see what appears to be smoke for a few seconds before hearing and partially seeing a helicopter shine its light at the camera before the video ends.

Included with the package is a letter. While the letter itself is heavily lore-related, giving really no hint at any pieces of content are coming next season, it does mention an organization called Shadow Company multiple times.

While that may just sound like an off-hand organization to some people, fans of Modern Warfare 2 might recognize this as the military unit run by General Shepherd who (spoilers) betrays the main protagonist at the end in one of Call of Duty’s most iconic twists. 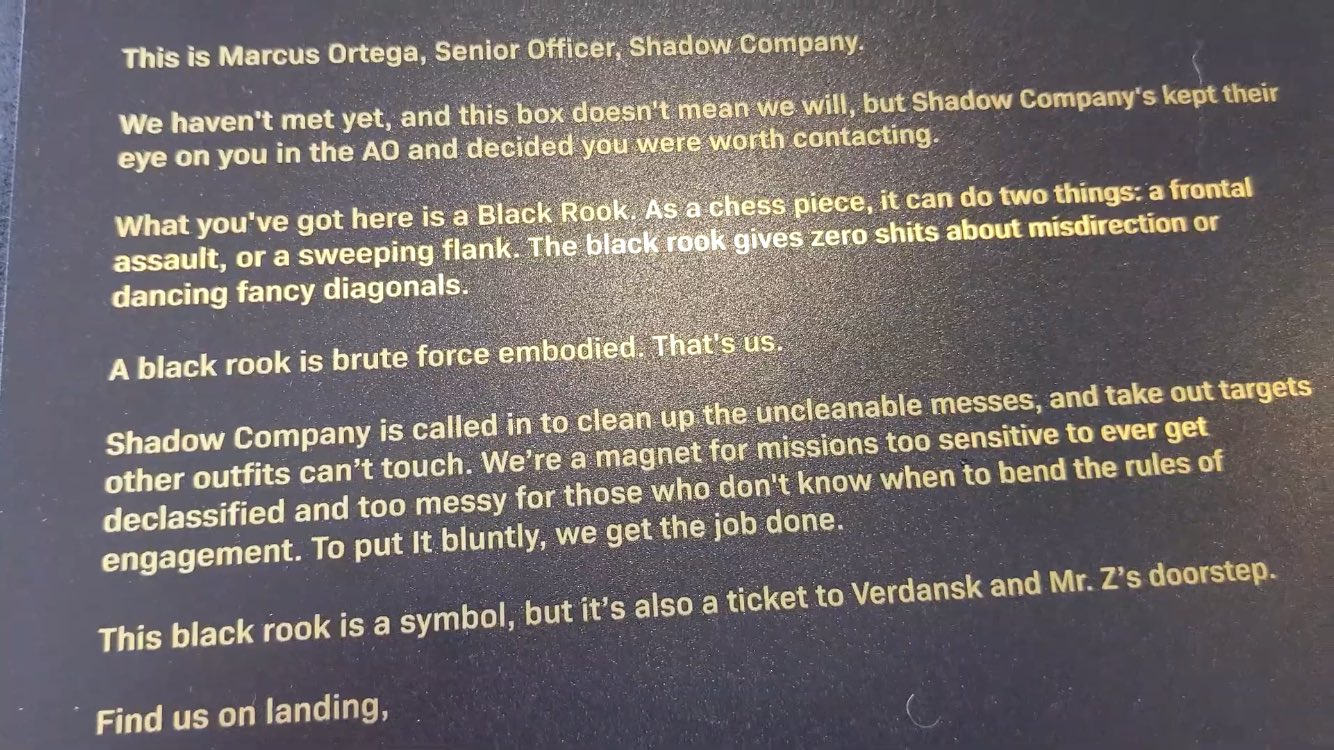 So what does all this mean? Well, at this point we really don’t know. Best case scenario, it could mean that General Shepherd is coming as the next Operator in Season 5. Despite dying at the end of MW2, we already know that he exists in this new MW world thanks to a mention by Kate Laswell in the game’s main campaign.

Even if it’s not Shepherd, we know that there will be a new Operator in Season 5, and they’ll most likely be tied in with these teasers. As far as Warzone lore goes, we see again the mention of the mysterious Mr. Z, who has been built up as some major villain, even though he’s not been spotted yet.

We already know that Mr. Z is planning something major in Verdansk, as revealed by Captain Price ahead of Season 4, so it looks like Shadow Company is being called in to help deal with the mess. 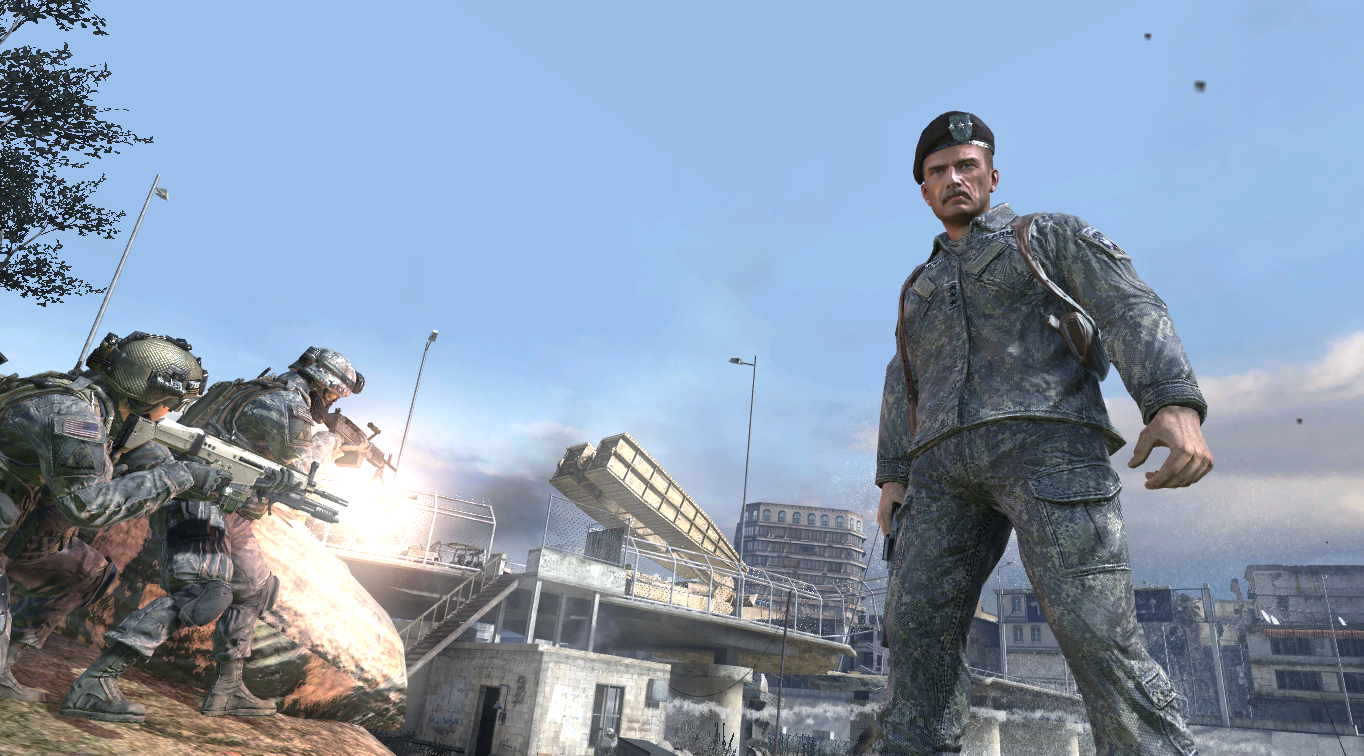 General Shepherd commandeered the Shadow Company in the MW2 campaign.

JackFrag is now the third content creator to have received a Season 5 teaser from Activision. Twitch superstar NICKMERCS started things off with a clip that hinted at a train being added to the map, which was followed by TeePee playing a video showing Stadium seemingly getting destroyed by an explosion.

Things are still murky for now, but it won’t be long, before we know what’s really going on. With Season 5 of Modern Warfare and Warzone releasing on August 5, we are only two weeks away from finding out the truth.