Nadeshot roasts pro players after “smoking” them in Modern Warfare

In one of the his very first matches on the release day of the latest Call of Duty, Matthew ‘Nadeshot’ Haag reminded fans he could still hang with the best of the best when he took down multiple Modern Warfare pros in one disgusting play.

Released on October 24, Modern Warfare is the much-anticipated return to the Call of Duty franchise from renowned developers Infinity Ward. With pro players and content creators all streaming the game at launch, lobbies currently boast some of the best talent in the world.

Having not competed at the elite level since his 2015 departure from OpTic Gaming, the now CEO of 100 Thieves hopped online and absolutely blasted some current players signed to franchise squads, showing he still has what it takes to hang with the best.

Throughout the release day broadcast on Twitch, Nade matched up against fellow veterans of the CoD scene and hilariously took them all down in a ridiculous three-piece.

Sprinting through the map with an SMG in hand, he took down analyst Jeremy ‘StuDyy’ Astacio, before lining up two pro players in his sights in the form of Dillon ‘Attach’ Price and Thomas ‘ZooMaa’ Paparatto.

“Oh StuDyy smoked, Attach smoked, ZooMaa smoked, three-piece!” he yelled at the top of his lungs upon filling the kill-feed with marquee names.

“These guys are f*cking pros? Yeah right,” Nade joked after having displayed that he still has the mechanical prowess to take down some of the best in the scene in hilarious fashion.

One of the most accomplished professionals in Call of Duty history, Nadeshot racked up a multitude of first-place finishes at landmark events throughout his time as an active competitor.

The former OpTic star cemented his place in CoD historyas one of the first X Games gold medalists, securing the win at the MLG X Games Invitational in 2014 alongside James ‘Clayster’ Eubanks, Seth ‘Scump’ Abner, and Jordan ‘ProoFy’ Cannon

Nadeshot recently announced that his organization 100 Thieves would not be purchasing a spot in the upcoming franchise-based league, despite a tremendously successful Black Ops 4 season where the roster claimed back to back championships. 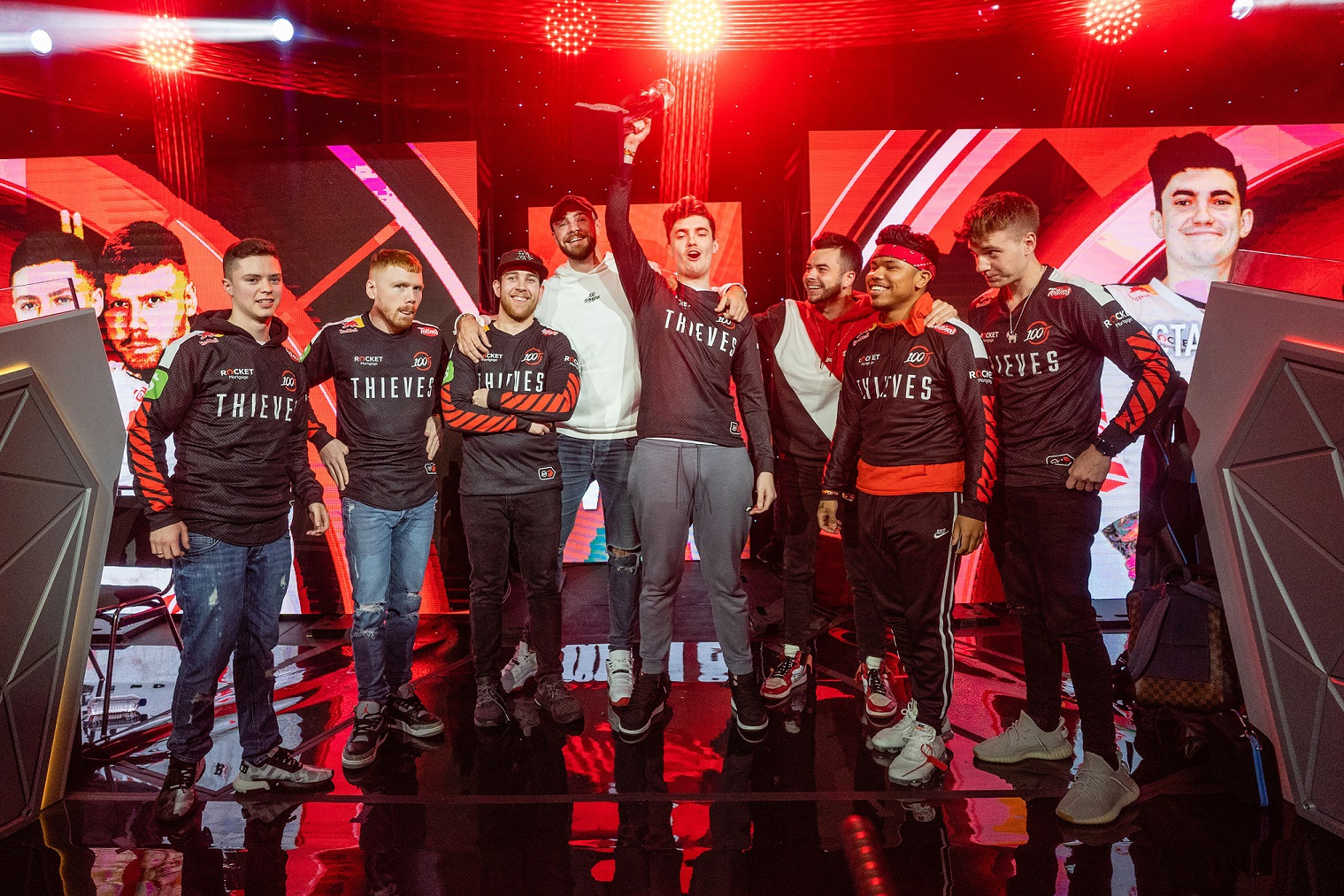 With the release of Modern Warfare, pro players around the world are getting stuck into the grind ahead of the very first slate of home and away games in 2020.

While New York Subliners players just got schooled by a retired player, rest assured there will be plenty more absurd clips coming down the line as the latest CoD season has only just begun.