With the competitive season of Modern Warfare fast approaching, there’s a lot to still figure out, from maps, to game modes and weapons, but one aspect that appears to be finalized is the CoD caster spectator mode.

Crucial to the spectator experience for Call of Duty esports, the CoD Caster is how viewers will see the matches as they are broadcasted on livestream.

Numerous iterations have been implemented throughout the various titles, with some better than others. Their basic function is to show the scoreboard for players (with kills, deaths, assists, objectives etc.), a minimap of the entire map layout, and of course the POV of players in the match. 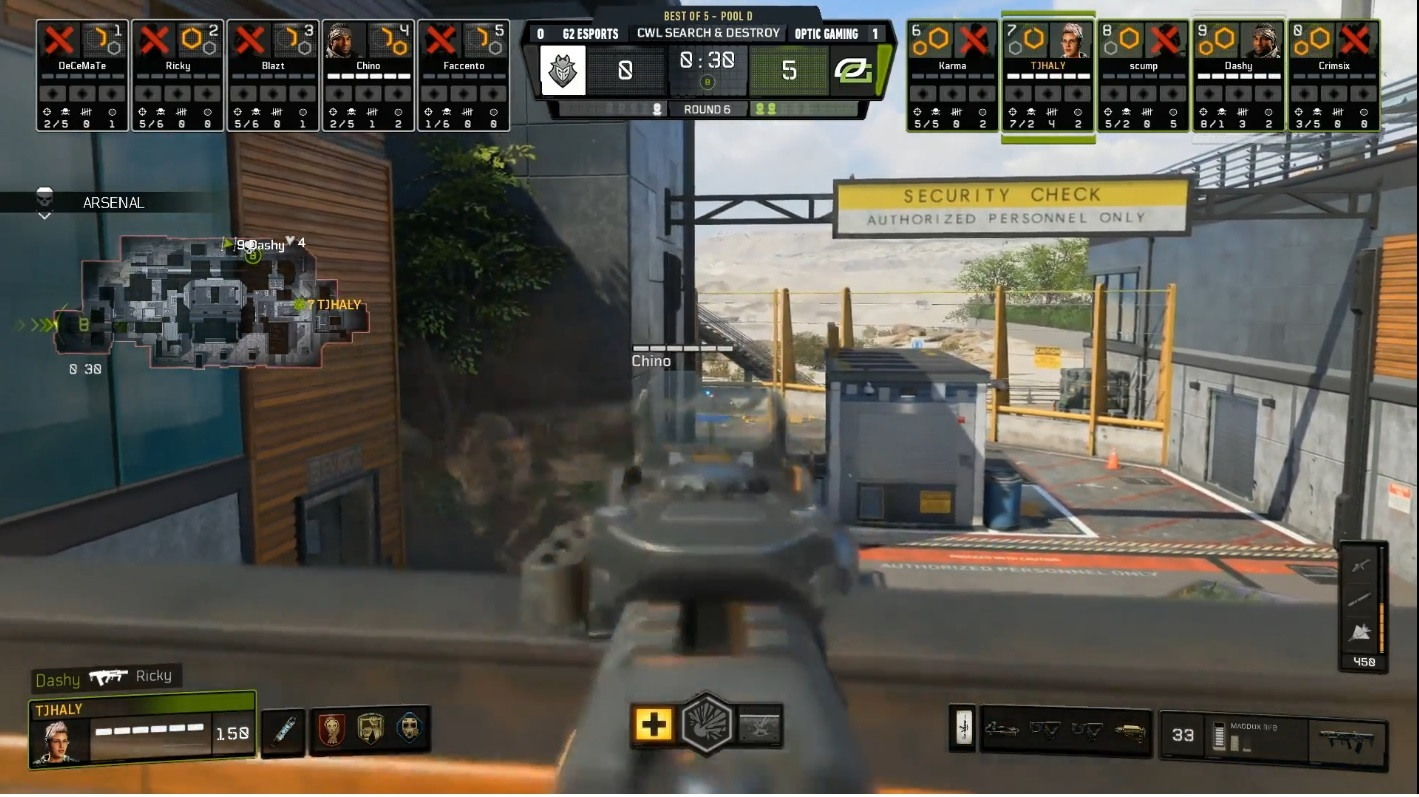 The CoD Caster in Black Ops 4 did receive some criticism for the difficulty viewers had determining the numbers.
[ad name=”article2″]

For Modern Warfare, things are slightly different to last year, because there are no specialists this time around.

However, it looks like Infinity Ward have taken some inspiration from Treyarch’s layout, with a preview of each ‘operator’ along the top row.

In the bottom right, a more focused box for the player whose POV you are seeing appears, showing their weapon, equipment and streaks. However, it doesn’t appear that their attachments or perks are displayed, which could be a complaint from some.

Check out all four images in the gallery:

The use of operator’s faces may also seem like an odd choice, given that the selection of operator has no impact on gameplay at all.

Some fans have suggested that this could be a placeholder used for images of the pro players themselves when watching professional-level matches in the Call of Duty League.

Although this may seem like a long wait, it has its benefits. Pro players and the competitive community should have plenty of time to give feedback on both gameplay issues, as well as issues with the CoD caster, to ensure everything is fine-tuned for when the matches start.

Of course, this relies on Infinity Ward’s willingness to listen and implement suggestions from the competitive community, which should be more pressing than ever given the increased scrutiny on CoD esports in 2020.