In the midst of the latest online Modern Warfare tournament, Call of Duty veteran Tyler ‘FeLo’ Johnson was quite literally blown away by one of the most ridiculous grenades you’ll ever see.

Ahead of the inaugural Call of Duty League event in Minnesota, amateur players around the world are competing in a series of heated online tournaments and making themselves known prior to the first LAN event. With over a million dollars in total prizing up for grabs throughout the year, teams are desperately vying to win each and every map.

Throughout the most recent North American bracket, the stakes could not have been higher as FeLo and his squad made it into the final eight teams. Disaster struck at the most inopportune moment however, as their opponents threw a grenade that would alter the course of the series. 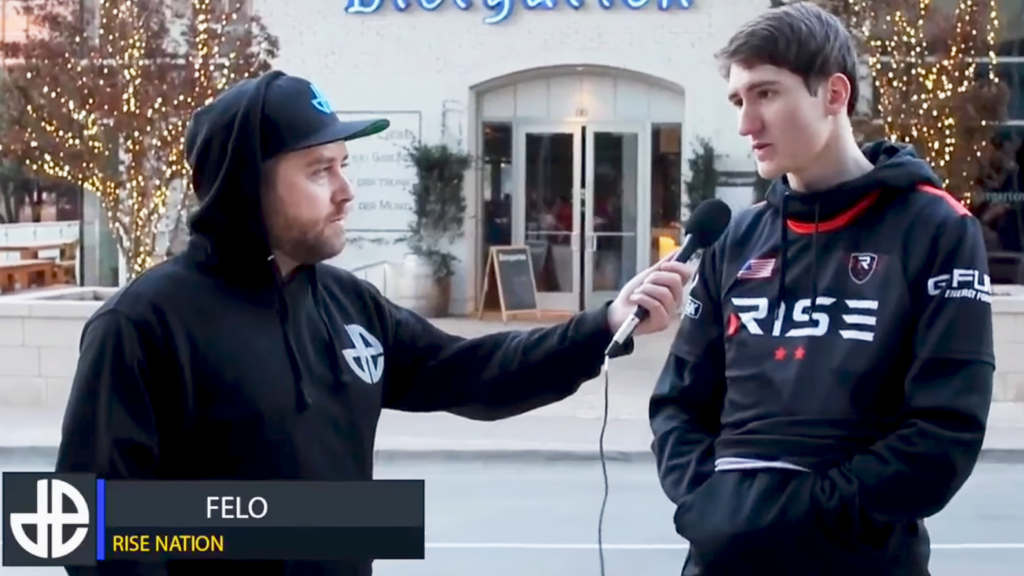 FeLo has been an active competitor in the Call of Duty scene since 2014.

Competition kicked off on January 5 and hundreds of unique lineups eventually boiled down into the final eight where the challenge truly ramped up.

In the midst of a heated series, FeLo’s team was taken to a game of Search and Destroy on St. Petrograd. Just two rounds in, it was their turn to defend so the veteran player decided to take control of the high-ground overlooking A-Bomb.

Sending out a grenade of his own to catch any foes waiting at the nearby choke-point, he hopped out onto the windowsill nearby and kept his aim glued to the popular entry for attacking teams. Before FeLo even had the chance to react however, a well-cooked frag found its way to his feet and shockingly cost him his life.

In a state of complete shock after the explosion knocked his character from the vantage point, the experienced player was questioning how a nade could have possibly reached him from such an angle.

Sticking to the left-hand side of the bomb, opposing players would have needed to cross over in order to throw an explosive in that particular section of the high-ground. At least, that’s what conventional strategy would have you thinking.

Defying all odds and accidentally breaking all forms of strategy in the process, the killcam revealed how a grenade flew into a windshield of a nearby van and perfectly bounced upwards towards FeLo in the window.

A ridiculous series of events, he threw his hands up in frustration for the world to see during his Twitch stream of the online tournament. It’s not every day that such an absurdly lucky grenade costs you a round in Search and Destroy, let alone in the midst of a vital amateur series.

St. Petrograd is one of the more popular Search and Destroy maps in all of Modern Warfare.

Ultimately, FeLo’s squad couldn’t make it to the end of the Series Six bracket but the team walked away with 600 Challengers Pointers per player.

Knocked out in the sixth round of competition, the team was bested by overall winners ‘wedoit4arii’ which features the likes of former 100 Thieves player Maurice ‘Fero’ Henriquez and the man who landed this ridiculous grenade, Prolute.