Infinity Ward are continuing to push out new content, despite being inundated with feedback on the plethora of issues rooted into Modern Warfare’s multiplayer experience.

Since launch, the developers have released a new map, a dedicated time-trial mode and sprinkled in a brand new game mode called Gunfight. Indeed, it is the latter which has been lapped up by the community far and wide. 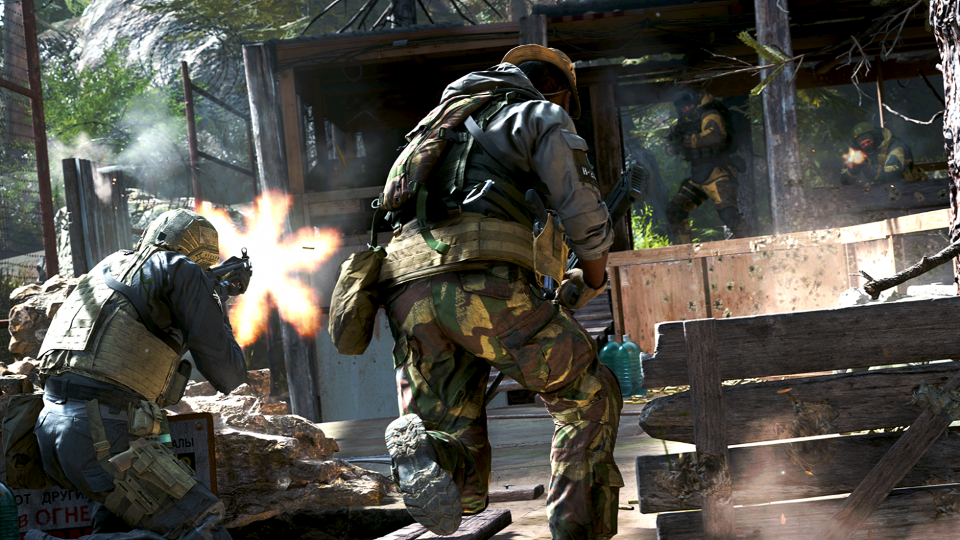 Gunfight provides an experience akin to Cage Match from the original Call of Duty 4: Modern Warfare.

Given the game mode’s popularity within the community, Infinity Ward recently launched the Gunfight tournament beta — a single elimination bracket, which offers buckets of XP and cosmetic rewards for taking top honors.

Infinity Ward plan to release a brand new Ground War map, two new weapons and some throwback maps as part of Season 1 — alongside which, two new Gunfight maps are set to make their debut.

Here’s a first look at Cargo and Atrium, thanks to YouTubers, Espresso and ‘TheKoreanSavage.

Cargo will give plenty of long-time fans some feelings of nostalgia, since it’s based under the popular multiplayer map ‘Wet Work’ from CoD 4.

Based at night, the map makes use of low-light conditions. Players will also have an element of verticality to tackle, since the arena is spread across two levels.

Atrium resembles ‘Showdown’ from CoD4, but is not based around the map’s framework  (i.e., in the same vein as Cargo and Wet Work).

While Cargo has a ruck of shipping containers to duck and weave your way around, Atrium provides an outer corridor and pillars to play hide-and-seek around.

Some fan-favorite maps are making a return to the core multiplayer experience as part of Season 1. Yet it appears Infinity Ward’s endeavours have been equally implored into Gunfight, with these new additions.

Alongside the two new maps that are confirmed to arrive on December 3, Activision teased ‘and more’ in their official announcement poster Tweeted from the Call of Duty account on November 26.