Rostermania in Call of Duty is a busy an anxious time for many competitive players, but for FaZe Clan, it’s the perfect time to troll the community.

On October 5, FaZe posted an announcement on their Twitter page announcing who the new fifth member of their CoD team was going to be, knowing that their fans were desperate for intel.

However, the announcement turned out to reveal OpTic Gaming content creator and formal CWL caster Jack ‘CouRage’ Dunlop as their newest player.

The “wish granted” part was in reference to a tweet that CouRage had put out the day before, jokingly asking to be signed to the roster. 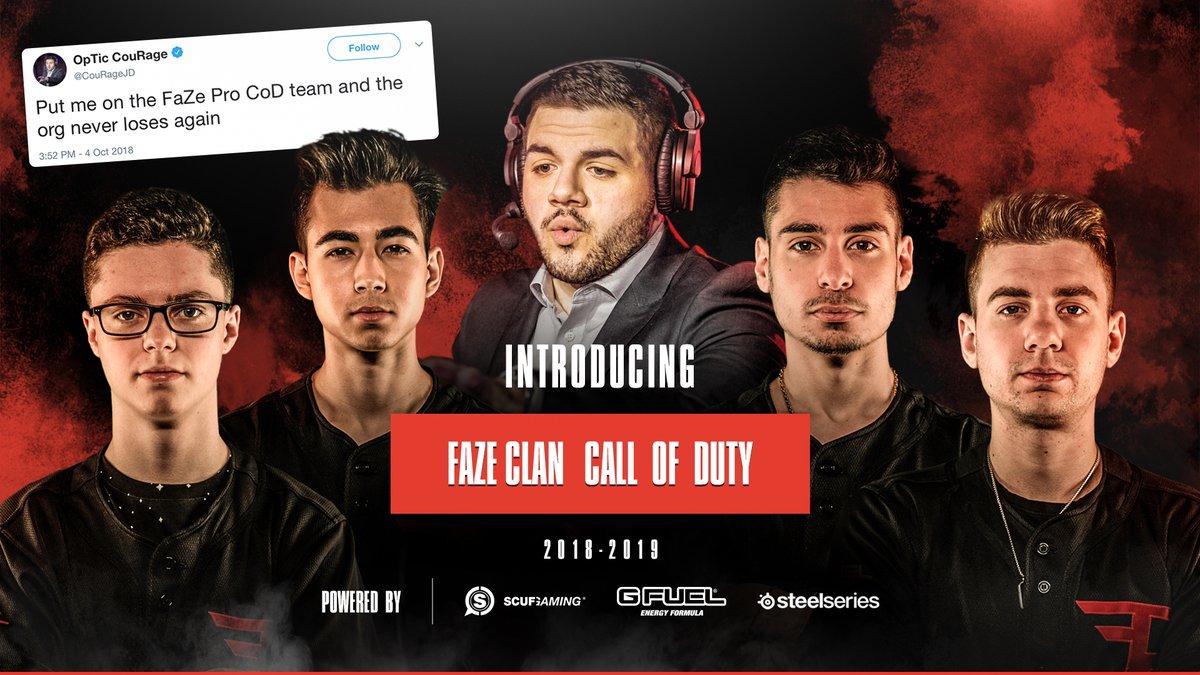 The troll was rather elaborate and well thought out; fans had been told to an expect an announcement from FaZe regarding their new roster signing.

Even FaZe Update, the org’s official update page on Twitter, tweeted out that the fifth player would be revealed at 12:05 PM PT / 3:05 PM ET.

Not to miss out on the fun, OpTic’s official Twitter page conveniently reminded FaZe that picking up CouRage may not have been the best move, considering he infamously went 0-15 in a wager match in Black Ops 3. 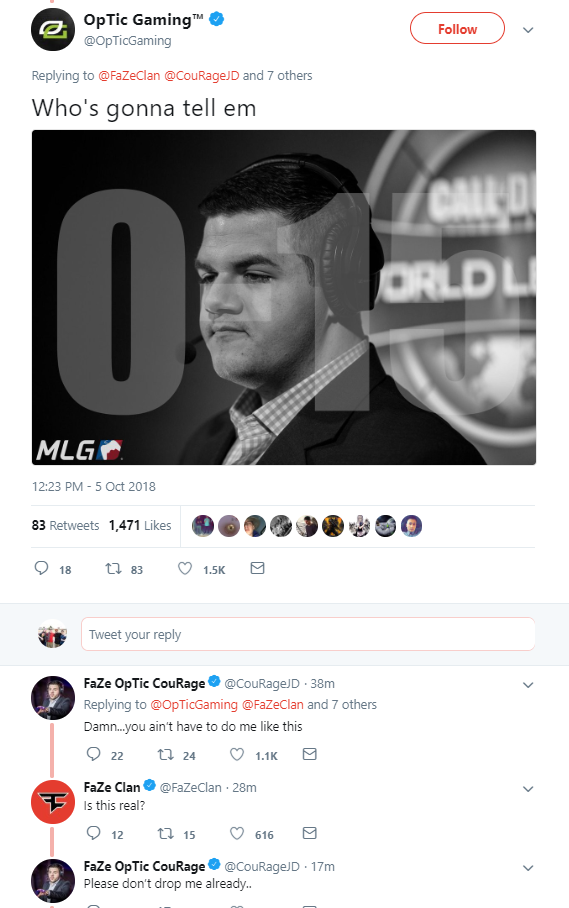 While FaZe’s sense of humor remains strong, the troll announcement does mean that their fifth player for the Black Ops 4 season still remains unconfirmed.

However, sources close to Dexerto have reported that all signs post to a former FaZe and OpTic player being added to the roster for the upcoming season.