Team Envy’s Bryan ‘Apathy’ Zhelyazkov has revealed his intention to produce a consistent stream of content during the Black Ops 4 season.

The two-time CWL champion posted a video to his YouTube channel talking about Team Envy’s roster and expressing his immense excitement for the upcoming season.

“Listen, guys, we can’t get complacent, man,” Apathy recalled telling his teammates. “I want to go into Black Ops 4 just having the fire, having the drive just like how we had it going into Champs for World War II.”

Along with Apathy’s fire for competition going into the season, he’s also hyped for the game itself and has outlined his hefty plans for a steady content stream once the game launches.

“Especially with such a great game, I wanna be putting out so much content, man. I wanna be posting YouTube videos every day. If not every day, at least every other day,” Apathy affirmed in the video. 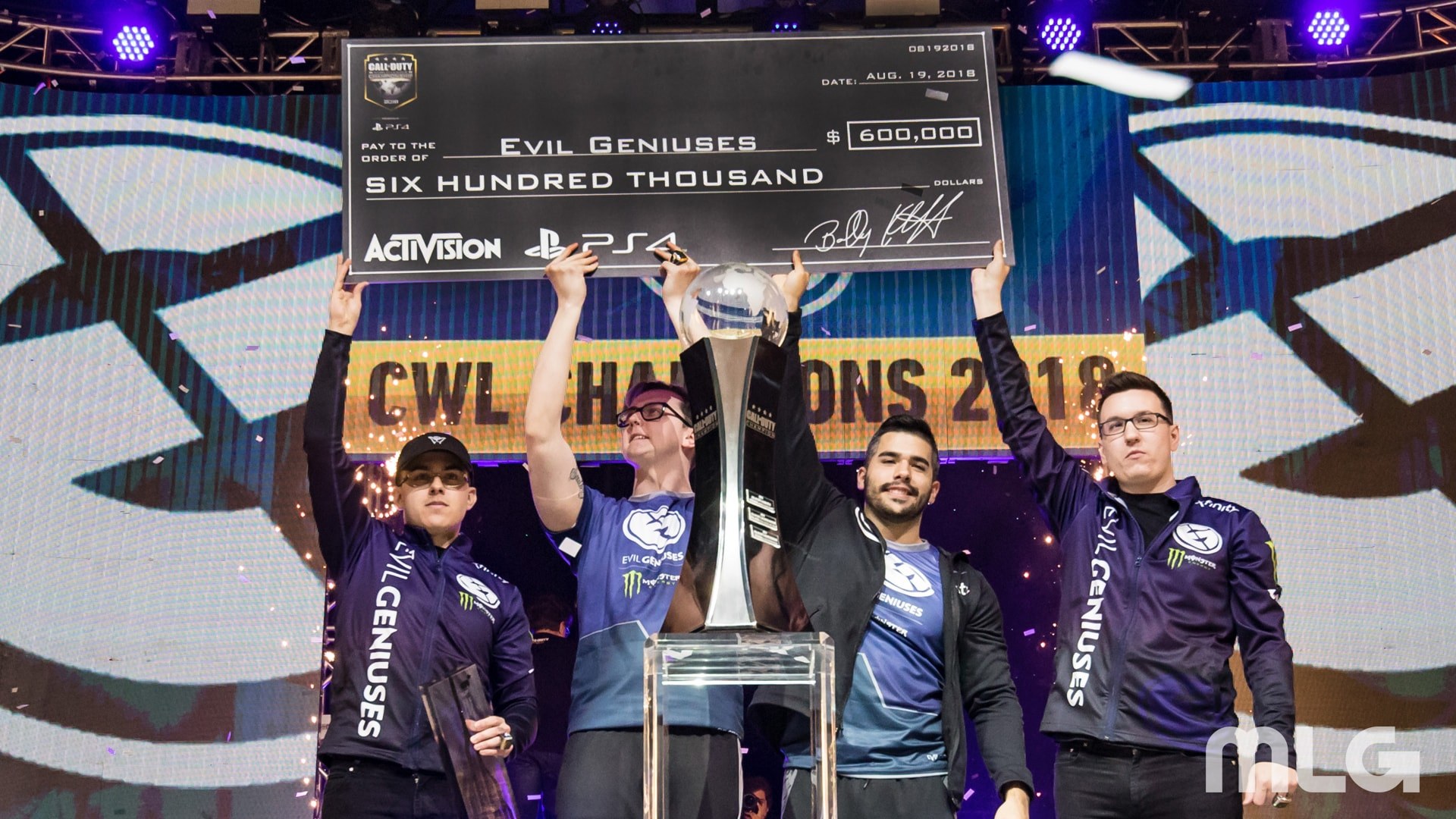 Apathy with his Evil Geniuses teammates after winning the 2018 CWL Championship. (Courtesy of MLG)

Apathy’s commitment to putting out content isn’t limited to just YouTube, though, as Apathy said he intends to stream as much as he can along with posting clips and other videos on Twitter, as well.

Apathy is joining a long list of pros who are excited for the release of Black Ops 4 and intending to pump out a ton of content during the upcoming season.

With many players expressing their discontent with the previous title, World War II, the rejuvenated focus from many of the scene’s most prominent members is an early sign that the Black Ops 4 season could be the best one yet.