Dr DisRespect and BoomTV return on December 14 with another installment of the incredibly popular Code Red tournaments. This time, the game of choice will be Call of Duty: Blackout duos on PlayStation 4.

Black Ops 4’s ‘Blackout’ mode has been a huge hit with CoD fans across all platforms, but this will be the first time that a Code Red competition has been held specifically for console players.

Fans of competitive Call of Duty will be excited to watch the $10,000 online competition as some of the game’s biggest esports stars pair up to take on the battle royale mode.

OpTic Gaming’s Brandon ‘Dashy’ Otell and Seth ‘Scump’ Abner, Team Envy’s Patrick ‘ACHES’ Price, eUnited’s James ‘Clayster’ Eubanks and FaZe Clan’s Thomas ‘ZooMaa’ Paparatto are just a few of the pro players that will be stepping away from Hardpoint, Search and Destroy and Control for the night.

The official tournament ‘hub’ stream can be found on the EsportsArena Twitch channel. Alternatively, you can keep up-to-date with everything via the tournament host, Dr DisRespect’s, channel. Additional streams from competitors will be added to the bottom of this article.

The Code Red console duos tournament for Blackout will feature 16 teams playing in a double elimination bracket. Each match will see two duos facing off over the course of two Blackout games. The duo wit the most combined kills at the end of the second game will win.

If the kill count is tied after the two games, a third will be played where the first duo to reach a total of five kills will advance. If neither team gets five kills, the team with the most kills advances. If there’s another tie, the process will be repeated until a winner is decided.

In the Grand Final, the team that comes out of the lower bracket will have to win two matches, while the upper bracket team has to win just one. 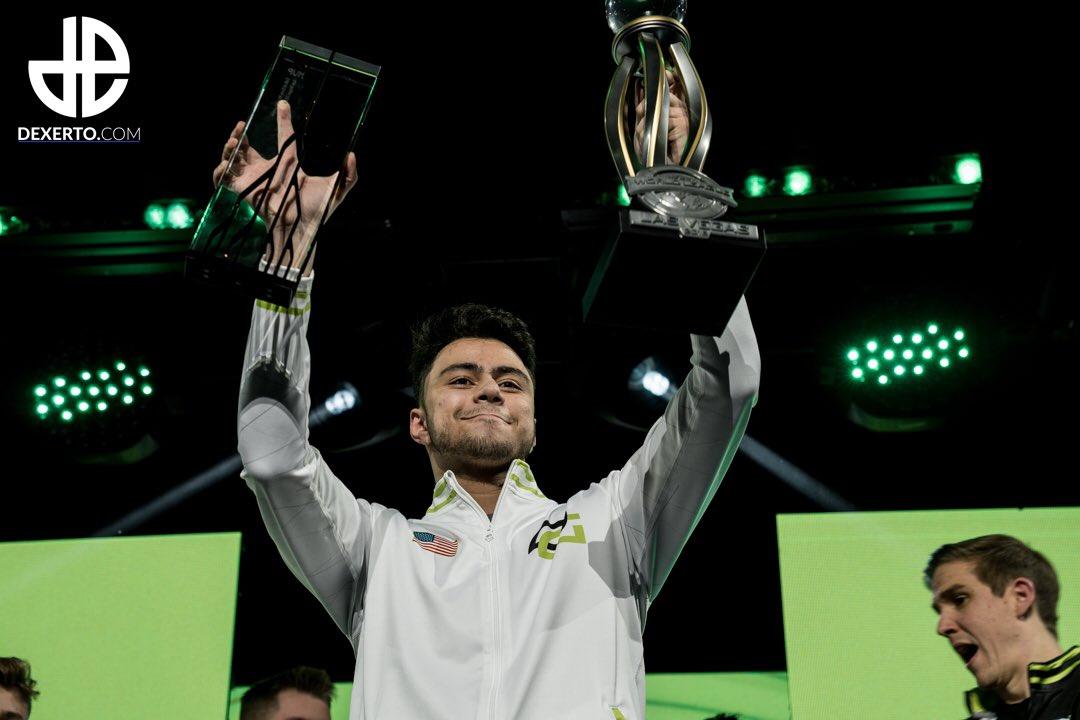 OpTic Gaming’s Dashy will be one to watch.

As we mentioned above, the December 14 Code Red tournament will feature some of the biggest names in Call of Duty. The teams are as follows:

To keep up with all of the results, you can visit the live tournament bracket here. The bracket will be updated after each round.

The total prize pool for the competition is $10,000. The top three duos will all take home some cash, but first place will get the lion’s share.

The full prize breakdown is as follows:

Any players that are streaming will have a 120-second delay in accordance with the rules of the event.