Treyarch Studio Design Director David Vonderhaar has dropped a sneaky hint on Twitter that may tie-in to some major changes to  Concussion Grenades in Call of Duty: Black Ops 4’s Blackout mode.

Blackout is Call of Duty’s first foray into the battle royale genre that has dominated gaming for a number of years, and has quickly become a fan-favorite mode amongst fans of the legendary first-person-shooter.

However, one item that has infuriated fans since Blackout’s launch is the Concussion Grenade, which some players claim is extremely overpowered and needs to be removed from the game.

This is because Concussion Grenades are stronger in Black Ops 4 than in any other Call of Duty title, as players who get hit by one are unable to see where they’re going, heal themselves or even through equipment of their own as a way to counter the item. 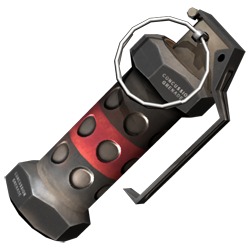 The Concussion Grenades have been unpopular amongst Fortnite fans for some time.

There may be hope for frustrated Blackout fans, as a recent tweet from Vonderhaar appeared to hint at the possible removal of the item entirely.

On Monday, January 21, YouTuber PrestigeIsKey tweeted out that he believed Blackout would be a much better mode without Concussions, an opinion shared by OpTic Gaming member Ashley ‘MiDNiTE’ Glassel who replied to the tweet saying: “100%.”

It response to MiDNiTE’s tweet, Vonderhaar tweeted: “I agree with MiDNiTE but not with Prestige,” an interesting statement since both tweeted echoed the same sentiments.

I agree with MiDNiTE but not with Prestige. Don’t @ me.

Following up his Tweets on the matter, Vonderhaar went in depth in a discussion on Reddit to give a bit more information on upcoming changes to Concussion Grenades.

While he did confirm that the team at Treyarch is evaluating the item, Vonderhaar nonetheless said “We have no plans to remove them from the game.” 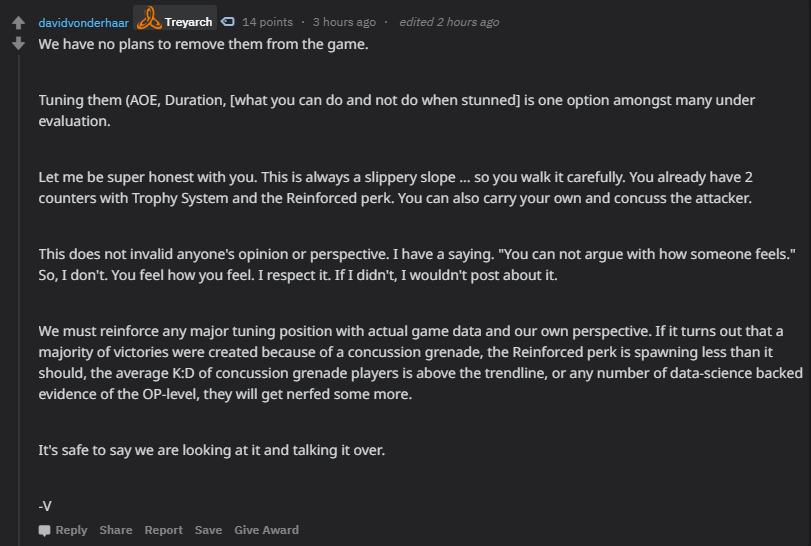 In addition to this confirmation, Vonderhaar also gave some further clarification on the so-called “all or nothing” approach to the grenades in response to a Reddit user wondering why the stun isn’t affected by distance.

There’s no official word on when the next Blackout update will release, but Call of Duty fans will be hopeful that some changes to the Concussion Grenade are included when it finally drops.