Activision Blizzard unveiled plans to bring Call of Duty League skins into Modern Warfare based on the brands and orgs participating in the inaugural campaign.

Giving their community the greenlight to “battle like the pros in the Call of Duty League,” fans will be able to pick up in-game gear celebrating the Launch Weekend for the new franchised league.

In the January 20 Call of Duty Briefings, the company announced that all 12 teams in the CDL will be getting everything from “home and away skins for Operators, weapon camos that can be equipped to any weapon, calling cards, and more.”

The CDL team bundles will include two skins, a watch, camo, charm and more for every one of the 12 teams.

There’s a ton of hype revolving around the upcoming league, and players will be able to rep their favorite team’s logos and colors throughout their matchmaking games

The Minnesota RØKKR’s bundle was previewed with a peek into the black and purple colorway dominating their bundle.

The bundle for the RØKKR includes two Operator skins, a watch with the logo on the screen, a Camo based off the primary colors, and logos emblazoned on a charm, sticker, calling card, emblem as well as spray.

Meanwhile, fans of the Chicago Huntsmen, Dallas Empire, and Atlanta FaZe also got a first look at the items coming into the game. 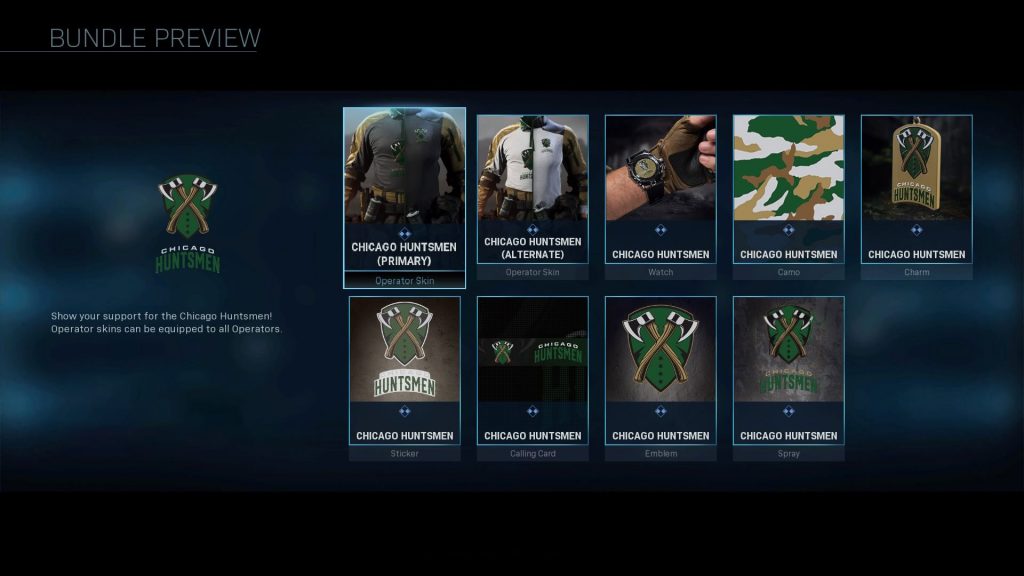 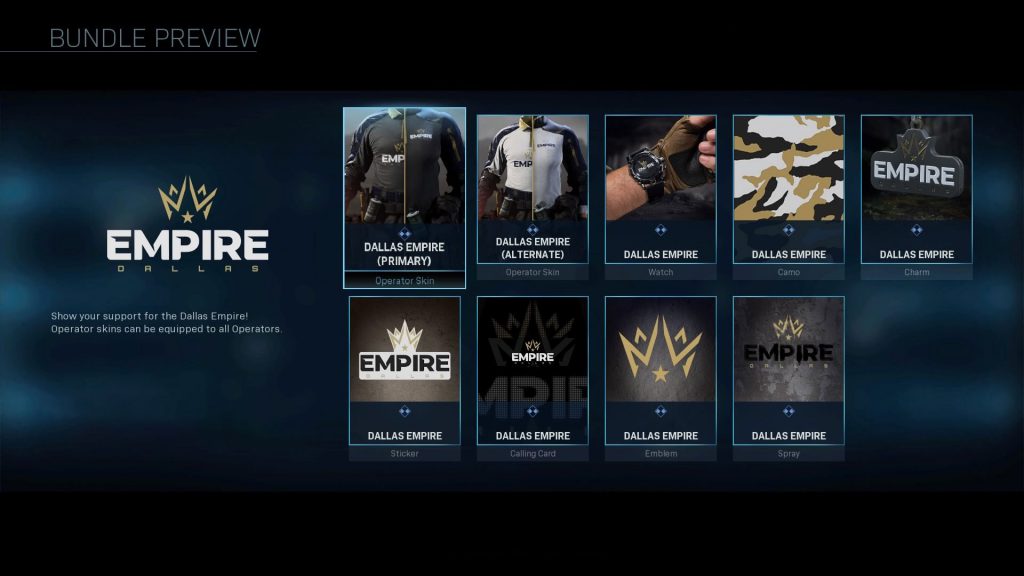 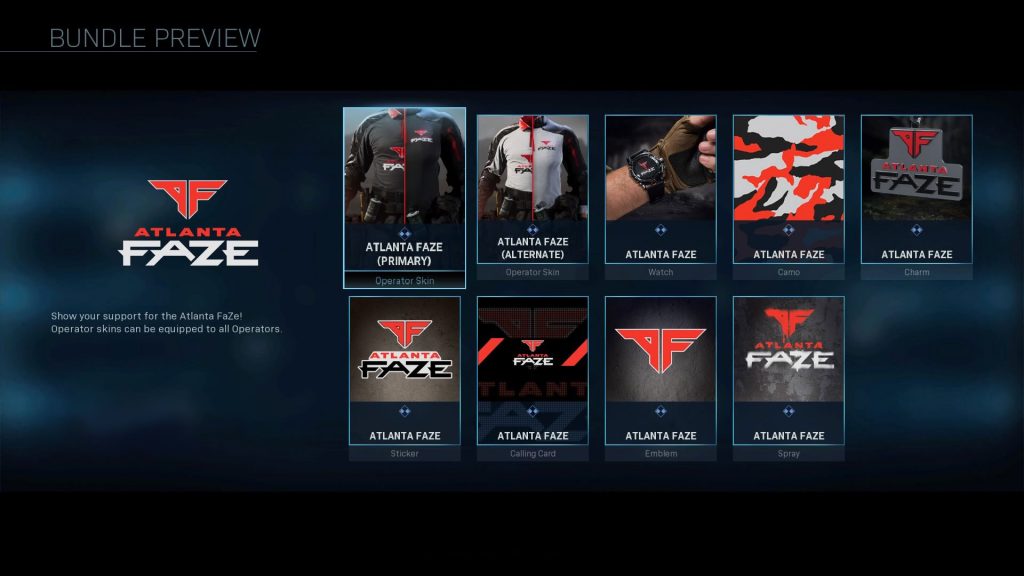 Similar to the Overwatch League, Activision Blizzard will supply every form of customizable gear in Modern Warfare with the sights and colorways that the teams on stage wear.

There’s a ton of potential with these skins, which the tournament organizers are sure to explore as the league develops. Fans like Twitter user ‘vLionMan’ have already been making their own ideas for possible skins come to life.

Fans are already looking forward to downloading the bundles to rep in their Modern Warfare games.

The bundles will be available on January 24 under the Franchise Store tab in the Modern Warfare Store, where players can choose any one of the 12 inaugural teams of the CDL.

Activision deleted every reference to CDL team camos from their earlier briefing announcing the new bundles.

Updated: Activision has removed all references to CDL team camos from one of their posts (where some images where shown) and have completely deleted the “This week in Call of Duty” blog post.

We’ve reached out to Activision Blizzard for a comment on what’s happening.

The previous links to the Call of Duty Briefings for January 20 have been removed, with links to the announcement rendering Unexpected Error screens.

The CDL team bundles have reappeared in the in-game shop, on the date that the previously deleted blog post said they would. Each in-game bundle is $10, and features a primary and alternate operator skin, a watch, a weapon camo, a charm, a sticker, a calling card, an emblem, and a spray.

LET'S GET IT?? #NYSL pic.twitter.com/YfpzLDvH0O

All 12 bundles are available on PC, PS4, and Xbox One.