With the inaugural 2020 season fast approaching, the Call of Duty League has commissioned the production of custom CDL-themed Nike Air Force 1 sneakers, which are now available for fans to enter to win.

The launch of the 2020 regular season of the newly-formed Call of Duty League is less than two weeks away, and it looks like the CDL has pulled all the stops to make sure its inaugural campaign is a memorable one.

On January 17, they revealed a collaboration with “Kickstradomis,” a popular artist and shoe designer, who created exclusive Nike shoes themed with the league’s branding.

The CDL revealed the sneakers on January 17 with a video featuring Kickstradomis. The designer used both white and black Air Force 1’s for this project.

Each pair features a bunch of miniaturized versions of the CDL logo on the front and sides, one giant logo on the outside of each sneaker, and ‘EST. 2020’ on the inside of the sole, representing the league’s founding year of 2020. 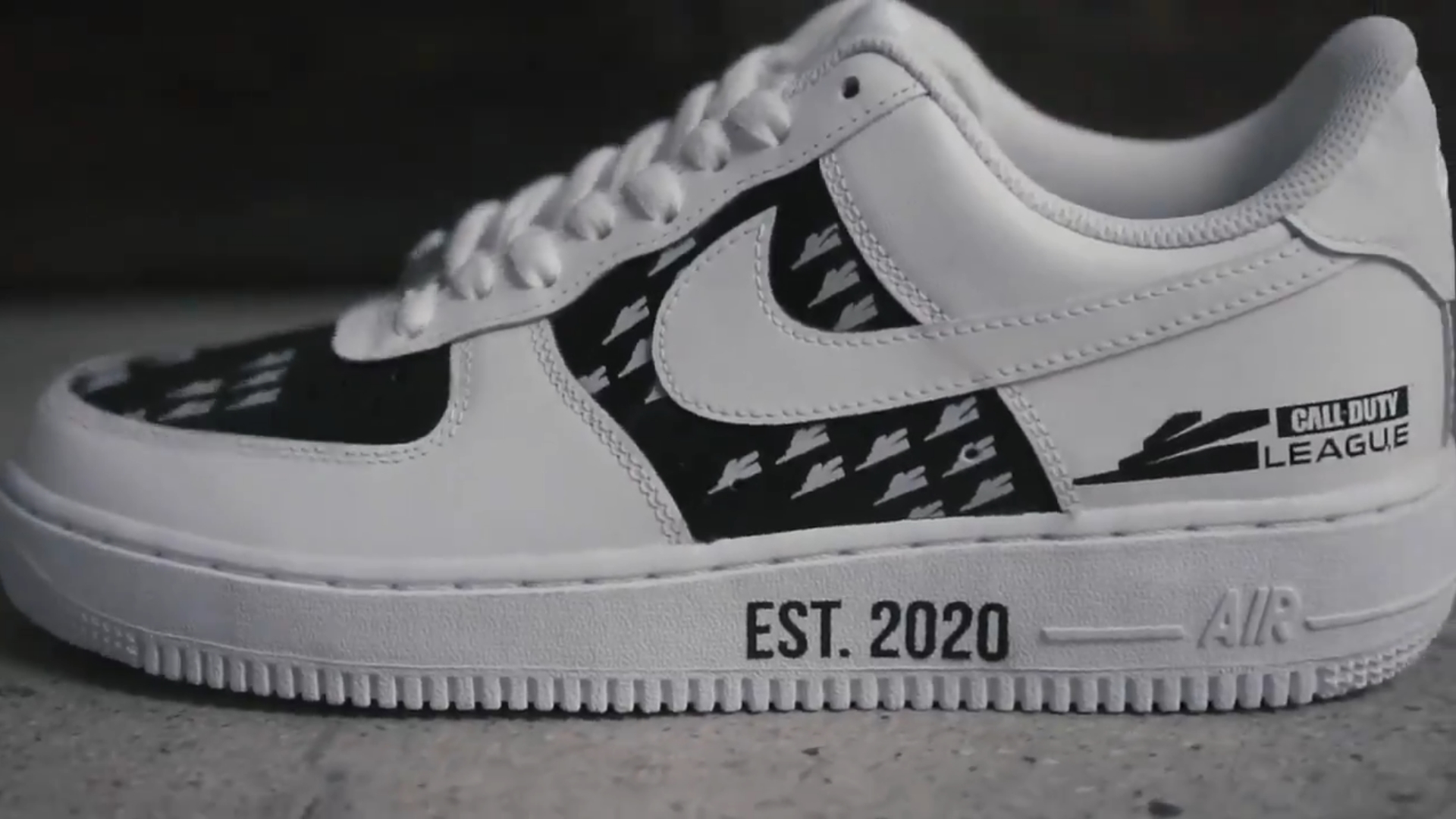 In the video, Kickstradomis talked about the project and gave some insight as to what inspired him to choose the design that he ended up using.

“The colors of the League are white, black, and gray, keeping it monochromatic,” he explained. “So it’s really cool to be able to use these colors and still make something pop. The Call of Duty League logo has three pillars, and they all represent something different. So, in this custom that I’m doing, I’m going to try to do justice to those three pillars.”

He even designed a special pair for CDL commissioner Johanna Faries, whose sneakers now say the word “COMMISSIONER” in large letters on the outer sole.

How to win a pair of these custom CDL Nike sneakers

As part of this collaboration, Kickstradomis created a single pair of size 10 sneakers for the CDL to give away.

In order to enter for a chance to win this one-of-a-kind pair of shoes, you must visit the contest’s official webpage, enter the required information, agree to the terms and conditions and click submit.

The contest is open to all legal residents of 50 states and DC who are 18 years of age or older – but not too much time is left to enter, as it will be wrapping up on January 23.