Black Ops 4 is got a new update January 16 that added a new mode to the game’s Playstation 4 selection and provided a hotfix for issues that many players have been experiencing.

Treyarch is always keen on providing its players a healthy load of continuous content to keep their shooter fresh and entertaining, and quick updates like these give players new ways to compete on the fly.

Following the massive v1.11 update released on January 15, the latest Game Settings Update gave PS4 players the Down But Not Out limited timed mode (LTM) for Blackout, while patching up a MP bug with the game’s Gunship on all systems. 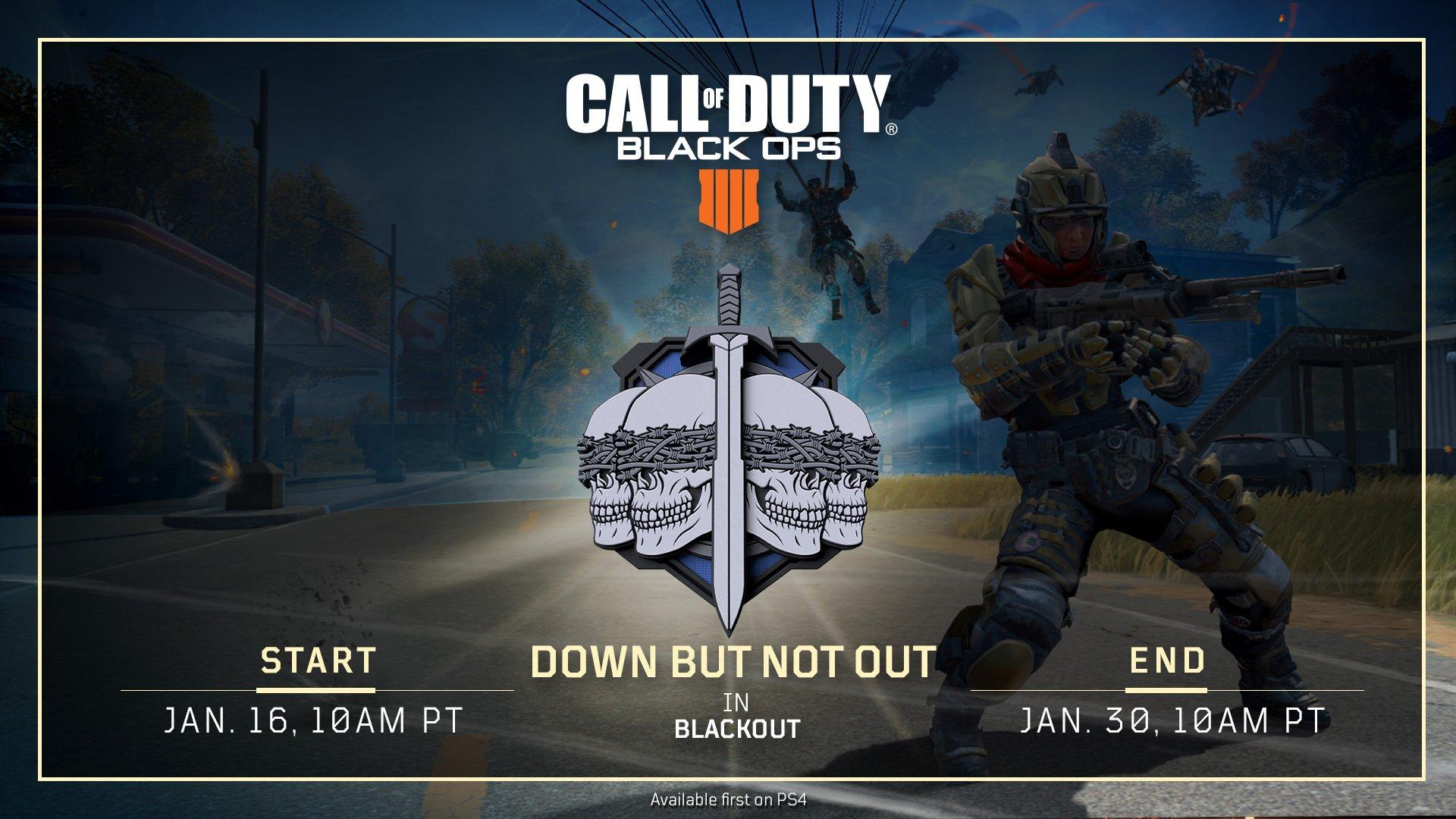 New LTM will give let players get on with the action knowing their teammates will eventually be taken care of.

The new LTM is introducing a more fluid pace to Blackout by eliminating the need to revive teammates who fall in battle. Full details about this new mode, including a demonstration of how it works, can be seen in our Down But Not Out info article.

Further, a strange bug that’s been preventing players from properly using the Gunship Scorestreak has seemingly been addressed.

The bug was forcing players who earned it to fully rotate the view 270 degrees before being able to lineup a shot. The glitch was a thorn in many players side by wasting precious time with realigning the sights after switching across guns on the aircraft.

Treyarch will look to put out more fires in their popular game in the near future as many players have noticed the yellow indicator that denotes players who have yet to purchase the Black Ops Pass appearing in Public Lobbies.

This update broke the gunship, have to turn 270 degrees each time you switch the gun @davidvonderhaar #PS4share pic.twitter.com/qQqFk7tv6u

The indicator was meant to be in premade Parties in order to show why some maps weren’t available to play, but it’s now spreading to other parts of the game.

Although no patch notes were given, the developer will look to fix all burgeoning problems as the game’s competitive scene has taken off and numerous players looking to get some games in following the holiday season.