A brand new limited time mode has gone live in Call of Duty: Black Ops 4‘s Blackout battle royale called ‘Down But Not Out.’

The mode, which went live on January 16, adds the element of respawn to Blackout and is the first mode to do so since the game’s release in mid-October.

Down But Not Out is a Squads-based LTM, which means teams can feature up to four players, and the way it works is if at least one member of the team is alive when the Collapse safety circle resets to the next one, then all of the team’s players can respawn on the map, even if they had been previously eliminated.

Thus, the only way for teams to lose in this mode is to have all of the players eliminated prior to the next Collapse reset, otherwise players will be able to load back into the match thanks to even just one surviving teammate. 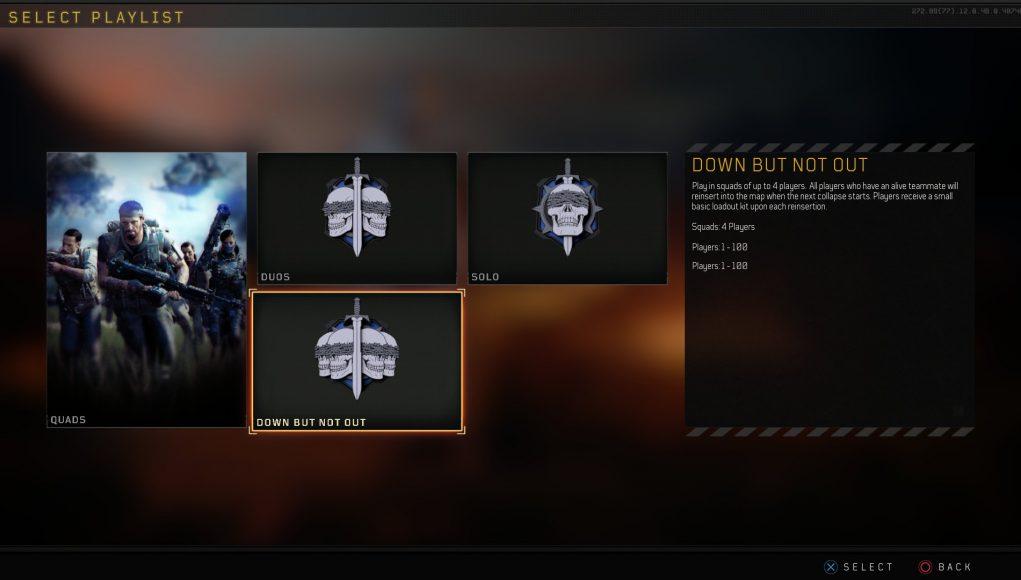 As for how the respawning works, players who can spawn back in are dropped into the map via the same helicopters that fly over at the beginning of every match.

Each player who spawn back into the game is given a small basic loadout kit that includes a pistol, some bandages, and a single perk. This allows players to have some ability to survive once they land again, especially if they choose to land somewhere other than near their teammate(s).

A good demonstration for how this game works can be seen in the video below, courtesy of YouTuber ‘thewalkthroughking.’

This respawn element potentially makes for very hectic late game situations as the safe zone can get minuscule while there are still a lot of players remaining on the map.

On the flip side, constantly coming up against players who may have been eliminated before could lead to some crazy number of kills for those who can keep mowing down enemies from start to finish.

As for how crazy things can actually get in this mode, OpTic Gaming’s TeeP experienced the mayhem firsthand as he tried to fend off several enemies at once in a very late-game situation.

The "Down But Not Out" LTM Blackout mode has already proven to be pure mayhem.

As mentioned above, Down But Not Out went live on January 16 and will only be available until January 30, when it will go offline at 10 AM PT / 1 PM ET.

The mode is currently only available on the PlayStation 4, as per Sony’s seven-day exclusivity agreement with Activision, and will be available on the Xbox One and PC platforms on January 23. 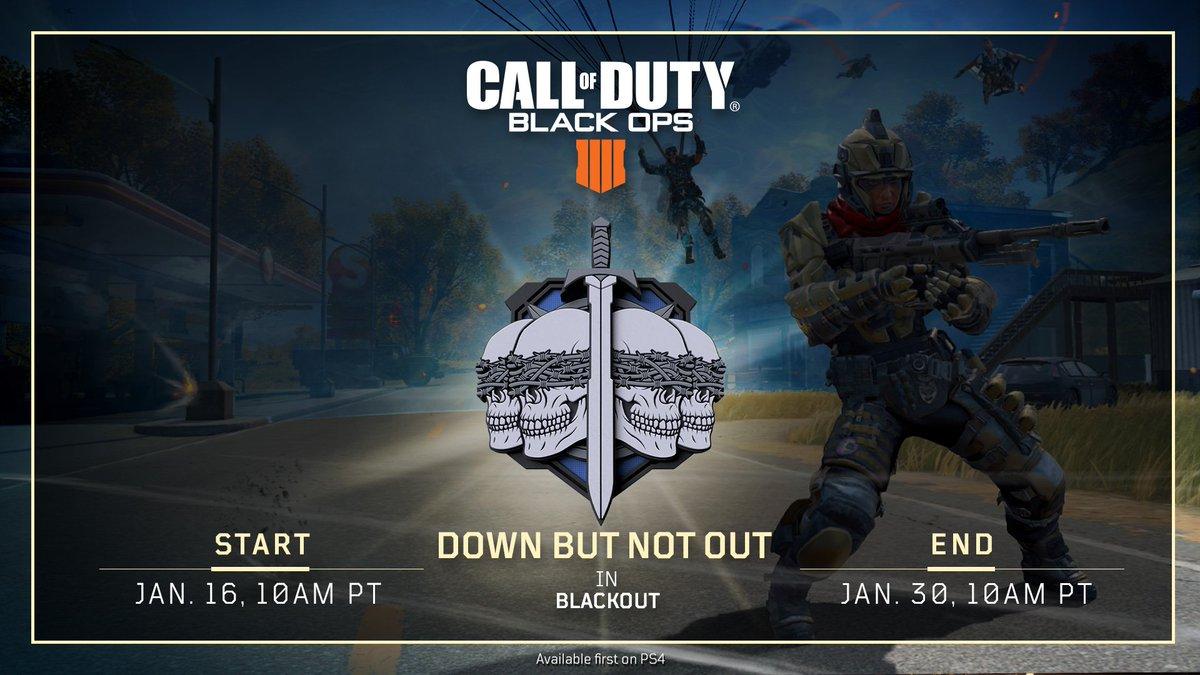