With the release of Call of Duty: Modern Warfare just days away, hundreds of the game’s customization options and cosmetic items have been leaked.

The anticipation surrounding the launch of Modern Warfare has reached a boiling point, as its October 25 release date continues to draw near.

As is usually standard in the days leading up to a Call of Duty title’s release, massive leaks have begun surfacing about the various aspects of the 2019 installment.

The latest leak comes courtesy of Reddit user ‘Senescallo,’ who took advantage of Activision allowing the game to get pre-loaded by accessing the back-end files on PC and extracting information.

His video below showcases more than 250 options that players will have when customizing their characters with cosmetics, ranging over several different categories of items.

The video starts off with Operator skins, although the ones shown are more or less just different color schemes of the same standard clothing. Once the game launches, there will likely be a lot of extravagant outfits that players will be able to obtain.

Next come the weapons, which could be the most exciting part of the clip, as there are a ton of different customization options showcased. With each gun having a plethora of attachments, and there being a series of designs for each attachment, there will be virtually no limit when it comes to how players can deck out their weapons.

Following that are the weapon charms, which are little trinkets that will be hanging off the side of the gun. We got a taste of this during the beta, and it looks like Infinity Ward have a large amount of charms ready for when the game drops.

Last but not least, watches. Watches are a new addition this year, as each character will wear one in-game and accurately display the player’s local time.

According to this leak, those items too will  be able to be customized, and some of the options look impressive. 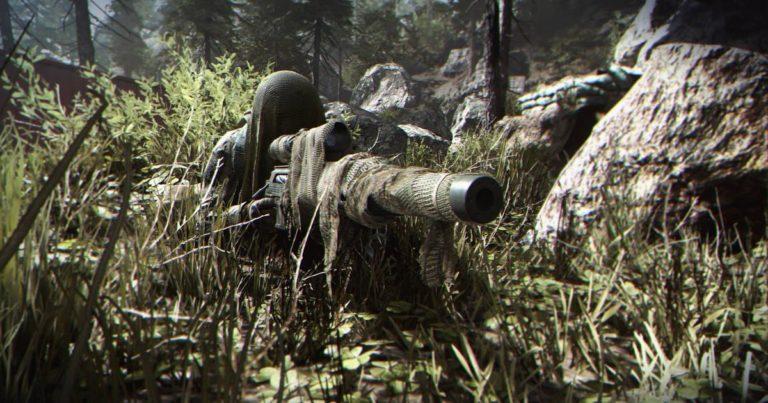 Could some of the Operator cosmetic skins offer an environmental advantage to players?
[ad name=”article5″]

Modern Warfare will not feature a loot-box style microtransaction system, so players should be able to unlock at least some of them by grinding the game.

However, while it hasn’t been confirmed yet, the game is likely to have an item shop for cosmetic items, so some of the ones shown in the video may need to be purchased.

Modern Warfare releases on October 25, 2019 for the PlayStation 4, Xbox One, and PC.