Evolving armor was first leaked in Apex Legends back in September of 2019 after data-miners discovered it in the Voidwalker event’s game files.

When equipped, this armor would start off at the base Level 1 and improve as the player got more kills, with the potential to ramp up all the way to Level 4, giving the player an additional 125 health points. 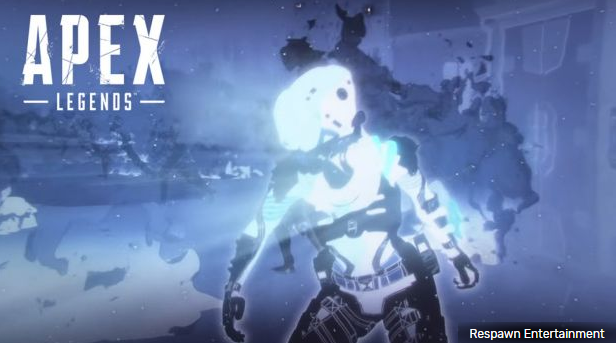 Could we see Evolving armor in Apex Legends sooner rather than later?

Shroud, who hasn’t played much Apex Legends since September, heard about this leak for the first time while streaming the new Third-Person limited-time mode in the Grand Soirée Arcade Event.

“That is an interesting mechanic,” he said, becoming more and more invested in the idea. “I never thought of that, that is really interesting.”

“So, essentially, everybody starts off at a level playing field and whoever is farming harder, as in frag-wise or damage-wise, they get better buffs. That’s crazy, that is really cool, actually.” Evolving armor would really shake up how Apex Legends is played, both casually and competitively.

The more he thought about the mechanic, the faster his brain worked at analyzing all of the potential positives that such a thing would bring to the battle royale.

While some may argue against this idea because it would reward more aggressive players, shroud doesn’t think that’ll be the case.

“Because you think ‘Okay, if you just hold W, you’re going to win,’ but that’s not true,” he continued. “I’m going to have to see how that’s utilized, but that is a really good idea. I really like that, if they can do it right. I’m sure they’ll do some testing.”

Seeing as how much shroud loved the idea of this Evolving body shield, if it were added to the game, he might be more keen on returning to the battle royale he was pretty much the face for in the first half of 2019.

However, over the past few months, he hasn’t really been playing Apex Legends. This is partly due to his love for Escape from Tarkov, but also because the game has gotten stale for him, limiting his interest to hopping on here and there to try out a new mode or something of that sort.

He recently admitted that Respawn would have to make several major changes to the game for him to return, such as changes to the weapon and Legends meta and for the title to become “more adaptive” – something for which Evolving armor could be a big part.

How to unlock the LAPA in Warzone and Cold War